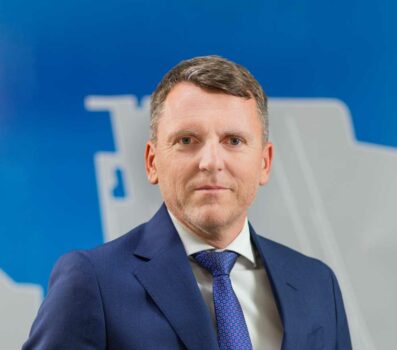 Boštjan Napast graduated in mechanical engineering and began his career in 1995 with the company Projekta inženiring d.o.o. in Ptuj as a mechanical installation designer. He continued his career as lead designer at Menerga Energie-Technologie d.o.o. in Maribor. In 1998, he joined Petrol d.d., where he held several managerial positions. As director of Petrol’s Maribor wholesale business unit, he successfully implemented the unit’s restructuring. In 2004, he took over the management of the petroleum products sales division at Petrol, and from 2005 to 2009, as a member of the management board, he was in charge of the energy, investment, technical development and quality division. During this period, he was involved in the digitisation and optimisation of the company’s processes, which contributed significantly to the company’s success. After the expiration of his term of office, he continued to work for Petrol as an advisor to the management board for two years. In 2011, he took over the management of Geoplin d.o.o. and over a ten-year period, he successfully transformed it from a local to a regional company. Following a resolution by the company’s supervisory board, on 3 December 2021 he commenced his five-year term of office as president of the management board of Luka Koper, d.d.