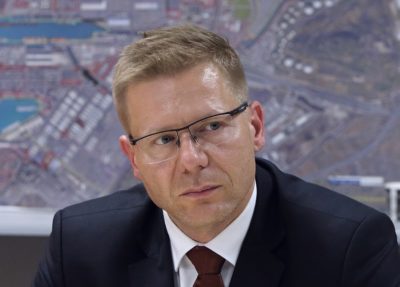 Metod Podkrižnik graduated in mechanical engineering and obtained a master’s degree in economics. He began his career with the company Gorenje d.d., where he was in charge of the interior furnishings production line. Between 1999 and 2006, he was employed with the Agency of the Republic of Slovenia for Commodity Reserves, where he was responsible for a project aimed at establishing 90-day oil-product reserves in Slovenia and for their efficient maintenance. Between 2006 and 2008 he worked as deputy general manager at Holding Slovenske elektrarne (the state-owned power-generation company), where he managed the development department and performed other executive functions aimed at improving the holding’s performance, including risk management. Between 2008 and 2015, he continued his business career at the OMV Group, where he was in charge of product supplies, sales, customer support, logistics and other key business functions in the Group’s subsidiaries in Slovenia, Bosnia-Herzegovina, Croatia, Hungary, the Czech Republic and Slovakia. During his employment with OMV, he was appointed procurator in several of the group’s subsidiaries and performed the function of director general at OMV Slovakia for two and a half years. In 2016, he joined the logistics company Fersped d.o.o. as company director. Following the resolution of the company’s supervisory board, on 29 December 2017 he commenced his five-year term of office as a member of the management board of Luka Koper, d.d.