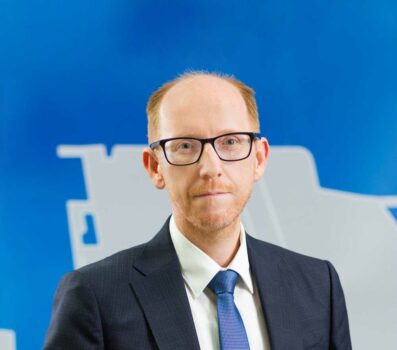 Vojko Rotar has a degree in economics. He started his career in 1995 in the freight-forwarding company Avico d.o.o. in Ljubljana and continued to work in the field of logistics and international trade until 2003, gaining a great deal of experience in the sphere of port operations and ports’ role as transit points for international goods flow. His understanding of the general economic environment and the functioning of the entities within it opened the way to various jobs within the media and communication sector, where he tried his hand as an editor, journalist, correspondent, photo-journalist and online reporter for several Slovenian media outlets. For four years, he was responsible for public relations and marketing at Marjetica Koper, a public company based in Koper, and worked in a number of areas related to promoting good environmental practices and engaging with the local community. Following a resolution by the company’s supervisory board, on 16 February 2018 he commenced his five-year term of office as a member of the management board – Workers Director – at Luka Koper d.d.