A new cruise-ship season is at the door

Presenting ourselves at the Seatrade Cruise Global trade fair. 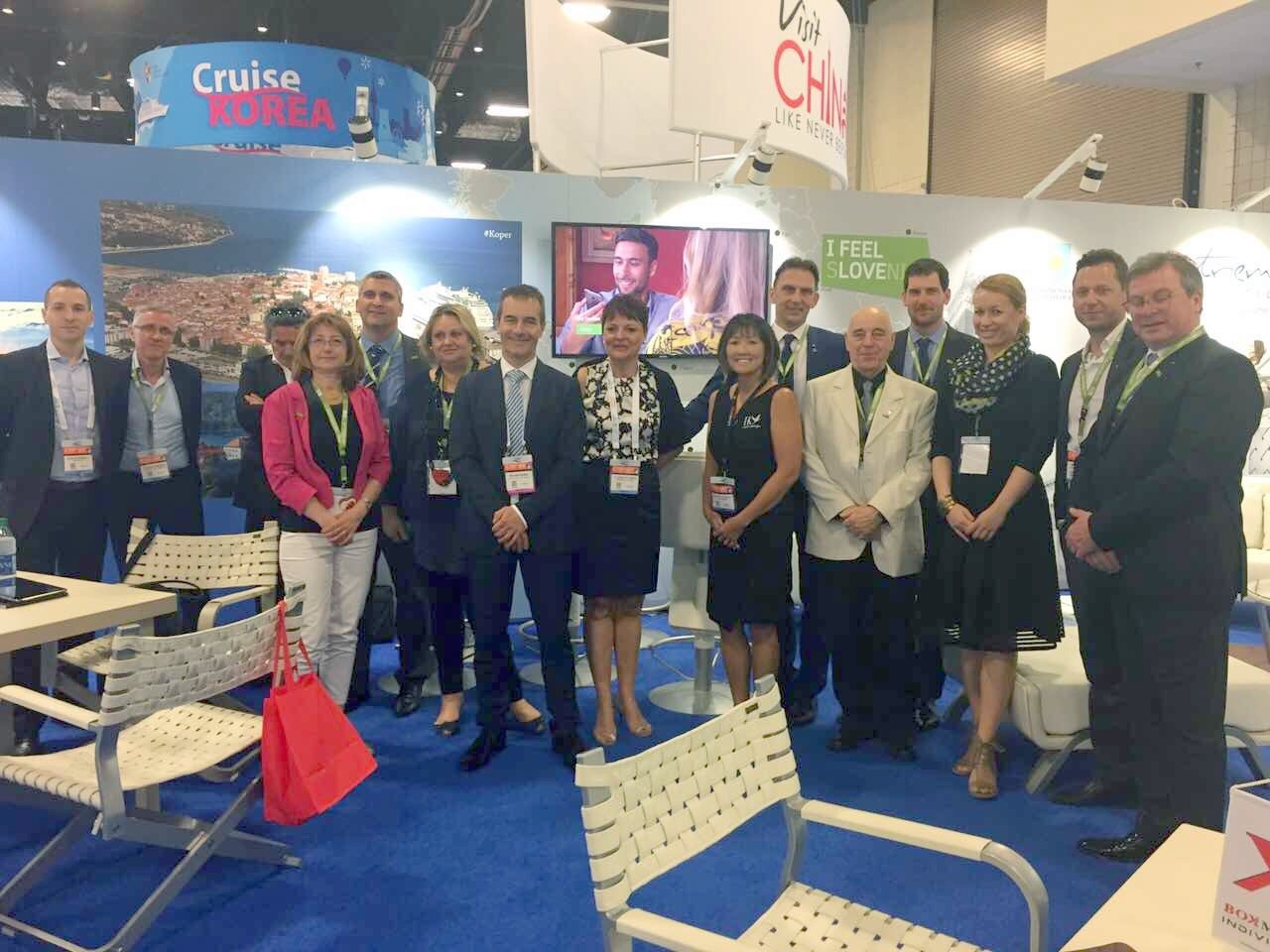 Seatrade Cruise Global 2017,one of thelargest cruise-industry trade fair in Florida, opened its gates this week. The event, attended by the most important stakeholders in the cruise industry, attracts shipping companies, ports, shipyards, travel agents, representatives of local and national tourist associations, and others. For the twelfth consecutive year, there is a Slovenian stand at the fair, and the event is being attended by representatives of the Port of Koper, the City Municipality of Koper, Boxmark Leather, the Slovenian Tourist Board, the public agency SPIRIT Slovenia, and the tourist agency Atlas Express. The promotion and presentation activities at the trade fair are also being supported by the companies Centralog, Avrigo, Istranka, Marjetica Koper, Roundabout and Vinakoper and by the Portorož Tourist Board. A wide range of products and the promotion of Slovenia as a green and diverse Central European tourist destination have attracted the interest of many tourist operators and cruise organisers. Equally promising is the data from MedCruise, the association of Mediterranean Cruise ports, stating that in the category of smaller ports, Koper is among those registering the highest growth in passenger arrivals in the Mediterranean: only last year, we registered a 36-percent increase in this segment compared to 2015.

According to projections, this year we will host 60 cruise ships in Koper with approximately 70,000 passengers aboard. The Viking Sea, scheduled for March 18, will open the season, whereas the MSC Musica – boasting a capacity of 2,550 passengers and the largest cruise ship that will moor in our port – will close the season on November 11. The cruise ship seen most frequently will be the Thomson Dream, which will visit us 12 times. This season, the shipping companies Holland America and Azamara will return to Koper with their cruise ships Westerdam and Azamara Quest. In addition to the Westerdam, the other cruise ships that we will see in Koper for the first time are the Silver Muse, the Sea Princess, the Viking Sky, the Viking Star and the Viking Sun. Half of all cruise-ship arrivals are scheduled during weekends. On average, the cruise ships coming to Koper this year will stay 10 percent longer than in previous years.