Between Saturday night and Sunday morning, 700.000th TEU was handled in Port of Koper this year. 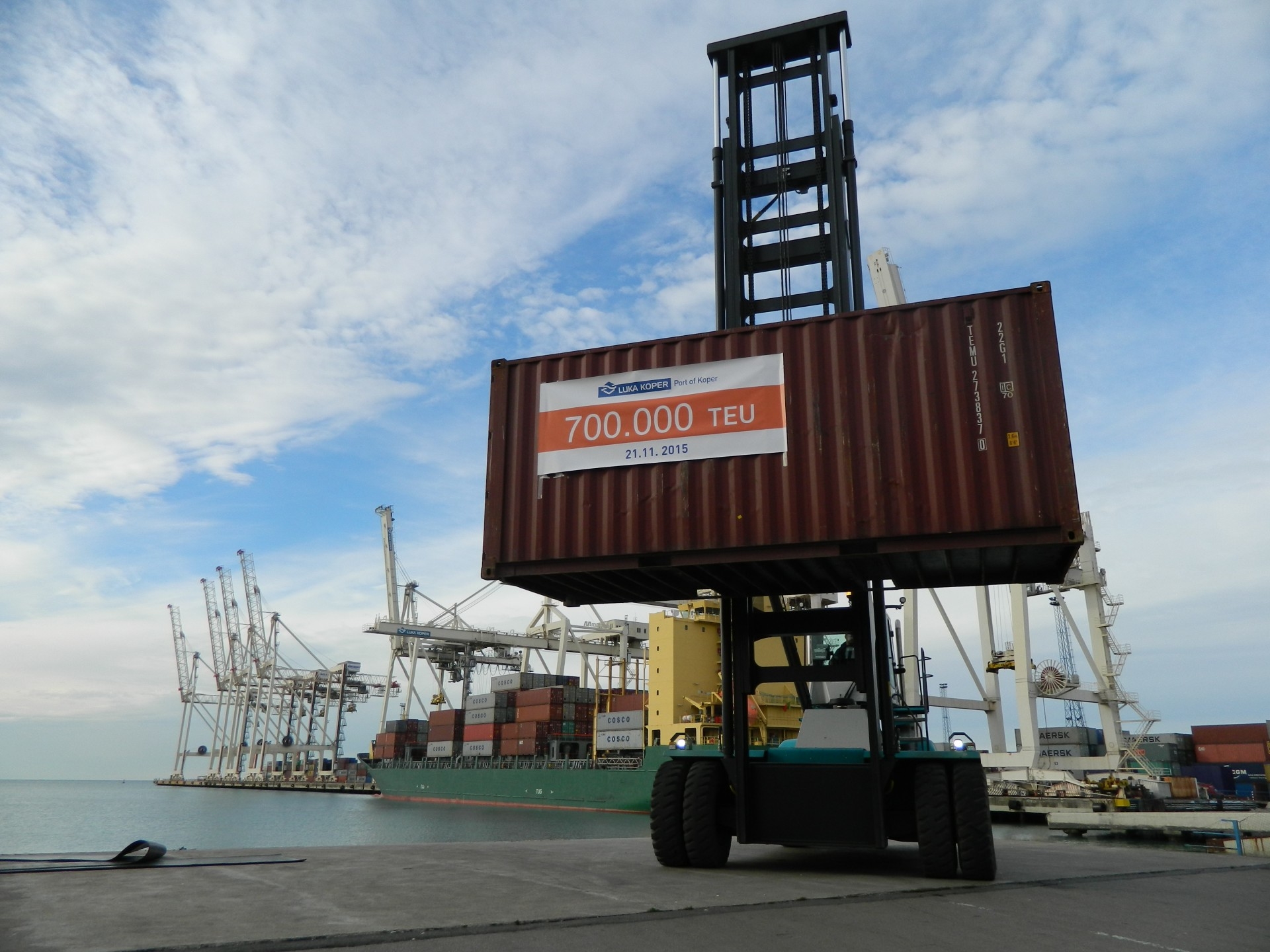 The container was unloaded from the vessel Asia of the China Shipping company. » A new historic milestone was reached which proves the soundness of the company’s strategic decision placing the main emphasis on the container segment. In this occasion I would like to thank in particular my colleagues, who with persistence, professionality and quality proved that Luka Koper is reliable. And obviously the business partners who believed in us, helping us grow,« commented on this achievement the President of the Management Board Dragomir Matić.

First containers were transhipped in the Port of Koper in the 1960s as parcel goods at the quay where the cruise ships are calling at today. The container terminal with capacity of 50.000 TEUs was established in 1979 in the area where the present terminal is located. The year after, containers represented one quarter of handled goods in the Port of Koper, which amounted to 2.5 million tonnes at that time. For comparison, last year 19 million tonnes were handled, whereof 674.000 containers. The decision about constructing the terminal had proved wise, since in the following decade containers “flooded” global seas and today Koper boasts with the largest container terminal in the Adriatic.

Due to the worldwide containerisation trend a significant part of resources has been invested in the container terminal in recent years. In 2009, the Pier I was extended for 150 metres and equipped with four larger post-panamax container cranes. New areas were arranged for the storage of containers.

In future five years, 235 million euros are planned to be invested in the terminal, and this investment comprehends the extension of the Pier for additional 100 metres (to the total length of 700 metres), acquisition of four superpost-panamax cranes and other equipment, construction of two new railway tracks, the extension of three existing ones is underway, reinforcement of storage areas for empty and full containers. Last week, the dredging along the container quay to the depth of -15 m was completed.

Because of the competition likewise the extension of the Pier I and the investments in the container terminal are crucial, since the neighbouring ports have ambitious plans in this respect, too.