After more than ten years, the first ship owned by Slovenian shipping company Splošna plovba has moored in the Port of Koper. 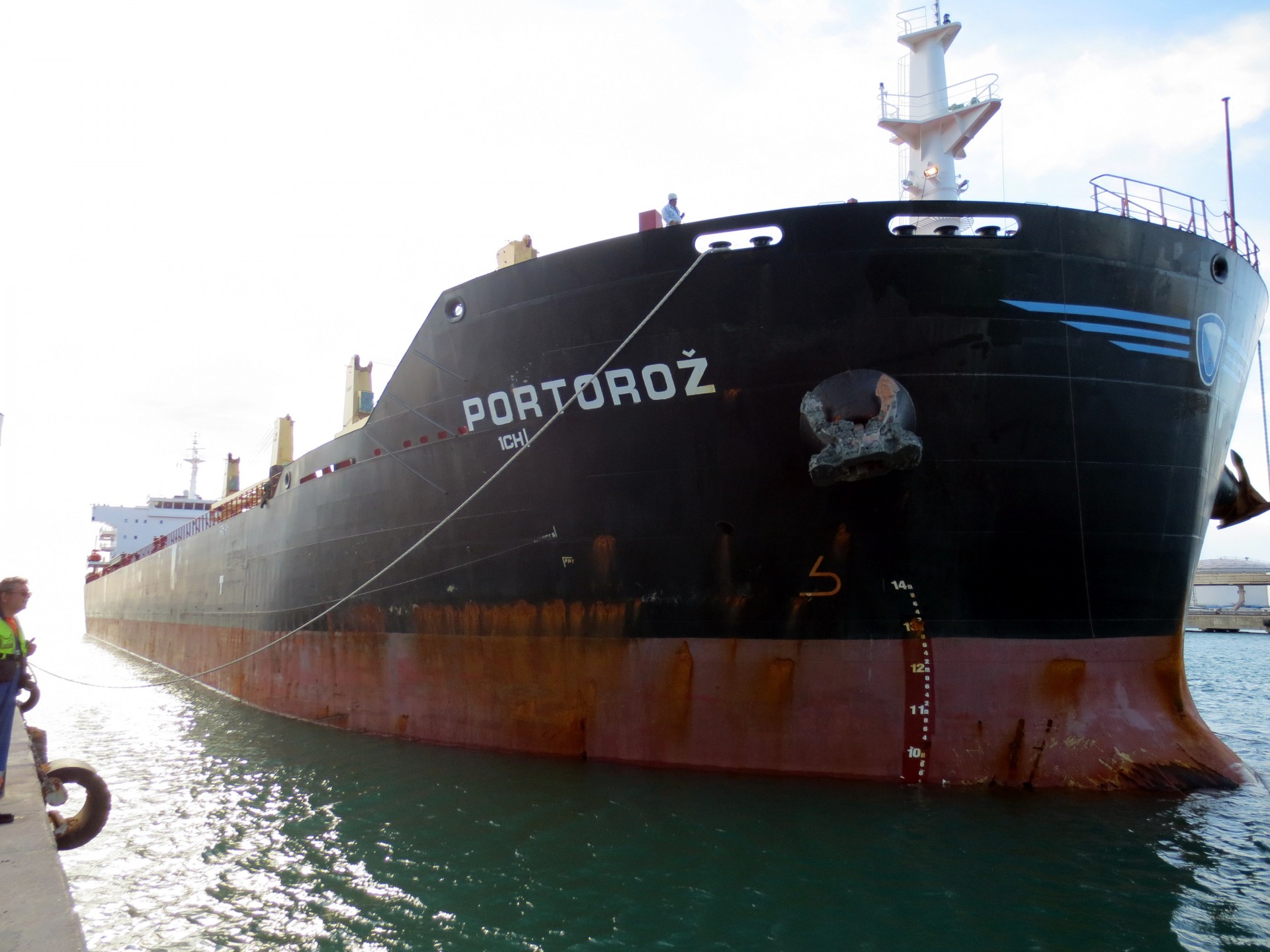 The ship Portorož, named after the very known Slovenian touristic town on the coast, is one of the thirteen vessels in the fleet of Splošna plovba who operats mainly outside the Adriatic Sea. Portorož is their most modern ship. It is 190 m long, 32 m wide, and its draft is 12.80 m. It brought to Koper 11.000 tons of steel products.

The President of the Management Board of Luka Koper Dragomir Matić has greeted the first arrival of Portorož and it’s captain Vitaly Ermolaev in Koper with a symbolic photo of the first ship moored in, at that time new Koper port late in the 1958. It was the ship Gorica which also belonged to Splošna plovba.