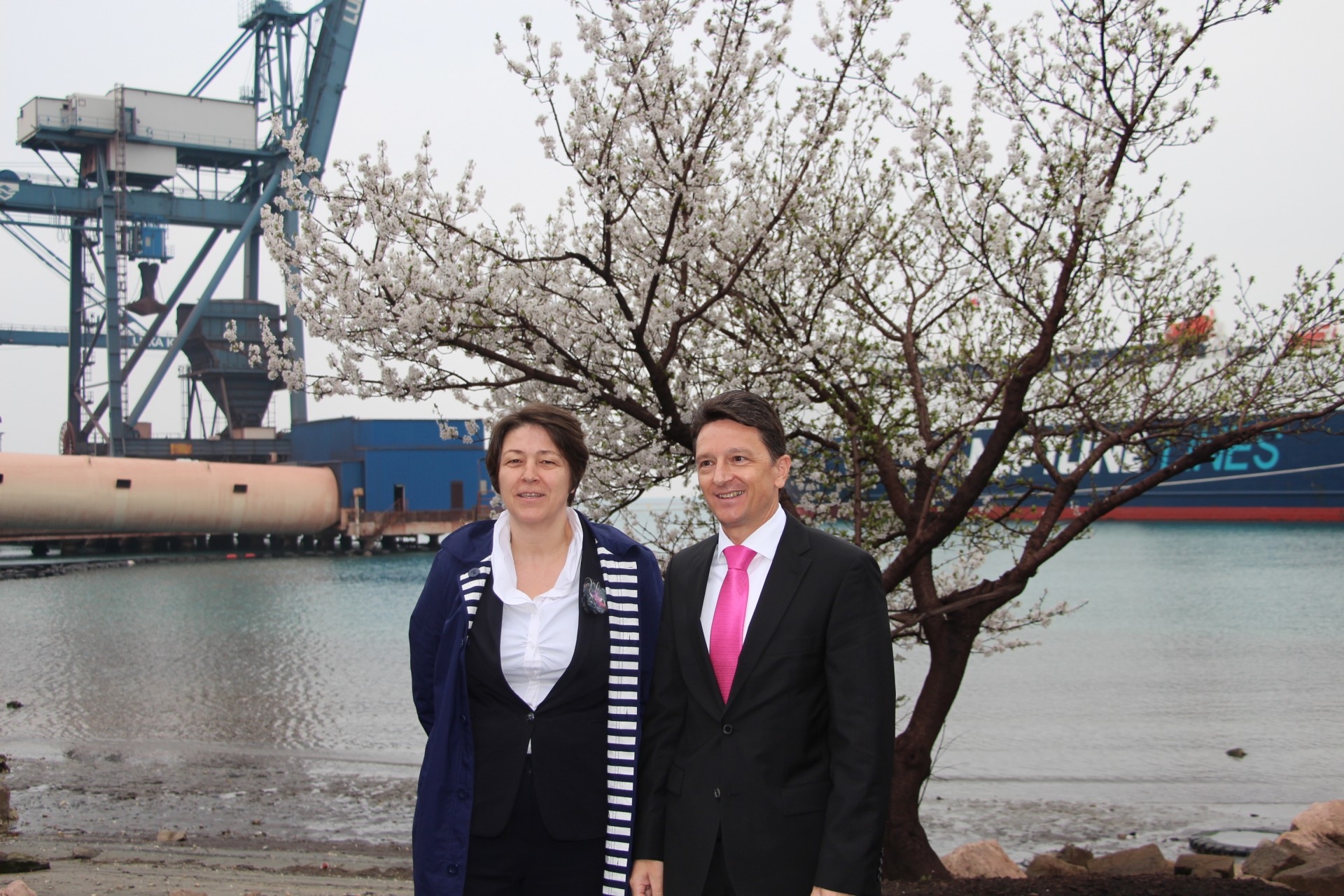 Koper, 16th March 2015 – European Commissioner for Transport Violeta Bulc visited today Luka Koper and met with the company’s management who presented her the plans for the development of port’s infrastructure. She also met with the presidents of the port authorities of Trieste, Venice and Rijeka, which, together with Luka Koper, form the North Adriatic Ports Association, the NAPA.

“Luka Koper is a successful example of a European transit port, where more than 70% of cargo flows are of transit nature. We are confident this visit will strengthen the awareness to ensure reliable and modern connections with the hinterland markets, located on the axis of two important transport corridors, the Adriatic-Baltic and the Mediterranean corridor”, said Dragomir Matić, president of the management board of Luka Koper.

Matić presented to the commissioner the ambitious plans for the development of the port infrastructure, amounting to 800 million € until 2030. Special focus will be given to container freight, which has the largest potential with a stable growth. The Luka Koper container terminal has been for years the largest one in the Adriatic area and the investment plan is aimed to retain this position – the short term plan anticipates increasing the current terminal capacity from 850,000 TEUs annualy to 1,150,000 TEUs annually by 2018. However, Luka Koper wants to preserve its multipurpose character and develop also other cargo segments. The diversification of cargo proved to be a key advantage of Luka Koper in the years of worst economic crisis, not to forget the organisation of the company itself (one company managing the whole port area and terminals), which can be more flexible than the other models. An important cargo segment shall remain cars, with Koper as a second largest car terminal in the Mediterranean and the general cargo and perishables segment. Investments in other facilities are also planned, depending of the situation on the market.

“Luka Koper is one of the few concessionaires in Europe who invests in port infrastructure exclusively by itself. It is a proven sustainable business model and we are ready to continue with this type of model. We shall finance new investments with our own cash flow, bank loans and with EU funds. We rely especially on the co-financing (CEF) for investments focused on public port infrastructure, as other North Adriatic ports do”, added Matić and warned that a ports can develop only together with the modernization of the railway network, since 60% of the modal split of port of Koper is represented by rail.

The commissioner Bulc said that Luka Koper is of crucial importance for the integration of the whole paneuropean network of transport corridors. “Ports can be successful only if they are systematically integrated in the wider transport system including railways, roads and airport”, it was stressed by the commissioner. She also mentioned the role of new technologies in the ports sector, reminding the ESPO Award 2014 (European Seaport Organization), won by Luka Koper for innovative projects for ecology and sustainable development.