In the morning hours of the 22nd December 2022 we set a historic milestone. We handled the millionth TEU of this year, crossing the magic number we have been chasing in the last years. In addition, we became the first port in the Adriatic to exceed one million TEU in one year. Committed to continuous improvements we are ready for new challenges in the coming year. 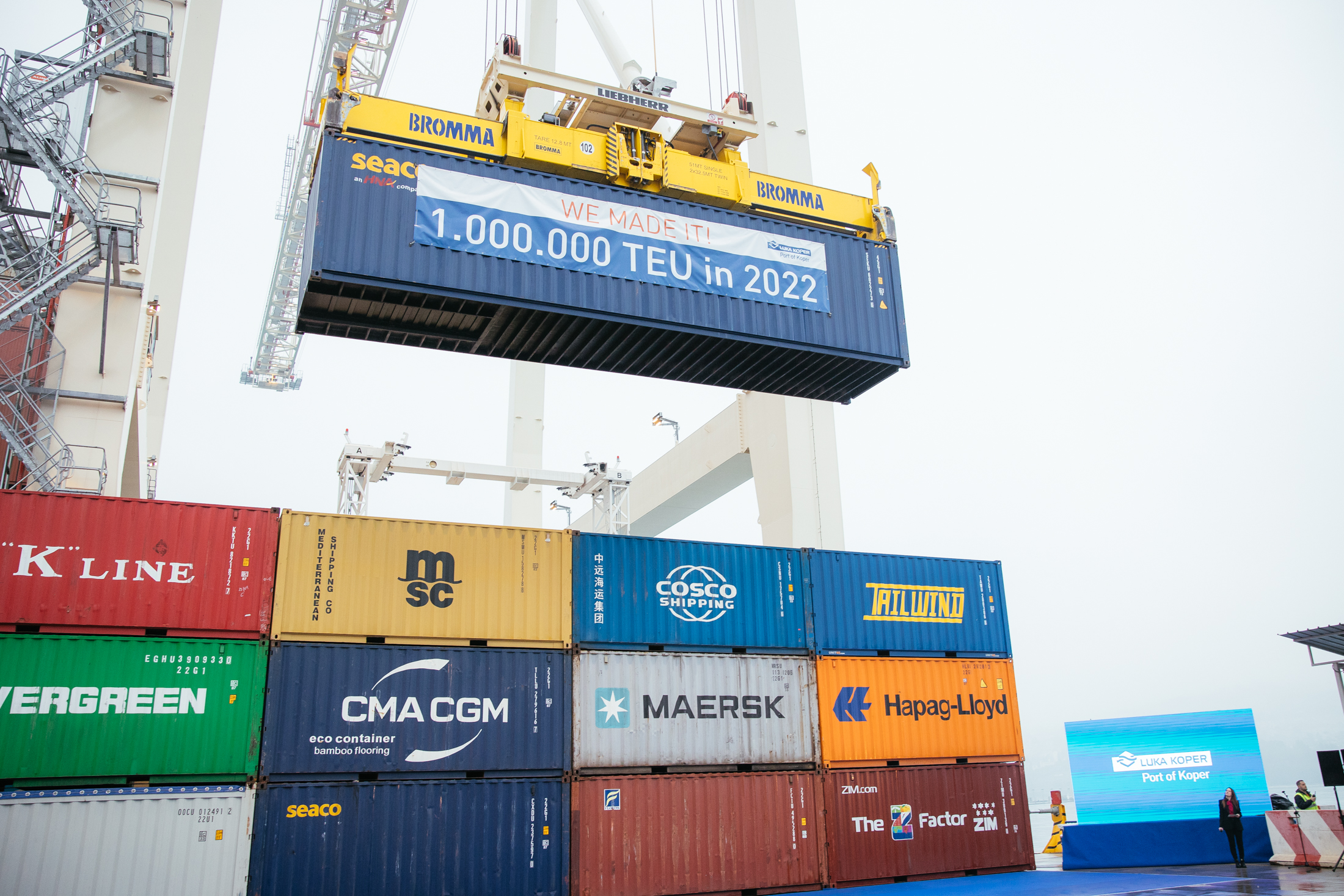 “This is an important milestone, especially in the light of the current global situation in logistics sector. The company congratulates all the employees at the Container terminal and involved business partners, whose work justifies the reputation of the most important container terminal in the Adriatic”, commented Mr. Boštjan Napast, president of the management board of Luka Koper, d. d.

In the last two years the Koper Container terminal has seen an intensive investment period; a new extension of the quayside and additional stacking areas was completed, while the latest improvement was the installation of two spuer post-panamax STS cranes in May this year. All the investments were carried out with the terminal being fully operational, which in itself is an achievement.

“I am glad that Luka Koper is investing, growing and that it is led by people who have a clearly defined vision and goals. I believe that this will not be the last milestone that the port of Koper will reach in the future. We have been chasing a million container units for a long time, so today is a historic achievement. Such events are extremely important, because even in uncertain times they strengthen the status of our port, economy and country on the world map,” pointed out the celebratory speaker, Minister of infrastructure of the Republic of Slovenia, Mr. Bojan Kumer. 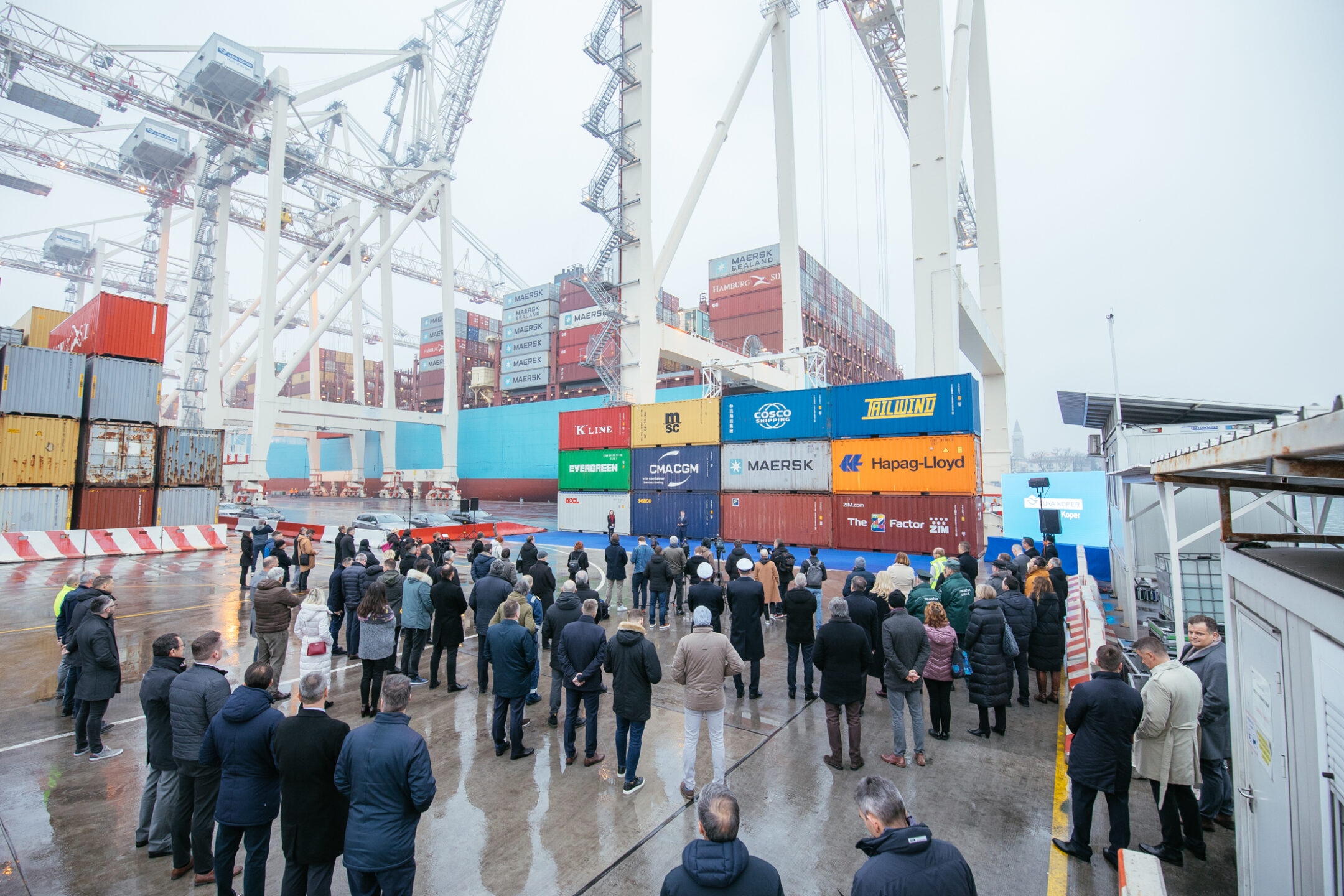 The further growth in container throughput and the high level of productivity will depend to a large extent on the Pier I extension project. These investments include additional quays and stacking areas on the northern part of Pier I, purchase of additional shore cranes, extension of terminal’s rail yard, expansion of the terminal’s storage areas in the hinterland and the purchase of various handling equipment. According to global logistic trends, the containerisation trend continues – this is evidenced by the past growth of containers in Koper and by the assessment of the market potential of our hinterland markets. The capacity increase is the answer to the expectations of ship-owners and other port users, and the company will be able to maintain its competitive advantages, which for many years have put the Koper container terminal in first place in the Adriatic. The new development cycle of the container terminal follows the timeline of the construction of the railway line Koper – Divača, which should be operational in 2026.

Miha Kalčič, director of the Container terminal added that “this milestone is the proof that we have been working and invested in the right direction. This historic million is also important because it further strengthened us as the first container terminal on the Adriatic, which means we can expect new volumes and maritime services.”