In love with logistics 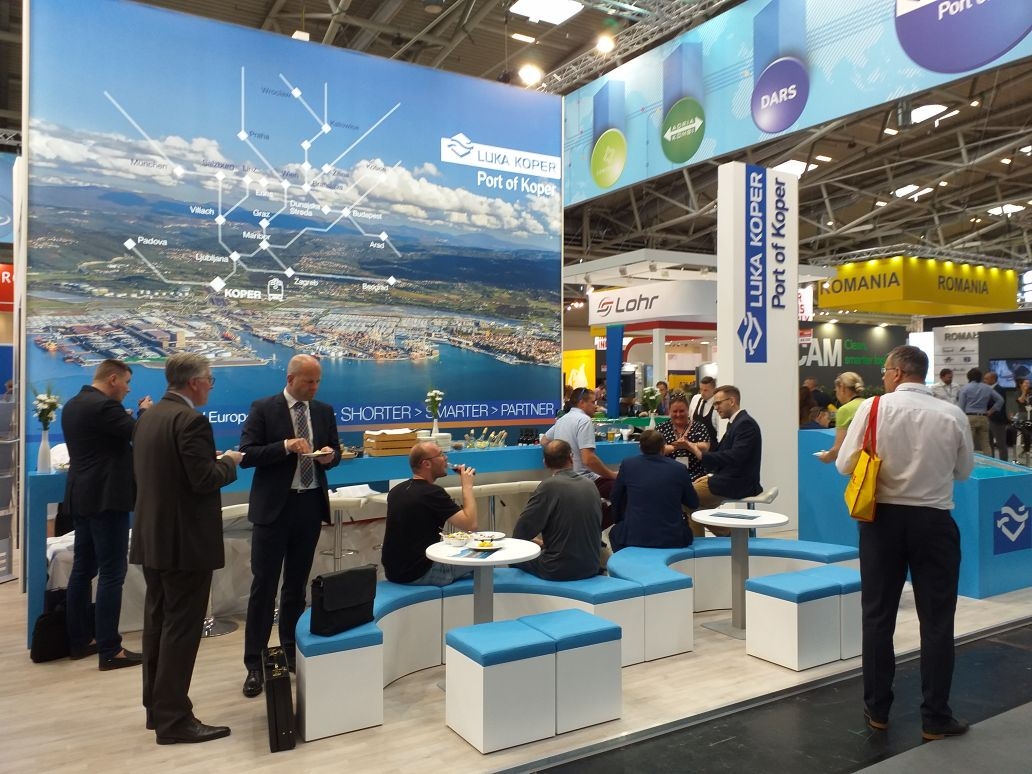 With this slogan, 19 logistics companies from Slovenia, under the auspices of the SPIRIT agency, are attending the world’s leading trade fair for logistics – Transport Logistic which takes place every two years in Münich. In the next four days they will present the advantages of the logistics route via Slovenia on a 280 square meters stand (219/320) in the Hall A4.

The today’s opening of the fair was attended by the Slovenian minister of economy Zdravko Počivalšek, who is on a two-day visit in Bavaria. In his address to representatives of Slovenian and foreign logistics companies, he pointed out that Slovenia has a strategic geographical position as it lies at the crossroads of several European corridors. In addition, it has a rich tradition and knowledge in logistics, as it exports 80 percent of its production. The Minister also highlighted the extensive investments, such as the modernization of the entire Slovenian railway network, the construction of an additional rail track between Koper and Divača, and the construction of an additional tunnel crossing the Alpine Karawanks mountain range between Austria and Slovenia.

At the fair, the Port of Koper is represented by a numerous delegation, representatives of all port terminals, led by Metod Podkrižnik, member of the Management Board. Port of Koper has focused its presentation mainly on a diversified and vast network of railway connections between the port and the largest economic centres in Central Europe. The Port of Koper has one of the highest percentages of cargo transported on rail among European ports, almost 60 percent. More than 60 trains daily connects the port with inland markets, which at the annual level represent almost 24,000 trains.

The event, which has a 30-year tradition, this year attracted a record number of 2.360 exhibitors. An interesintg fact is  also that the number of Chinese companies attending the event has doubled compared to the previous edition. Aside from the fair, there will be 50 forums focusing on the world economy, digitization, lack of drivers and skilled workers and sustainable logistics in cities. A great deal of emphasis will be placed on rail transport – most countries are predicting concrete programmes to promote the shift of freight from road to rail. Regarding ports, sea freight is currently mainly challenged by additional costs due to the new sulfur limit and the use of renewable energy sources.