Koper and Rijeka are competitors but also partners 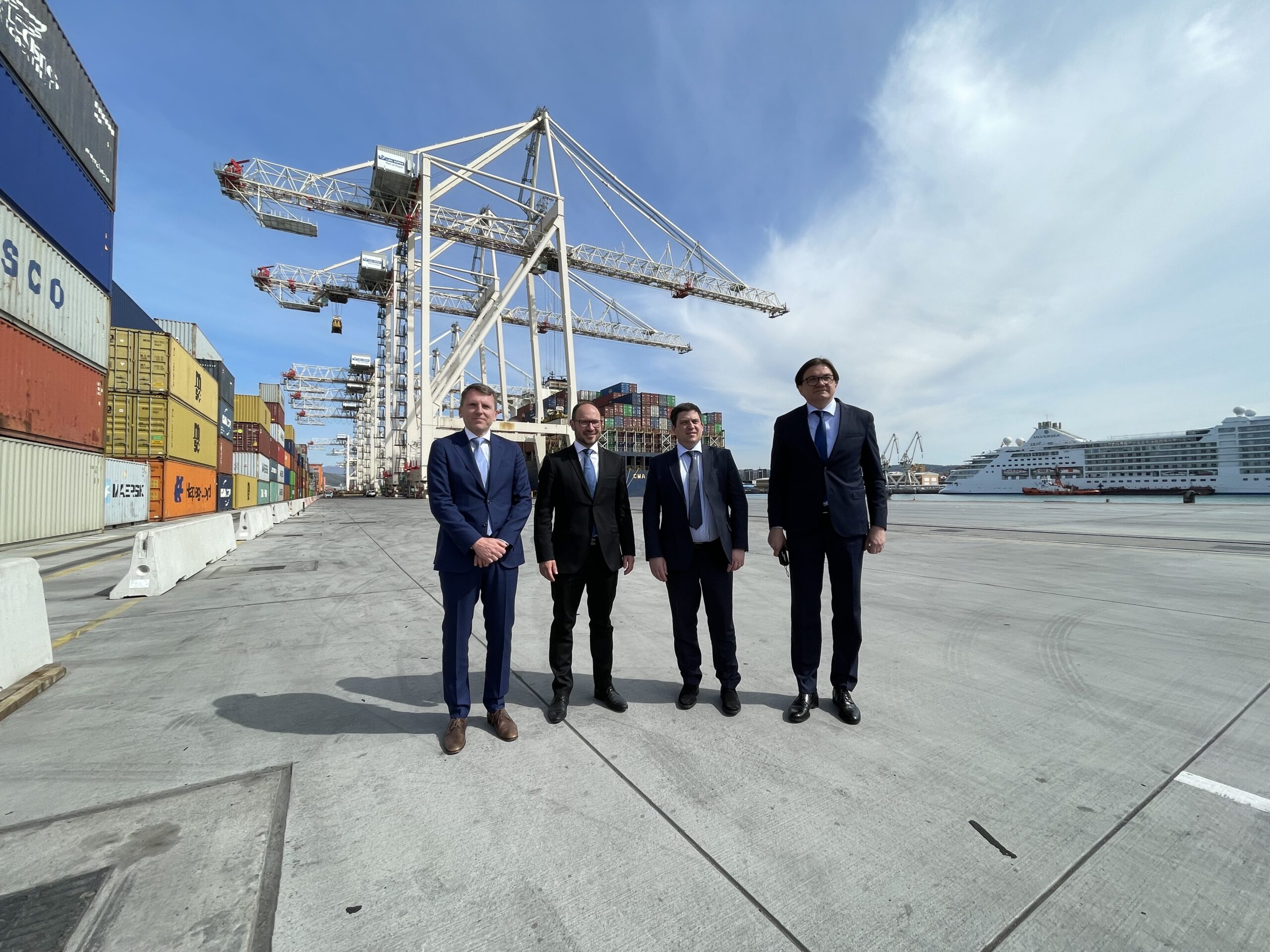 Today, 13 April 2022, we hosted the Slovenian Minister of Infrastructure, Jernej Vrtovec, the Croatian Minister of Maritime Affairs, Transport and Infrastructure, Oleg Butković, and the President of the Rijeka Port Authority, Denis Vukorepa, on a working visit. Boštjan Napast, President of the Management Board of the Luka Koper, presented the Slovenian port’s business and organisational methods. The guests also had the opportunity to observe the port at work and to visit the areas planned for the port’s expansion.

“I am glad that we have been able to meet in such a group and I am impressed by everything I have seen at the Port of Koper. My sincere congratulations. We all know that you are the leading port in this part of the North Adriatic, that you have a smart governance concept that has been carefully developed from the very beginning, and that the port is majority state-owned. We are still in the development phase and we are struggling, but we will have to join forces and do our very best to adapt to the new conditions around the world and in our part of Europe,” Butković said, commenting on the Slovenian port’s governance model and operational performance.

Vrtovec stressed the need to improve the connection to the hinterland as soon as possible. “We are constrained with regard to the expansion of the Port of Koper, although in the last year we have increased the concession area by a further 18 ha. I am convinced that the construction of the second railway line will speed up work and free up terminals at the Port of Koper.”

Napast shared encouraging news about acceleration in the development and capacity of the Container Terminal: “Two new super post-Panamax cranes are arriving. We will also be opening up additional container stacking areas in the next month, and we have already secured additional storage areas. All in all, we have increased our capacity by about fifteen percent. At the same time, we are in the process of acquiring new equipment that will further speed up operations.”