Koper is a Natural Hinterland of Bavaria

Bavarian businessmen are interested in the transport route via Koper 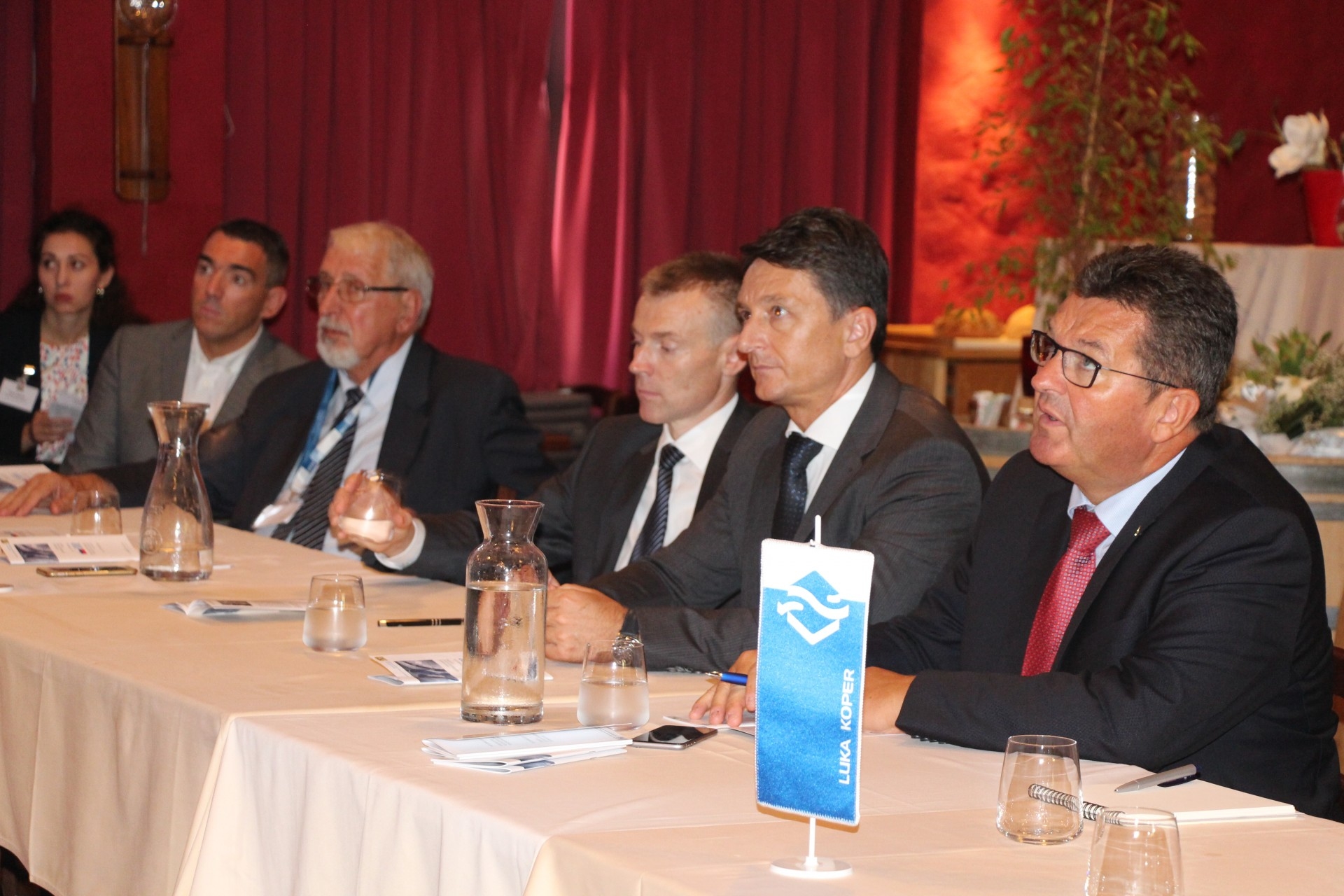 In the organisation of the German-Slovenian Chamber of Commerce and Industry, the delegation of representatives of the leading Bavarian companies in the field of logistics, IT, car industry, etc. as well as the representatives of the regional Chamber of Commerce and the Bavarian Association of Transport and Logistics Undertakings (LBT), is on a visit to Slovenia in order to enhance the commercial collaboration. The delegation headed by Franz Josef Pschierer, the State Secretary at the Ministry of Economy, Media, Energy and technology, visited Luka Koper on 15th September.

Although Bavaria and Southern Germany in general is an important market for Luka Koper, the potentials haven’t been fully exploited yet. The collaboration began in 1970s when the German market was supplied with fruit and vegetables from the Mediterranean countries via Koper. Due to the preferential trade agreements of the EU this trade recorded a substantial decrease. However, Luka Koper fully seized a new opportunity after Slovenia became the EU member state. Last year, the volume of cargo, mainly perishable goods, timber, livestock and vehicles, handled for the Bavarian market was close to 500,000 ton. The number of vehicles in the amount of 264,000 can in particular be attributed to the new contract with Daimler-Benz Group that chose Luka Koper for the export of its vehicles to the Far East. In addition, Luka Koper has also handled the Volkswagen vehicles for the Mediterranean countries for several years now, and this cargo type accounts for the major part of the total vehicle throughput.

Bavaria is one of most developed and export-oriented German states which leaves a huge potential as to the growth of trade via Koper. The visit of the Bavarian delegation was hence an excellent opportunity to, together with the representatives of Slovenian Association of Port Logistics Providers and the Slovenian Ship and Freight Agents Association present the advantages of the southern transport route. “Koper is a natural hinterland of Bavaria because it is closer than the north European ports. This is our key advantage. However, a reliable logistics route through Slovenia is no less important, and this is currently our major challenge,” said upon the visit of Bavarian delegation Luka Koper’s Management Board President Dragomir Matić and added that according to a recently published study by Drewry, Independent Maritime Advisors, the transport route from China via the port of Koper is the shortest route for the transport of containers to south Germany. “This is what we try to point out in discussions with our entrepreneurs; they can’t just consider the transport cost per container, but also the fact that Koper is 300 km closer to Munich than Hamburg which is time saving. Moreover, the German companies are still not familiar enough with the logistics route via Slovenia and its potentials,” said the Bavarian State Secretary Mr Pschierer.