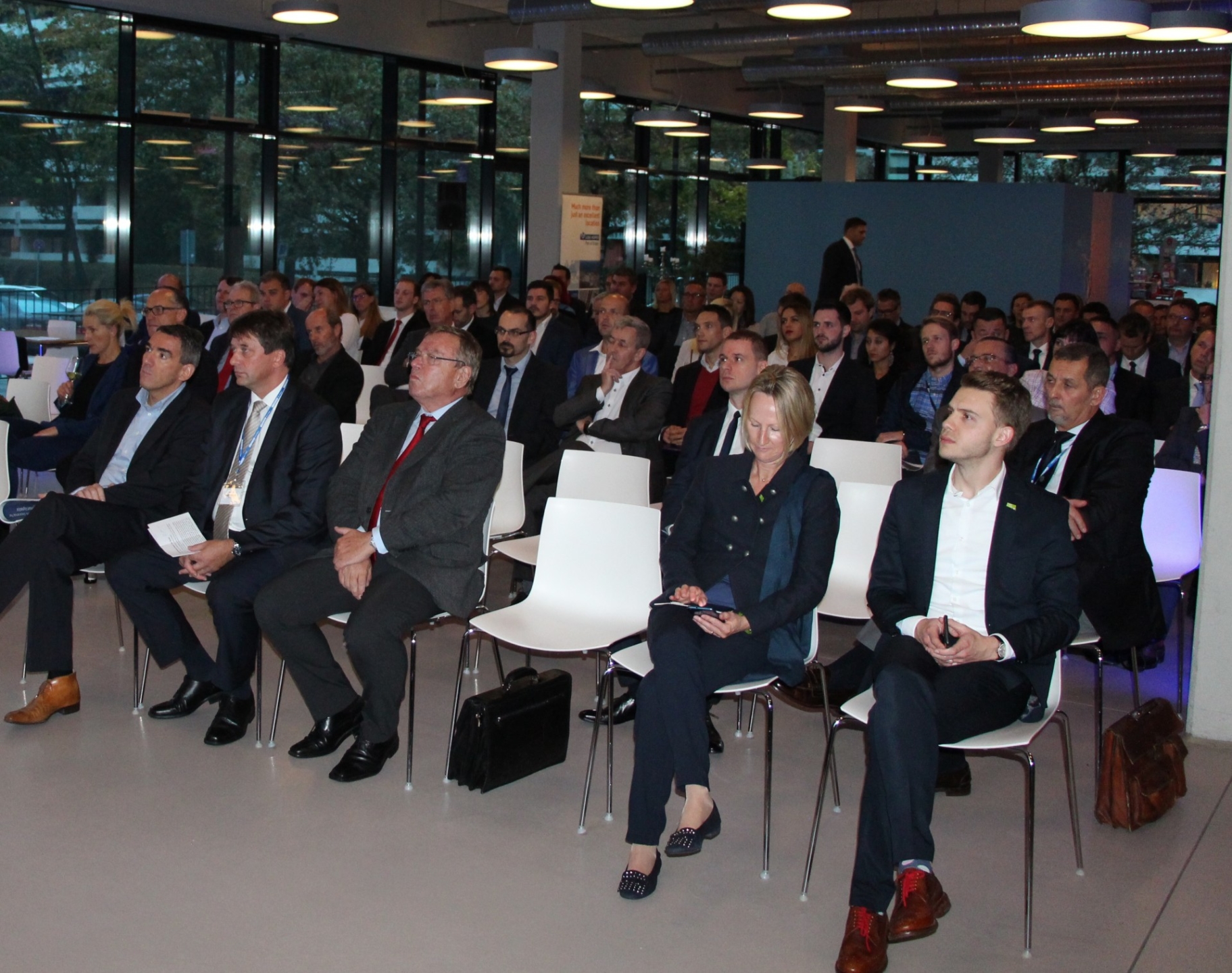 Munich, October 24, 2018 – The business event, organised by the Port of Koper in the Bavarian capital Munich, was attended by approximately 70 representatives of logistics companies made up of shipowners, freight carriers and forwarding agents. Among them, there were also the representatives from logistics departments of some large German manufacturers. The event was also attended by Franci But, Ambassador of the Republic of Slovenia to Germany, and by Dragica Urtelj, Consul General of the Republic of Slovenia in Munich.

For many years the Port of Koper and its port community have strived to attract a higher volume of goods, especially containers from Southern Germany. Bavaria has the reputation of being one of the most developed industrial regions in Europe. The annual container traffic of the Land of Bavaria is estimated at 1.3 million container units (TEU) which is actually twice as much as the container traffic of the entire Austria which imports / exports approx. 0.6 million TEU per year.

The beginning of cooperation between the Port of Koper and Germany dates back to the 1970s when the German market used to be supplied with Mediterranean fruits and vegetables via Koper. Later on, such traffic strongly decreased, but the Port of Koper availed itself of the opportunity offered by Slovenia’s accession to the EU in 2004. Since then, the throughput of most asserted German car brands has increased considerably. In the field of vehicle-handling, the highest throughput has been registered with the Volkswagen Group, including Daimler that since 2015 exports its vehicles to the Far East via Koper. The total volume of cars handled for Germany in 2017 reached nearly 290 thousand units.

The container throughput grew at a slightly lower pace. Nevertheless, the volumes already reach approximately 13,000 TEU per year. Again, the key to success is the optimal combination of maritime and railway transport connections. According to the recent study of the consulting company Drewry, the fastest transport route from Shanghai to Munich is the route via Koper, which is the most cost-efficient as well. From the perspective of railway services, an important role is played by the company Adria Kombi, and its partner Kombiverkehr which, in addition to the regular service, operates three direct container trains in the Koper-Munich direction per week. Its main advantage are short transit times, approx. 1 day, and a possibility of further truck delivery to the final destination. “Higher volumes will be achieved only if we communicate our advantages to our business partners and activities such as today’s event are the right approach. It is a long-distance run, but the good results of our joint work with the port community are slowly but steadily emerging. However, we are all aware that reliability of the transport route via Slovenia is a precondition for a continuation of this process”, stated Miha Kalčič, Market Manager of Luka Koper for the Austrian and German market.