Luka Koper Day in Cairo attended by both foreign ministers

Looking for new opportunities in Egypt. 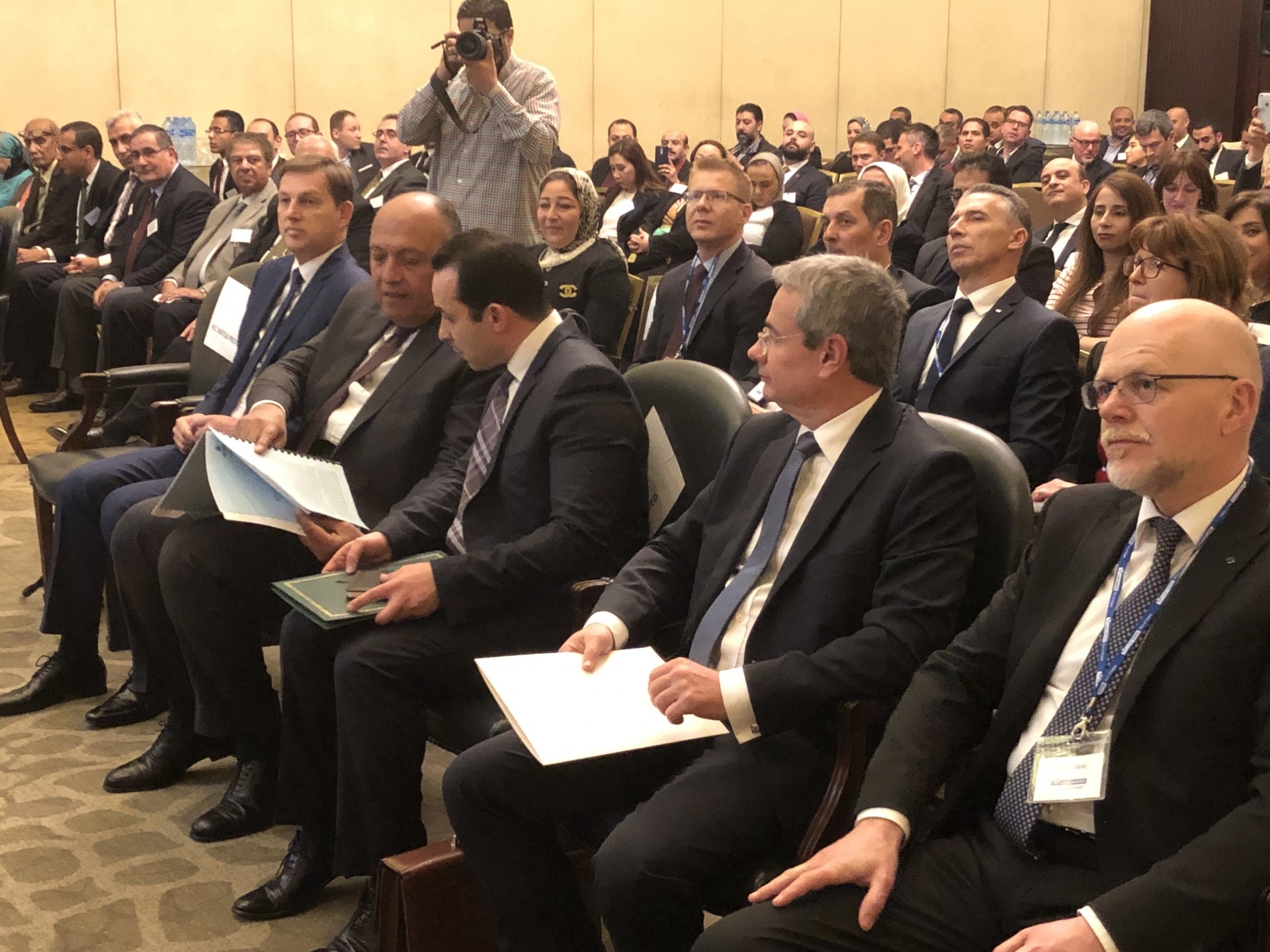 On 13th March 2019, Luka Koper hosted its traditional annual meeting with its Egyptian business partners in Cairo. The participants were also welcomed by two foreign ministers, the Egyptian Sameh Hassa Shoukry and the Slovene Miro Cerar who is currently paying an official visit to Cairo. The event was attended by more than 80 Egyptian freight forwarders and exporters as well as by representatives of Slovenian logistics companies that are already operating in Egypt or are looking for new business opportunities there.

As the Egyptian foreign minister pointed out, business cooperation between Slovenia and Egypt is on the increase and was marked by 40-percent growth last year. He called on the companies from both countries to further increase their investments in Slovenia and Egypt and also announced the intention of both governments to promote and facilitate business cooperation through the reduction of bureaucratic impediments. “Both our countries have a maritime tradition. We are linked by the Suez Canal through which all maritime trade between the Far East and Europe is conducted,” added Shoukry.

Slovene foreign minister Cerar described Koper as an excellent choice for Egyptian freight forwarders and exporters who recognise the importance of Central Europe to their business. “The Port of Koper operates the largest container terminal in the Adriatic and one of the largest car terminals in the Mediterranean,” Cerar pointed out, underlining the port’s importance to overseas trade with Central European countries. “The port also boasts excellent inland connections with these markets, which is of extraordinary importance with regard to the development of logistics,” minister Cerar added, concluding his speech by stressing the importance of personal contact, which always represents the basis for establishing new business relationships and maintaining existing ones. In his opinion, events such as the Port of Koper Day in Cairo are the right approach.

Dimitrij Zadel, president of the management board of Luka Koper, recalled the long tradition of the company’s presence on the Egyptian market and focused on key investments that will increase the Port’s capacities in the coming years. He emphasised the Pier One extension, the opening of a new port entrance, and the acquisition of additional warehousing areas.

Medhat El Kady, president of the Egyptian freight forwarders association, described his experience in doing business with Luka Koper as simple. In his opinion, this is one of the key advantages of Koper compared to other ports. Nevertheless, he mentioned the great dilemma that ports worldwide have to face today, namely how to develop a business strategy in light of the global economic and political situation. Hoda Atia, counsel to the Egyptian minister of transport who has followed the progress of the Port of Koper for the last ten years, gave an even more detailed assessment and said that the Port of Koper is considered to be a good example of port management. She mentioned the cooperation agreement executed by Luka Koper with the ports of Alexandria and Diametta, based on which port representatives meet each year in order to exchange advice and examples of best practice.

There has been ongoing cooperation between the Port of Koper and Egypt for decades, with occasional interruptions caused either by political events or changed logistics flows. The most fruitful were the years between 1992 and 2007 when regular shipping services were established between the two countries. In recent years, this cooperation has strengthened again, especially owing to new shipping connections with Egyptian ports, four at the moment and six during the grape export season. The problem is, the majority of these connections are not direct, which lengthens the voyage and weakens the competitive advantage in the perishable-goods segment. Due to this, the Port of Koper is striving to expand its range of commodity groups. Fruits and vegetables are the main Egyptian export commodities transported via the Port of Koper. In the opposite direction, other goods, such as paper, cellulose and various goods in containers, are transported, including, for some years now, Polish apples.