Promotion event of Luka Koper in Cairo and Alexandria. 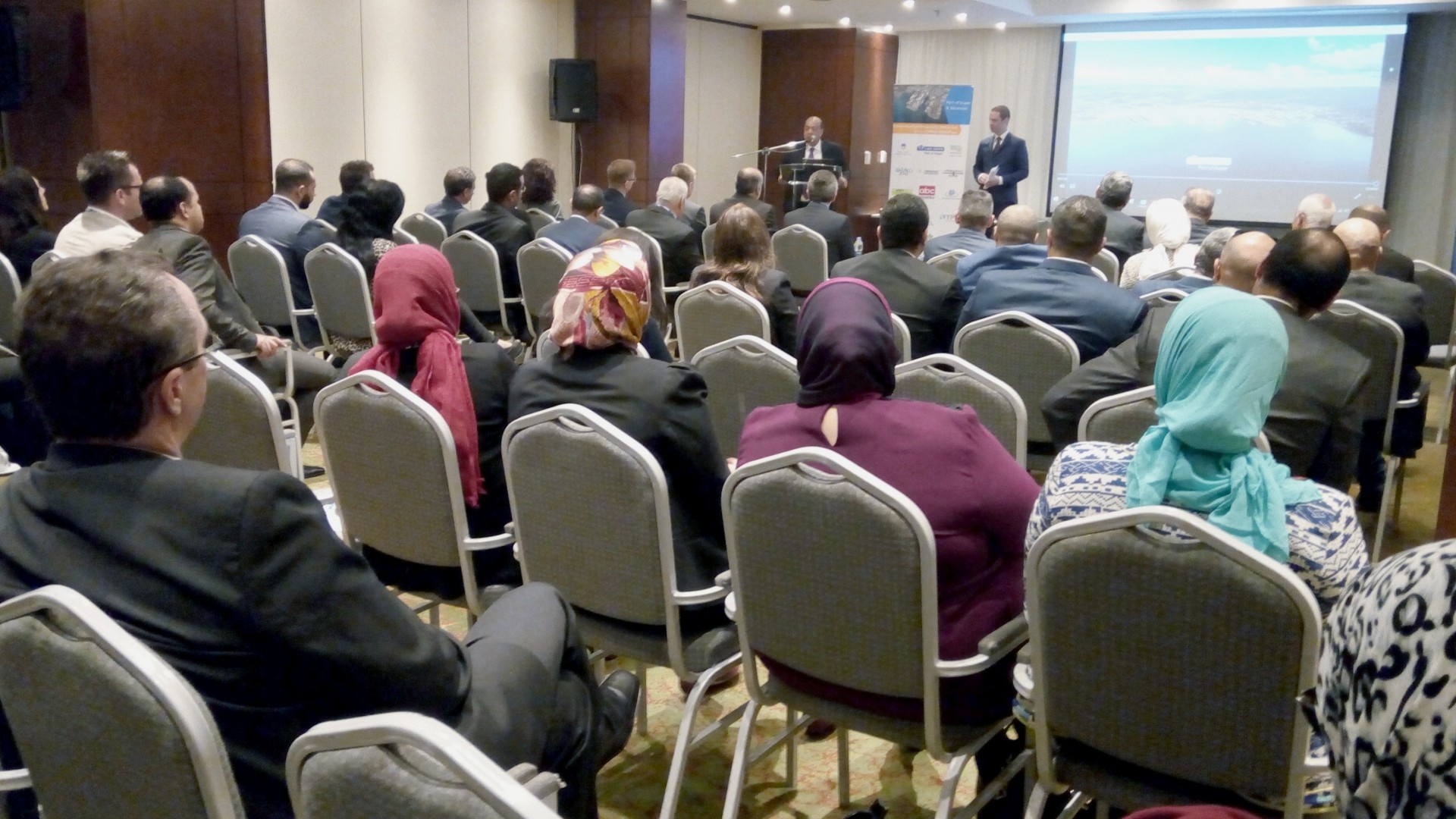 Also this year, the Port of Koper,, in cooperation and with the financial support from the Transport Association at the Chamber of Commerce and Industry of Slovenia organised the traditional Luka Koper & Slovenian Logistics Community Day in Egypt, a country with which we have cooperated for more than 30 years. This year’s two-day event, which took place on March 20th in Cairo and March 21st in Alexandria, was organized in cooperation with the Embassy of the Republic of Slovenia in Cairo. Both events were very well attended and confirmed the interest of the Egyptian freight forwarders, maritime agents and traders for the transhipment of goods via port of Koper. At this year’s event, besides the Egyptian exporters of fruit and vegetables, representatives of state institutions, freight forwarders and agents, we also invited the leading exporters from other sectors (construction, textile and food processing industries).

The direct container connections between Koper and the Egyptian ports are each year better. Currently, six weekly container services operate. “We are glad that we can boast a better ship connections and shorter transit times. The container service between the Egyptian ports and the Port of Koper is an excellent starting point for consolidating our cooperation, especially in the exports of goods from Europe to Egypt,” said Metod Podkrižnik, Member of the management board of Luka Koper. Mr. Čedomir Bojanić, President of the Slovenian Association of Port Logistics Providers, highligted the Koper port advantages also in exports and Egypt’s business partners emphasized the potential of imports of European products as they seek to develop the distribution of goods across Egypt to the wider North-African region. Igor Sep from the Transport Association at the Slovenian Chamber of commerce pointed out the excellent geographical position of Slovenia and the Port of Koper, including good connections with the hinterland markets in EU, being already reflected in a growing role of the logistic and transport sector in Slovenia.

Mohamed Khalil, Chief Executive Officer of Sonac – the company which exports oranges and potatoes,  expressed his satisfaction with the services provided in Koper, but admitted to miss more storage capacities: “During the last season, we started redirecting our exports of large quantities of potatoes and oranges from other ports to Luka Koper as we are very satisfied with the services in Koper and with the responsiveness of  other participants in the port community. This year, we will continue to increase our quantities, but we are limited by storage capacities. Our customers, retail chains are increasingly demanding customers and we need to respond to their daily orders as fast as possible by delivering goods in the shortest possible time. Therefore, we need to have at our disposal at the port sufficient quantity of goods that have already been checked and cleared.”

Currently, the imports performed through the port of Koper involve mainly Egyptian grapes, potatoes, onion, oranges and other vegetables, while exports consist mainly of Polish apples. Today, Egypt is considered one of the world’s largest exporters of fruit and vegetables. Within 30 years, Luka Koper has become one of the most important entry points for the Egyptian exports to Europe. In the export direction, other goods, such as wood, paper, cellulose, cars and various goods in containers are transported and both sides see a great potential in this area, mainly due to numerous and regular shipping connections. Last year 50,000 containers (TEUs) and 96,000 tons of general-, bulk- and liquid cargo were transported via the Port of Koper.

The cooperation with the Egyptian ports goes beyond the mere commercial framework. In line with the cooperation agreement executed last year by the Port of Koper and the Port Authority of Alexandria and Damietta, the Egyptian side will organize a visit to Koper this year. They Egyptian partners are particularly interested in examples of best practice in the field of environmental protection since their ports are also located in close proximity to residential areas and the impact of port activities on the environment is becoming an increasingly important issue in Egypt as well.

*in season of grapes only