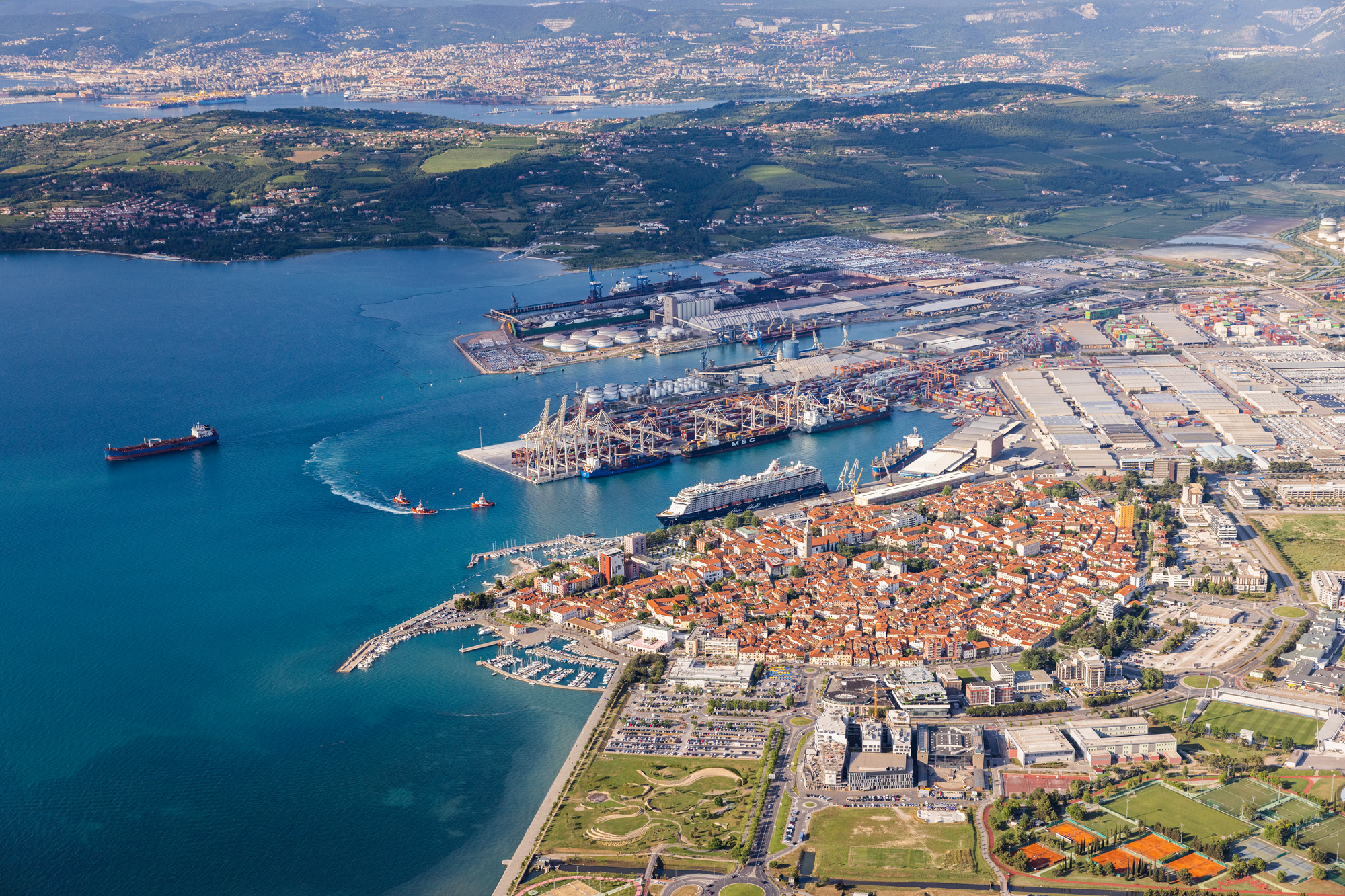 Port activity has an important impact on the competitiveness of the wider economic area as it creates many jobs. At its heart is the Port of Koper, one of the largest economic systems in the country. The company contributes to the social environment through the payment of building land use tax and through sponsorships, donations, and membership fees. In addition, the municipalities of Koper and Ankaran receive half of the concession fee paid by the company to the State on annual basis. Last year, the Port of Koper contributed more than 10 million euros to the budgets of the two municipalities.

The Port of Koper has significant direct and indirect effects on the Slovenian economy. The direct effects are reflected in the value added generated by port activities (logistics services, throughput, inland transport, warehousing) and port support activities such as pilotage, towage, ship supply, ship maintenance, berthing, maritime agents, truck terminal, etc. Indirect effects are mainly reflected in the value added of freight forwarding, transport, construction, technical, banking, insurance- and public administration services. The significant impact of the Port of Koper on the lives of many people in the immediate surroundings and beyond has already been confirmed by a 2020 study by the Chamber of Commerce and Industry of Slovenia.

More than 35 million euros allocated to the State

The Port of Koper supports the wider social environment in several ways, one of the key ones being the high financial investments made through sponsorships, donations, payment of building land use tax, concession fees, etc. These are all channels through which the Koper based company gives back to the environment and the community what it indirectly influences through its activities. Last year, the company paid almost 3.63 million euros in concession fees to the municipalities of Koper and Ankaran, and earmarked the same amount to the State, plus 0.4 million euros in water fee. At the same time, the company paid additional 5.3 million euros to the State through the throughput fee for the construction of the Divača-Koper second rail line.

For the use of building land, the Port of Koper allocated additional 6.6 million euros to the municipalities of Koper and Ankaran through tax. As Port’s shareholder, the Koper Municipality also receives dividends paid by the Port of Koper – this year for the tenth year in a row. Over the last five years, the Koper Municipality has received more than 2.5 million euros from this source. The State (i.e. the Republic of Slovenia, the Slovenian State Holding and the Capital Fund for Pension and Disability Insurance) as the owner of the shares also received a dividend payment of 10.7 million euros last year alone. In 2021, Luka Koper also contributed 5.5 million euros to the State coffers in profit tax and 9.9 million euros in taxes and contributions on employee benefits.

Two years ago, the Port of Koper commissioned a study from the Slovenian Chamber of Commerce and Industry on the impact of port activity on the Slovenian economy between 2009 and 2018. For every euro of value added, port activity contributed almost once as much to the value added in other activities. The importance of the port sector for the Coastal-Karst region is even greater, as it is also a major employer providing 15% of jobs in the region.

As many businesses, jobs and lives depend on the Port of Koper, we are committed to maintaining our high productivity and our leading role as a port operator in this part of Europe. In line with this, we have significantly increased our investments over the past two years. The extension of the southern part of Pier I, the construction of an additional garage, a berth for RO-RO ships and additional cargo entrances are just some of the major infrastructure additions. In 2020 and 2021, we have thus earmarked 120 million euros for investments in infrastructure and equipment.