Munich business forum for new opportunities on the German market

Bavaria represents the hinterland market with the greatest potential for Luka Koper. 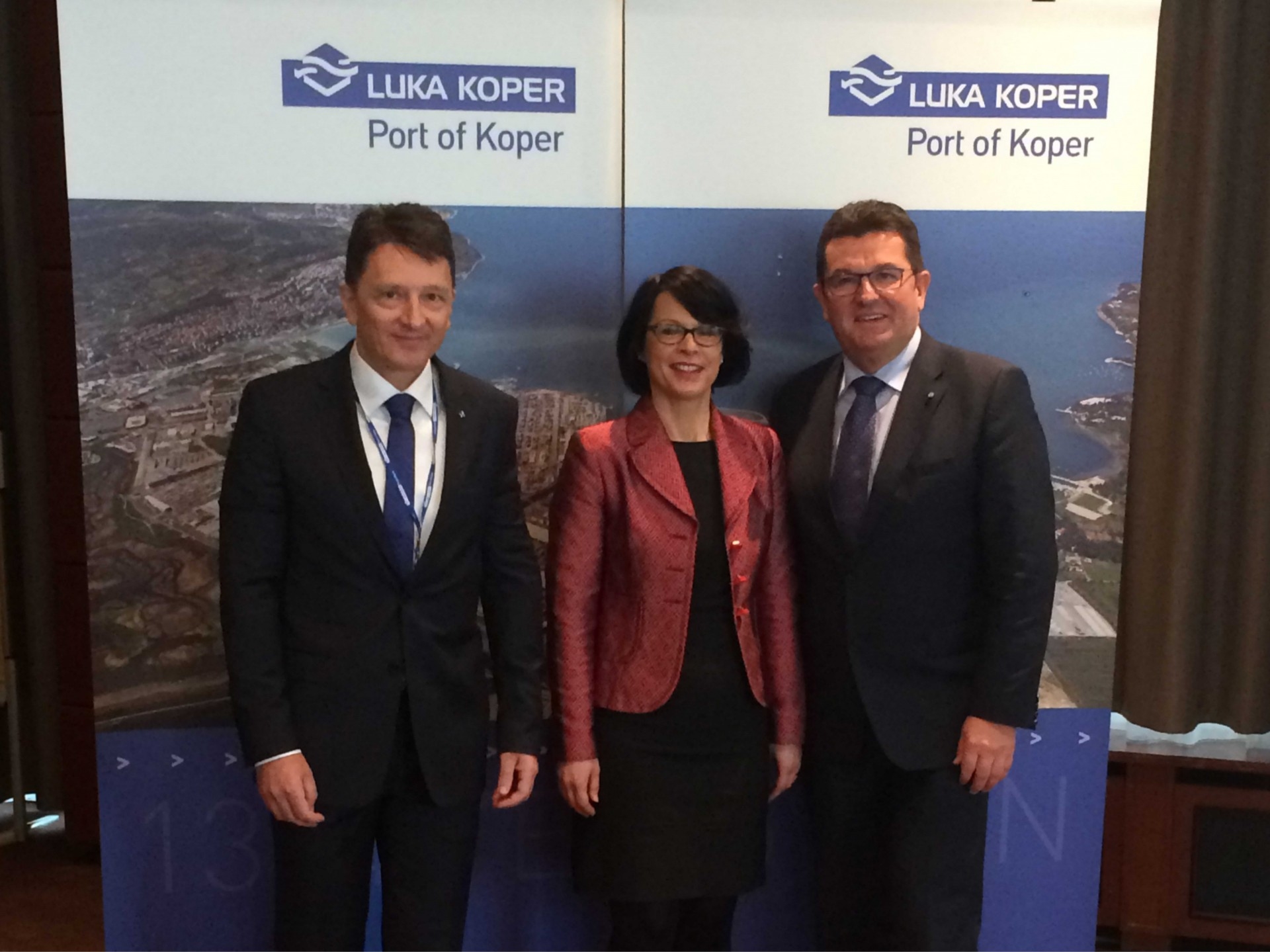 The Slovenian delegation which attended the forum was made up of the representatives of 21 companies from  Koper’s port community along with the representatives of three umbrella organizations, i.e. the Slovenian Association of Port Logistics Providers, the Slovenian Ship and Freight Agents Association and the Transport Association of the Chamber of Commerce and Industry of Slovenia. The purpose of the event was, above all, to further consolidate the business contacts established in September 2016, when a strong economic delegation made up of the representatives of the leading Bavarian companies visited Slovenia and the Port of Koper. In the introduction to his speech, Franz Josef Pschierer, State Secretary at the Bavarian Ministry of Economic Affairs, highlighted the considerable progress made by the Port of Koper and underlined the huge potential that the port of Koper represents owing to its location. He stressed the broad interest of the Bavarian economy in Slovenia, not only in the sphere of logistics. Mr. Pschierer emphasised that half of all revenues generated by the Bavarian economy are derived from exports, and he mentioned China as their third-largest trading partner. Therefore, efficient and competitive transport routes are of key importance for further development.

More than 130 participants then had the opportunity to listen to ten representatives of shipping companies, rail operators and freight forwarders who shared the business experience gained from their contact with the Port of Koper. Those who described their experiences were, among others, the French shipping company CMA-CGM, the vehicle logistics service provider BLG, the Israeli  grower and exporter of fresh produce Mehadrin, the logistic group Fr. Meyer’s Sohn, and others.

The next speaker was a representative of the British independent consulting company Drewry who presented the results of a recent study on container transport from Shanghai to Munich. The presentation consisted of a comparison between container transport via Northern European ports (Rotterdam, Hamburg and Antwerp) and transport through selected Mediterranean ports (Koper, Trieste, Rijeka and Genoa). The study’s conclusions were very similar to those published by Drewry last year: the fastest transport route by sea and by land is the route via Koper, which is the most cost-efficient as well.

‘All in’ cost from FOB Shanghai to landed at the rail ramp in Munich (USD per 40ft). Source: Drewry Supply Chain Advisors

Dragomir Matić, president of the management board of the Port of Koper, added: “Being that the port is only one link in the logistics chain, our intention at the forum is to present the comprehensive logistics solutions and best-practice experience we have gained thus far. As a matter of fact, we tranship goods to markets that are equally distant or even more distant than the Port of Koper. Therefore, I see great potential in Southern Germany and Bavaria.” Last year, 450,000 tonnes of goods were shipped to the German market via the Port of Koper. The most notable cargo consisted of vehicles, namely 220,000 units, whereas many opportunities still exist in the field of containers and general cargo.

At the event was also presented the Fresh Food Corridor project (funded by the EU Programme CEF), which aims to develop logistics corridors with emphasis on the rail link for perishable goods via the port of Koper straight to the markets of Central Europe, including Bavaria.