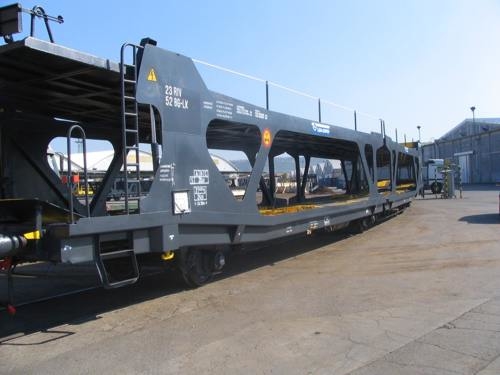 Adria Transport, an enterprise jointly established in 2005 by Luka Koper and its Austrian partner GKB, has expanded its operations through the acquisition of three Siemens locomotives. These engines already have permits to operate in Slovenia, Austria and Germany, and in future the company also intends to use them for services in Hungary and Croatia.

These locos have already been used for transporting kerosene from the Port of Koper to Vienna airport, with one locomotive providing traction along the entire route, whilst a second being used for double-heading in the ascent up into the Austrian Alps.

In addition, Luka Koper continues to augment its rolling stock fleet, and is receiving 20 Laekks double-decker car carriers this month alone, with a further 20 of the same series due for delivery in October. Indeed, there’s a huge shortage of these wagons on the market, and these much-needed acquisitions are aimed at speeding up the dispatch of vehicles, as well as freeing up valuable space within the port zone. Further to these purchases, Luka Koper has also acquired 25 container transport wagons, whilst an additional 40 are on order.