New record on the passenger terminal 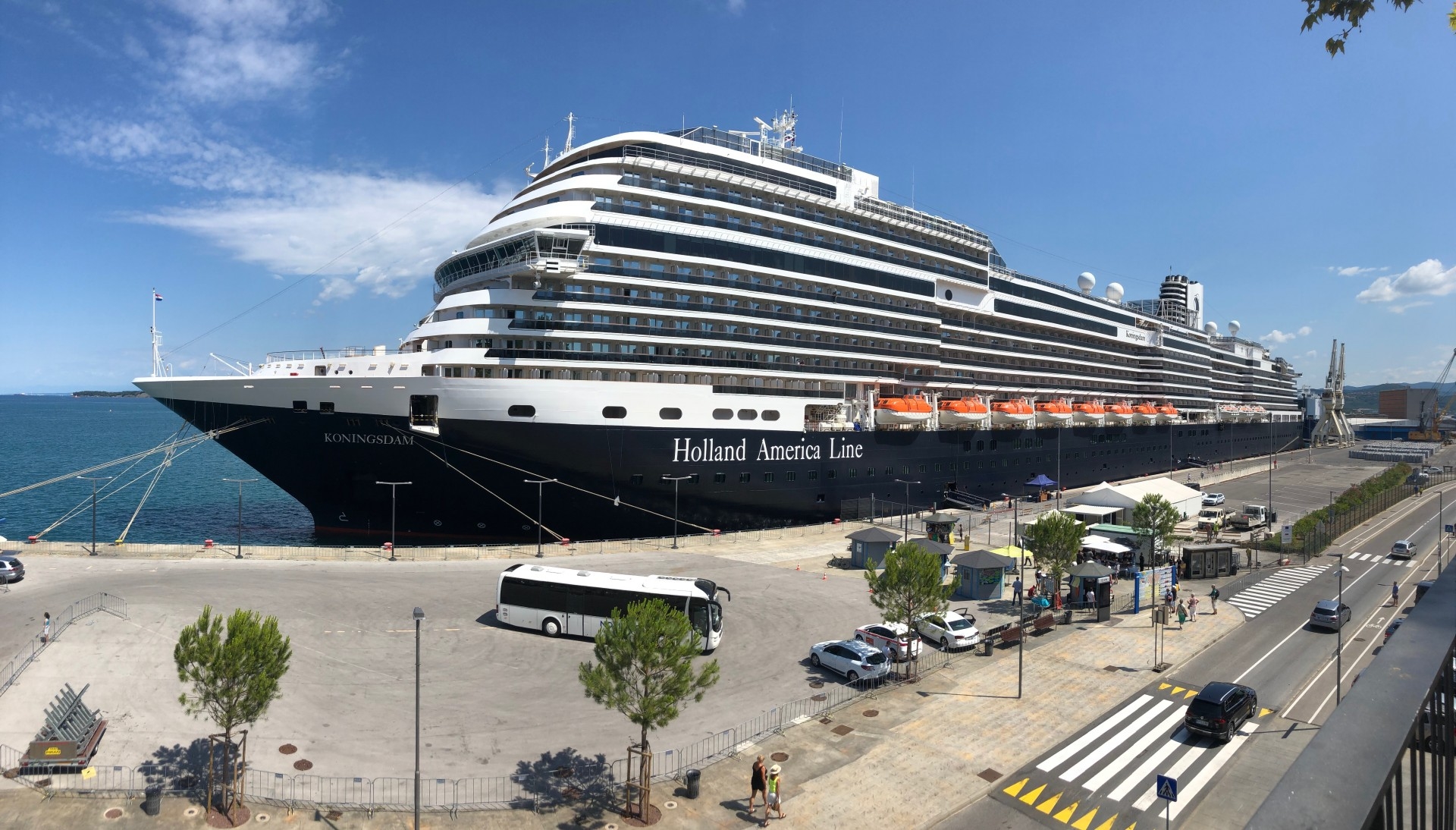 With todays arrival of the Koningsdam, operated by Holland America Cruise Line, we exceeded the number of passengers registered in the year 2011. In that year we registered a total of 108.820 passengers. Including todays arrival, we berthed in 2019 66 cruise ships and welcomed 110.505 passengers. Until the end of the season we expect some 5.000 passengers more at the Koper cruise terminal.

In this season we expect a total of 72 calls of passenger’s ships, a little less compared to 2011 when we berthed 78 ships. The ships are getting bigger and there are more premium operators who call port of Koper on regular basis; Azamara, Silversea, Oceania, Regent Seven Seas, Crystal Cruises and Viking, to name some of them. The majority of the passenger’s come from UK, Germany and North America.

Passengers coming to Koper usually explore the old town of Koper or go to other attractions across Slovenia; Piran, Ljubljana, Postojna, Bled, etc. There is also demand for visits of Koper’s countryside with culinary arrangements, tastings of local products, such as wins and olive oil.

Until the end of the year we expect another 6 cruise vessels – the Marella Celebration of the Marella Cruises, the Pacific Princess of the Princess Cruises and the Princess Iris of the Mano Cruises – all three ships will stop in Koper in October. In November we expect another two ships, while the last of the season should be the Amadea of the Phoenix Reisen – expected in Koper in the first morning hours of the 3rd December.

Another successful season is the result of good cooperation between the local and Slovenian touristic board, tour operators and Luka Koper as the terminal operator.