Ninth in Europe, third in the Mediterranean

The Port of Koper was among the ten largest automotive ports also in 2017. 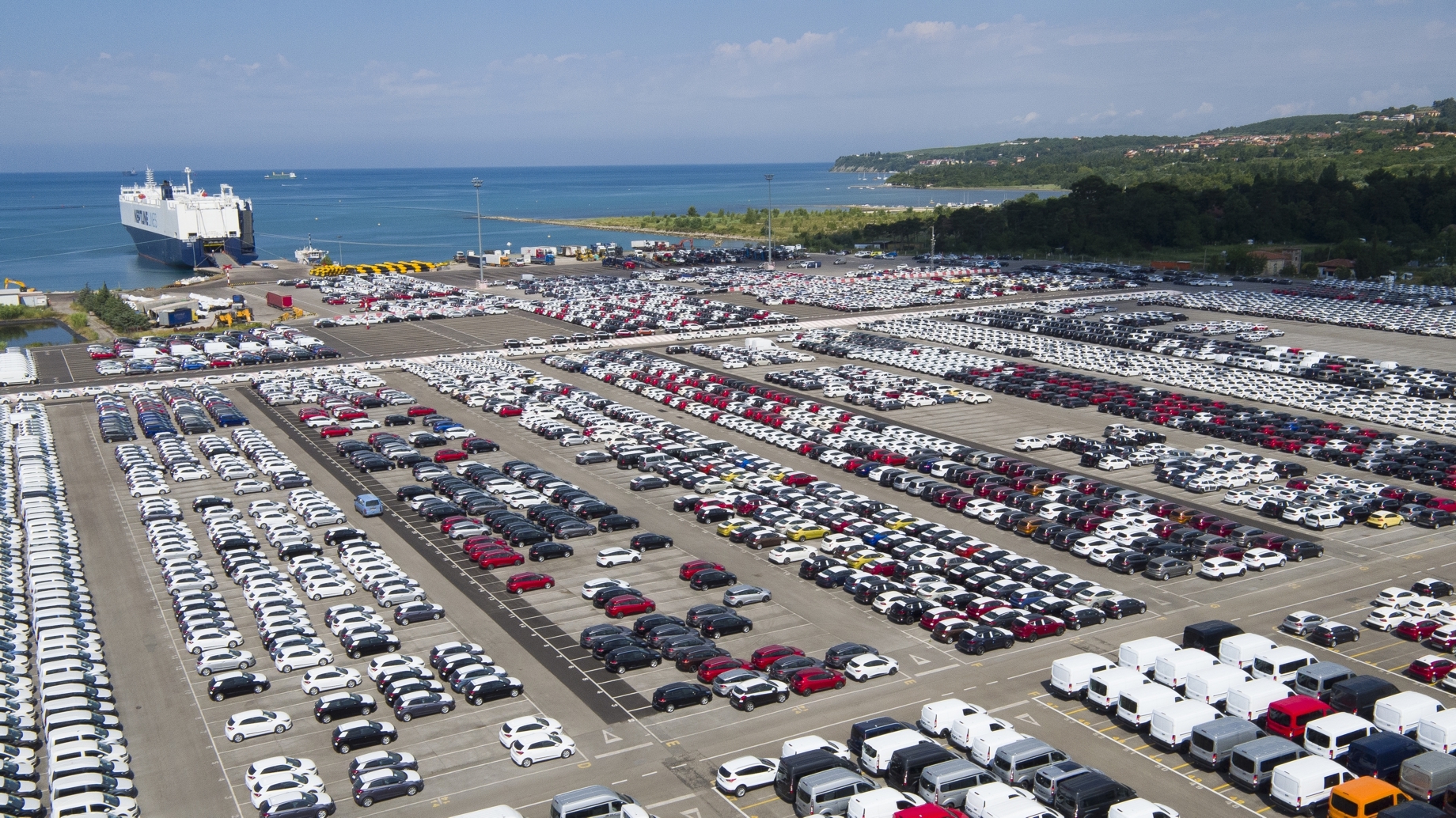 In 2017, a total of 16.6 million cars were handled by the twenty-five largest European car ports, and the Port of Koper was on the 9th place for the second year in a row. In the first three months of this year, the Port of Koper handled 204,516 vehicles or 30% more than in the same period last year. An absolute monthly record, namely 81,561 handled wheeled units, was registered in March which exceeded the record reached in November 2016. After several years of dominance in exports, we registered an increase in imports in the recent period, which now amounts to already 40%.

In the Port of Koper, we handle nearly all car brands which gravitate mostly to the Mediterranean markets.  By establishing a direct car-carrier service between Koper and the Far East at the end of 2015, we created new business opportunities, especially as far as imports of Asian products to Europe are concerned.

Last year, European ports were confronted with many challenges related to market unpredictability, production disruption, lack of capacities, strikes and uncertainty associated with the UK’s withdrawal from the EU, where a high concentration of production facilities are located. On the other hand, the revitalization of markets in North Africa, Iran and Russia provided new opportunities, including those in the field of used cars trade. Similar challenges are faced in the Port of Koper as well.

For many years, the Port of Koper has experienced a lack of mooring places for ships. Due to this, we are planning to build a new RO-RO berth in Basin 3 which will be designed to meet the mooring requirements of car-carrier ships which have loading ramps positioned in different positions. Therefore, several technical requirements need to be carefully considered during the planning phase. The new berth will also considerably shorten the transport route from the ship to the open warehouses at the Ankaran Bonifika. In February, the Ministry of the Environment issued the environmental consent for the investment, which is a prerequisite for the acquisition of the construction permit. The construction of the berth is foreseen in 2019. In the hinterland of Basin 3, we are also planning new railway tracks, which will allow direct access to automotive warehouses and improve internal logistics. The investment, expected to be completed in the summer of 2019, anticipates the construction of 4 tracks of a useful length of 700 meters with a connection to the external network, as about half of all cars arriving to or leaving the port are traveling on rail tracks.