Opening of the exhibition on port’s history

Exhibition on the 60th anniversary of the Port of Koper. 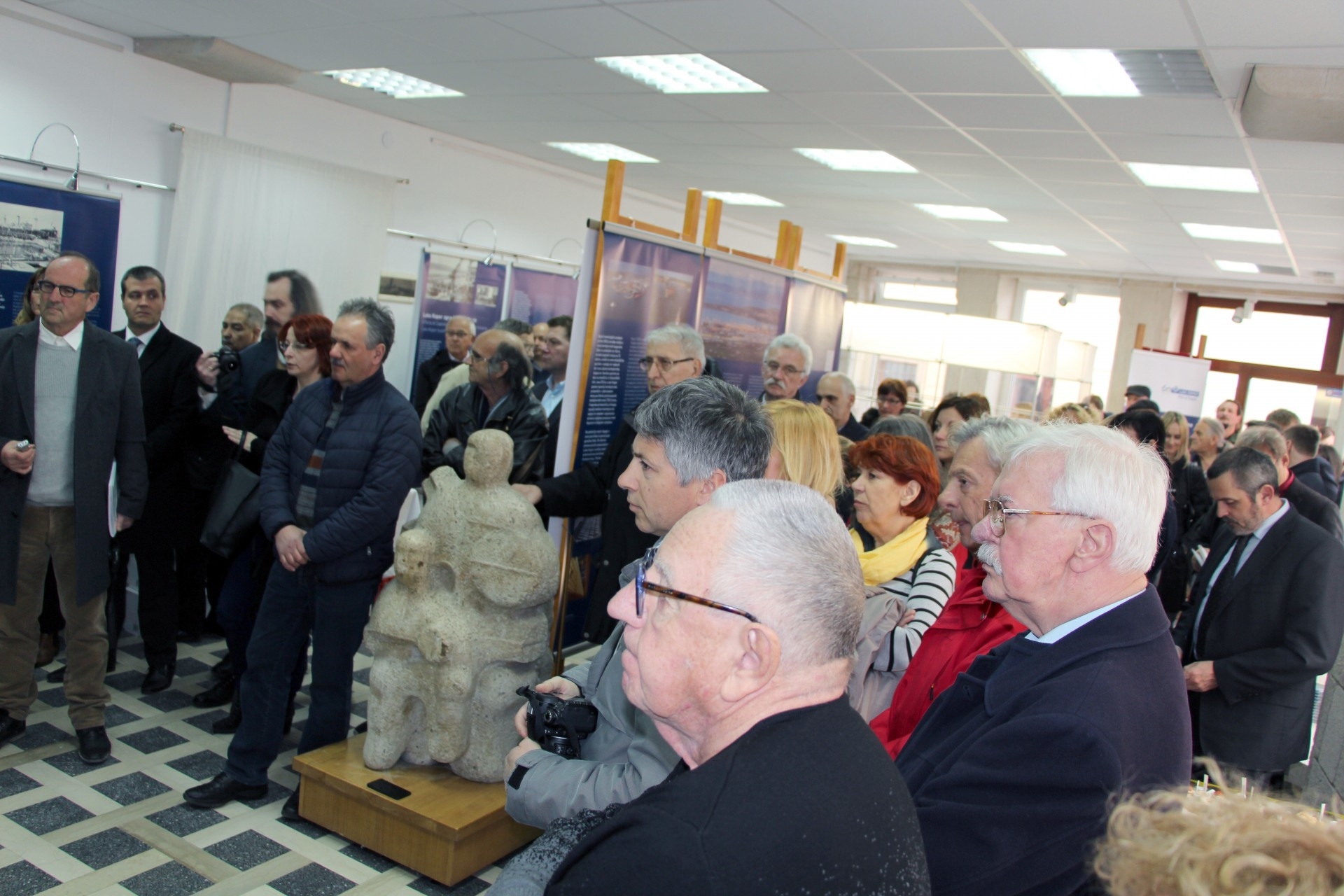 As part of celebrations marking the 60th anniversary of the Port of Koper company and on the Slovenian Maritime Day, Koper Regional Museum and Port of Koper opened an exhibition on port’s history in the gallery of the Koper Regional Museum. Among key note speakers were also Dr. Nadja Terčon, the author of the extensive publication entitled »Usidrali smo se na morje« (We anchored in the sea) and Dušan Jovanovič, the dramatist, essayist and film director who as secondary school student took part in the youth work brigade involved in the construction of the first jetty in the future port of Koper.

The exhibition highlights the maritime history of the town of Koper which experienced its growth and prosperity during the Republic of Venice and definitely lost its economic importance after the establishing of the railway connection Trieste – Vienna. The exhibition also unveils some less known facts, as for instance the fact that in the 1950s, different places were evaluated as future port locations, including also Debeli rtič. Another interesting fact is that the port construction started in the ancient harbour of sv. Andrej, today’s Ribiški trg, which explains the name of the exhibition “From sv. Andrej to sv. Katarina” (sv. Katarina is the location to which the port’s quayside extends today). Generally, there are two silver threads running parallel through the exhibition. One focuses on the port’s spatial development whereas the other highlights the role of certain individuals – they would be called visionaries today, who realised their ambitious plans despite several political and financial obstacles. »In particular, I am glad that the organisers of the exhibition highlighted the role of those who created this company, especially the role played by Danilo Petrinja, the company’s first director. Many are of the opinion that all the credit for the port’s initial phase goes mainly to him«, pointed out Nadja Terčon.

All things considered, the founding fathers of the port of Koper did not have an easy task. They constantly had to face the opposition of former Yugoslavian authorities who were not in favour of establishing a new cargo port in Koper. Ten years later, they were also against the construction of a railway line connecting the port with its hinterland, allegedly because the project was not economically justified. As a consequence, Luka Koper itself financed the entire construction of the first track of the railway line and subsequently faced considerable financial difficulties.

In her book, Dr. Terčon also deals with the role that the youth work brigades played in the construction of the port of Koper. Among more visible representatives of the then »Tito’s youth« was also the dramatist, essayist and film director Dušan Jovanovič who at today’s opening evoked some memories of hard work performed by him as young boy during the construction of the jetty dividing Škocjanski zatok and the port. »Still today, whenever I return to Koper, the memories of those times are alive and I am aware that I gave something to this town.«

The exhibition in the gallery of the Koper Regional Museum will be open until April 30th. Its permanent location will be in the future Port museum that Luka Koper plans to establish in one of its warehouses.