Port of Koper officially part of the New Silk Road

Port of Koper and Ningbo Zhoushan Port Group signed a Memorandum of understanding. 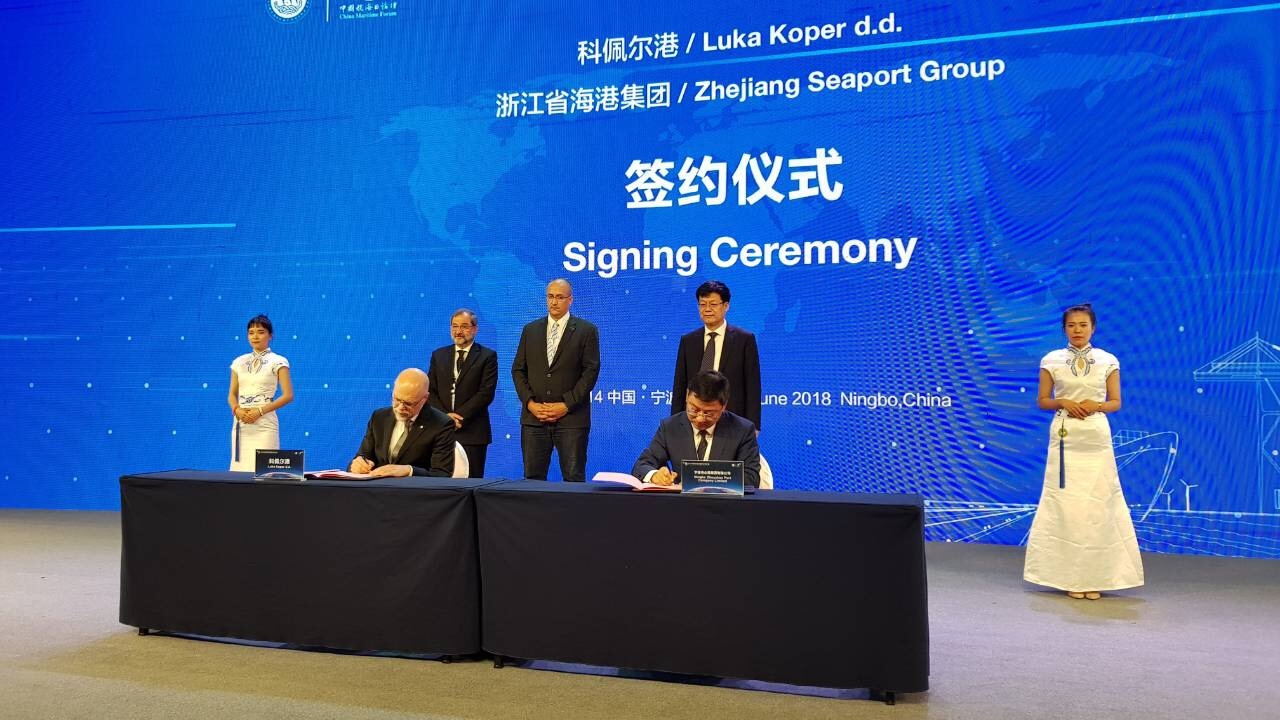 In the framework of international conference “Maritime Silk Road Port International Cooperation Forum”, which ended today in the Chinese city of Ningbo, the president of the management board of Luka Koper Dimitrij Zadel, and the representative of Ningbo Zhoushan Port Group Ni Chenggang, signed a Memorandum of understanding. The aim is to strengthen trade between China and the Central and Eastern Europe countries, which carry most of their overseas trade through Koper port. Thus, Luka Koper has become a formal part of the economic belt initiative or the new silk road of 21st century. One of the keynote speakers at the conference was also state secretary at the Ministry of Infrastructure Jure Leben, who also attended the singing of the agreement.

The signatories of the memorandum will seek to increase the number of shipping lines, thereby increasing the trade volume, which exceeded 2 million tonnes of cargo last year. It is positive that the volumes of import and export are balanced, which is a good base to further cooperation strengthening. The agreement also highlights, inter alia, cooperation in the establishment of intermodal connections. “The Chinese partners recognized the strategic position of the Port of Koper and its excellent connections with the hinterland. On average, as many as 70 freight trains daily connect Koper and the largest economic centres in Central and Eastern Europe. Luka Koper is interesting for Chinese partners because two thirds of the goods in Koper are handled for hinterland markets needs and we have a dominant market share on some destinations,” Zadel pointed out.

The 4th International Conference in Ningbo was attended by more than 500 representatives from 40 countries. Representatives of port operators and port authorities, shipping companies, logistic companies and other branch companies dominated.