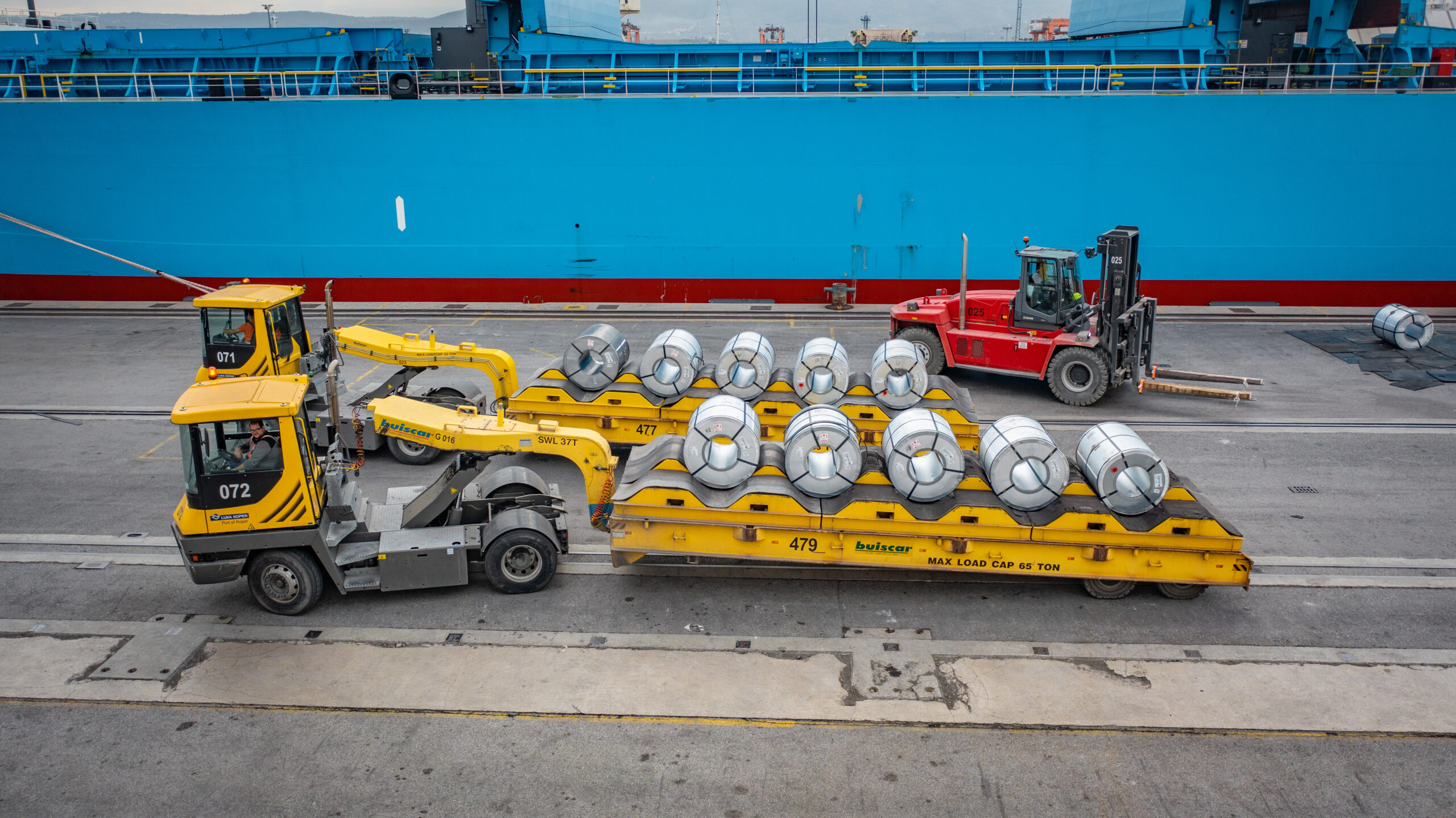 With growth in all commodity groups, the total maritime throughput of the Port of Koper reached 23.2 million tonnes last year, an increase of 12% compared to 2021. After record results at the end of last year at the Container and Car Terminals, historic milestones were also reached at the General Cargo, Dry Bulk and Liquid Cargoes Terminals.

Last year, we achieved a record volume of 1,000,909 tonnes of cargo handled within the general cargo commodity group (+22% compared to 2021), more precisely in the general cargo sub-segment as we keep separate statistics for the Timber Terminal and the Reefer Cargo Terminal. The increase in steel product volumes, mainly in imports, was driven by production in the automotive, white goods and construction materials industries. There was a marked increase in project and special cargoes, especially for the needs of the newly emerging battery plant in Central Europe.

There were more imports of mining equipment, and we managed to retain business related to the import of wind turbines, which are being installed at an accelerated pace in the back markets of the Port of Koper. New business was also won in the handling and storage of rubber used in the rubber and automotive industries. Initially, rubber was received by container shipments, but subsequently, mainly due to the nature of the cargo and the conditions of maritime transport of containers, customers preferred to transport it by conventional ships with special crates, which are shipped both by wagon and by truck.

We also set a record at the Reefer Cargo Terminal for banana ripening. Namely, a total of 21,239.64 tonnes of bananas were ripened in the cold storage facilities at the Port of Koper last year. 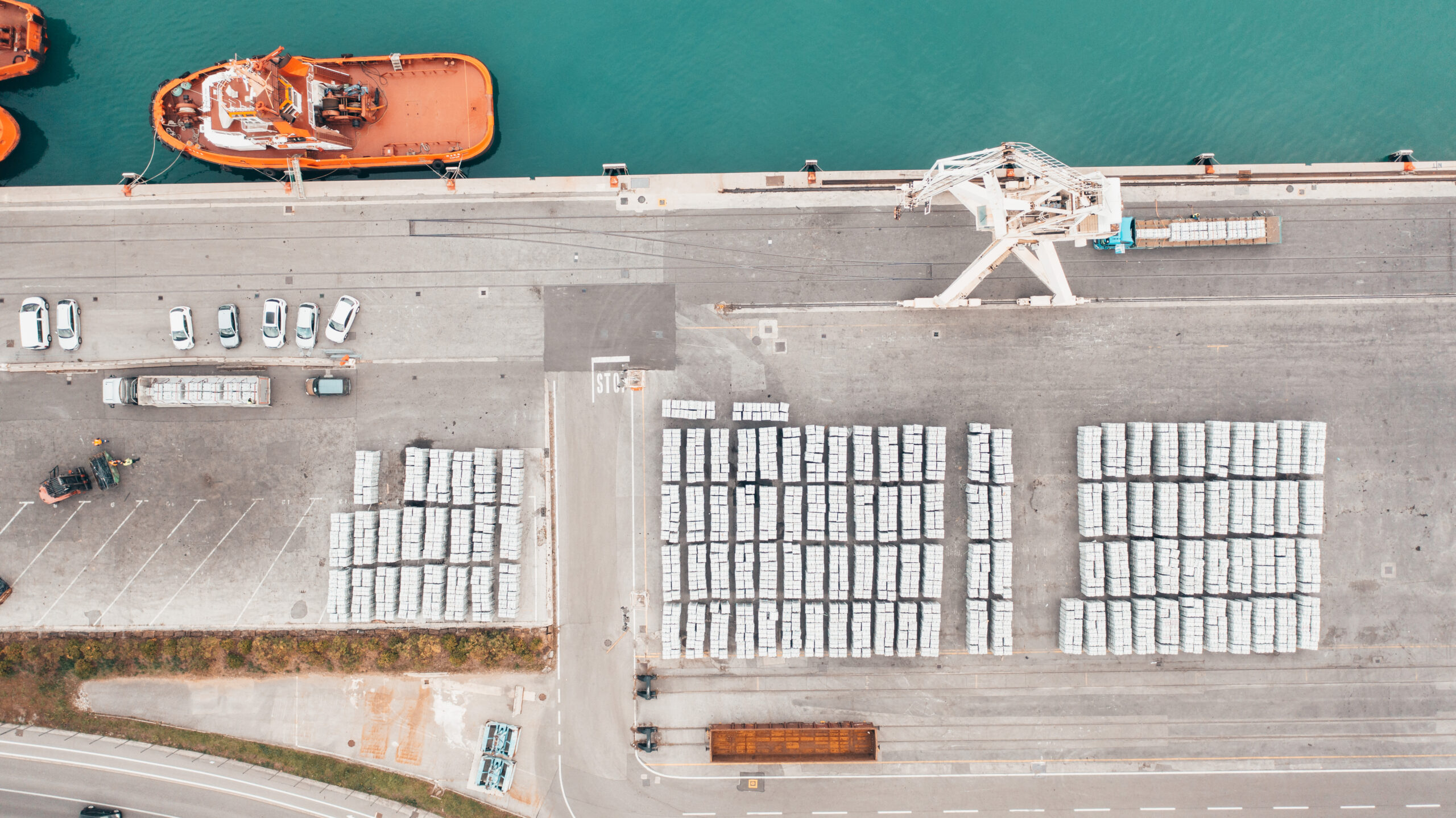 The fact that 2022 was indeed an above-average year is confirmed by the record results at the Liquid and Dry Bulk Terminals. The historic performance of the latter was driven by increased throughput of soybeans, which are mainly imported from South American countries, and salt, which is used for road gritting. Aluminium ore also increased. From January to December inclusive, we handled 1,820,940 tonnes (+1% compared to 2021) in the dry bulk segment, surpassing the record milestone set in 2019, when we also surpassed the magic million milestone.

During the pandemic, the aviation industry took the biggest hit, but it has recovered considerably over the past year. This was also evident at the Liquid Cargoes Terminal, where we reached a record 1,343,330 tonnes. This means we handled 59% more liquid cargo compared to 2021. Therefore, jet and diesel fuel were up, and we also saw a significant increase in chemicals.

“Last year’s excellent performance in our strategic commodity groups – containers and cars, was followed by outstanding results in most of our other specialised terminals. All this shows that we reacted in time at key moments and successfully adapted to the conditions in the global logistics markets. Like many other European ports, we faced several challenges last year, but we were able to make good use of them and even succeeded in shifting some trade flows from the North to the Adriatic on a permanent basis. I would like to take this opportunity to congratulate my colleagues for their efforts and perseverance, and my business partners for their long-standing trust and support,” said Boštjan Napast, President of the Management Board, commenting on the latest achievements of the Port of Koper.