Reefer boxes powered by locomotive for the first time from Koper

An innovative solution that contributes to competitive rail transport of highly perishable goods. 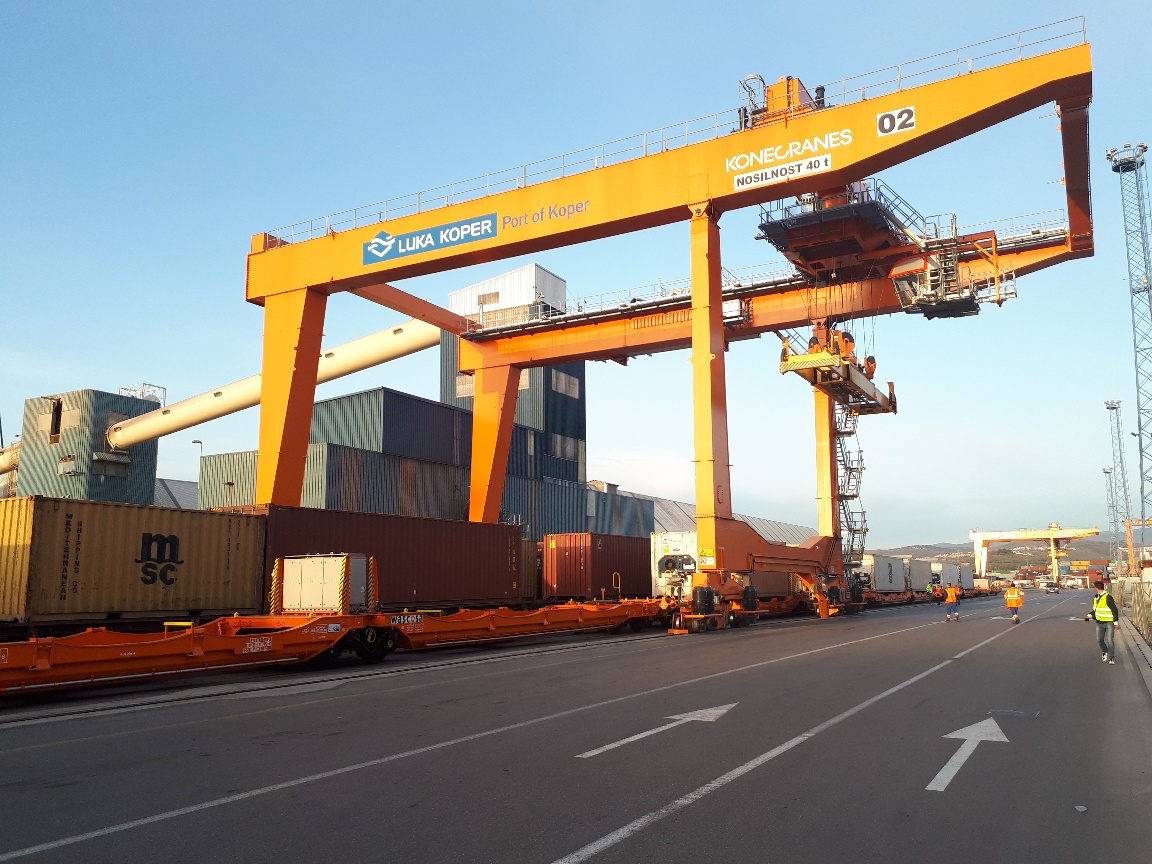 On April 9, 2018, a fourth train with reefer containers, developed as part of the European Fresh Food Corridors (FFC) project, left the Port of Koper Container Terminal for northern Europe transporting Israeli cargo. The project, aimed at searching for innovative solutions for the transport of highly perishable goods, also included the design of the aforementioned train. The new equipment and technology, tested so far on passenger carriages, was used to transport the reefer containers. Instead of utilising conventional diesel-powered gensets installed on the reefer containers, we loaded the containers onto new wagons that were connected and were supplied with electrical power directly from the locomotive, connected to the overhead line. In this way, we provided the cargo in the reefer containers with the required temperature, even down to -18 °C, and with optimal climatic conditions throughout the journey.

The solution, which is innovative also from the environmental point of view, was developed by the Swiss company Wascosa. It should also be added that the wagons were primarily intended for the transport of reefer containers but can be loaded with dry box containers or truck trailers as well.

The Fresh Food Corridors project was launched at the end of 2015 and is part of the CEF (Connecting Europe Facility) program. The project, coordinated by the Port of Koper, has been joined by 20 partners from Italy, France, Cyprus, Slovenia and Israel. The project partners are looking for innovative logistics-chain solutions in the sphere of reefer containers and perishable goods transportation from the Middle East to European markets. The goods are transported first by sea to the ports of Marseille, Venice and Koper, and from there they are dispatched by rail.

Already last year, partners in the Fresh Food Corridors project proved that the transport of highly perishable goods through three Mediterranean ports and further into northern Europe by train can be more competitive and more efficient compared to road transport, which is still the most common form of reefer container transport.