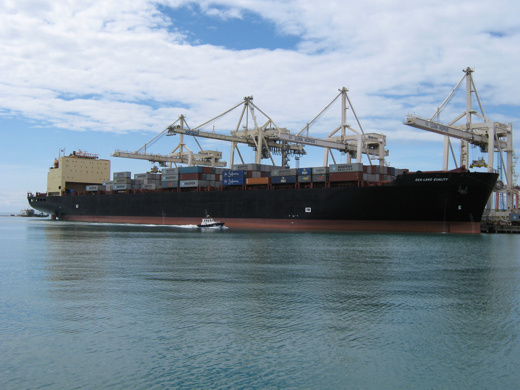 Sea-Land Quality, owned by the Danish Maersk line, has just  transferred nearly 3,000 TEUs at Luka Koper. This singular record accounts for one-tenth of the average monthly throughput at Koper’s container terminal.
All four available shore-to-ship cranes were involved in cargo handling operations, which required nearly 48 hours to accomplish. The vessel arrived at Koper on Thursday 22nd, and unloading and loading was completed early on the morning of Saturday 24th May. Sea-Land Quality, which is not a regular visitor to Koper, brought containers from the Middle and Far East via the Italian port of Gioia Tauro.
In the first four month of this year, Luka Koper handled a total of 114,541 TEUs, which is a 106% increase on 2005.