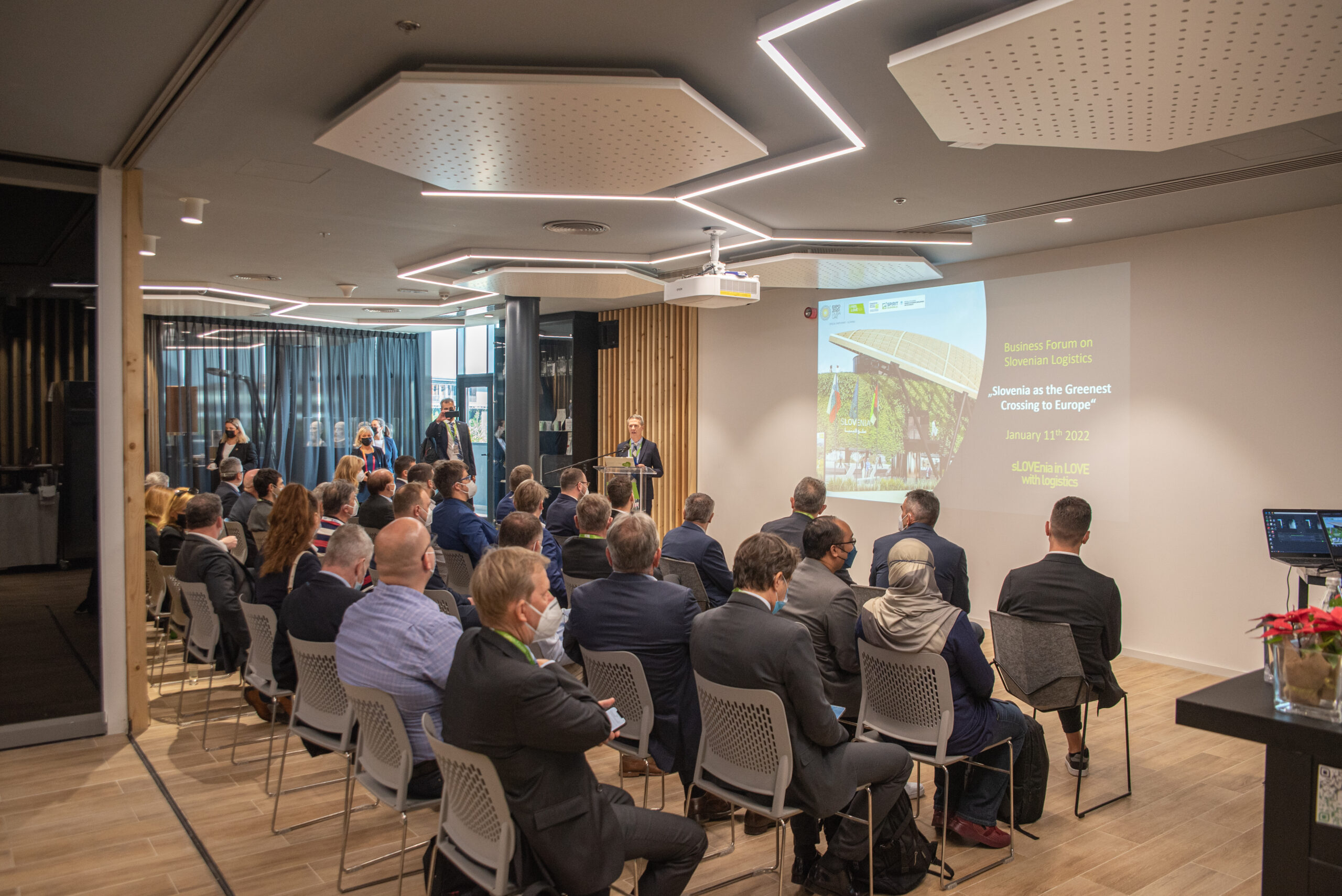 On 11 January, the Transport Association of the Slovenian Chamber of Commerce and Industry, together with the SPIRIT agency, organised a presentation of Slovenian logistics at the EXPO 2020 Dubai World Expo, which has been taking place in the capital of the United Arab Emirates since October last year and will close at the end of March. In addition to representatives of Luka Koper, headed by the President of the Management Board, Boštjan Napast, the event was attended by the Minister of Infrastructure, Jernej Vrtovec.

At the event, which was also streamed live on the internet, representatives of logistics companies presented the best of Slovenian logistics. As we were mainly addressing the overseas foreign business public, the focus was primarily on the geographical position of Slovenia, which represents the shortest connection between the markets beyond the Suez Canal and Central Europe. As the whole presentation of Slovenia is based on the Expo’s orientation towards a green and environmentally friendly destination, we also presented Slovenian logistics in this light. The shortest route between Central Europe and the East also means lower carbon dioxide emissions. The voyage from Suez to Koper is 4,141 km shorter and just one ship of average size and speed emits 687 kg less CO2 than if it were headed to Hamburg.

Slovenia also has a high share of rail freight, especially transit transport, which means 3.5 times lower CO2 emissions compared to road transport, measured in tonnes per kilometre. This is why Slovenia has invested heavily in recent years in the renewal of its rail network and in new lines. Since 2015, it has invested more than €3 billion. This figure does not include the construction of the new track between Koper and Divača which started last year.

Slovenian logistics is not just about ports and rail. It is also Ljubljana Airport, where different types of goods are handled. It is road transport, not only of extraordinary cargo, but also of passengers; and it is warehousing, with many distribution centres and much more. According to SPIRIT estimates, there are well over three thousand companies and 39 thousand employees in the logistics sector, which together generate more than €5 billion in revenue annually.