The largest container vessel in the Adriatic

MSC Paloma with the capacity of 14,000 TEU is also the widest container vessel ever moored in Koper. 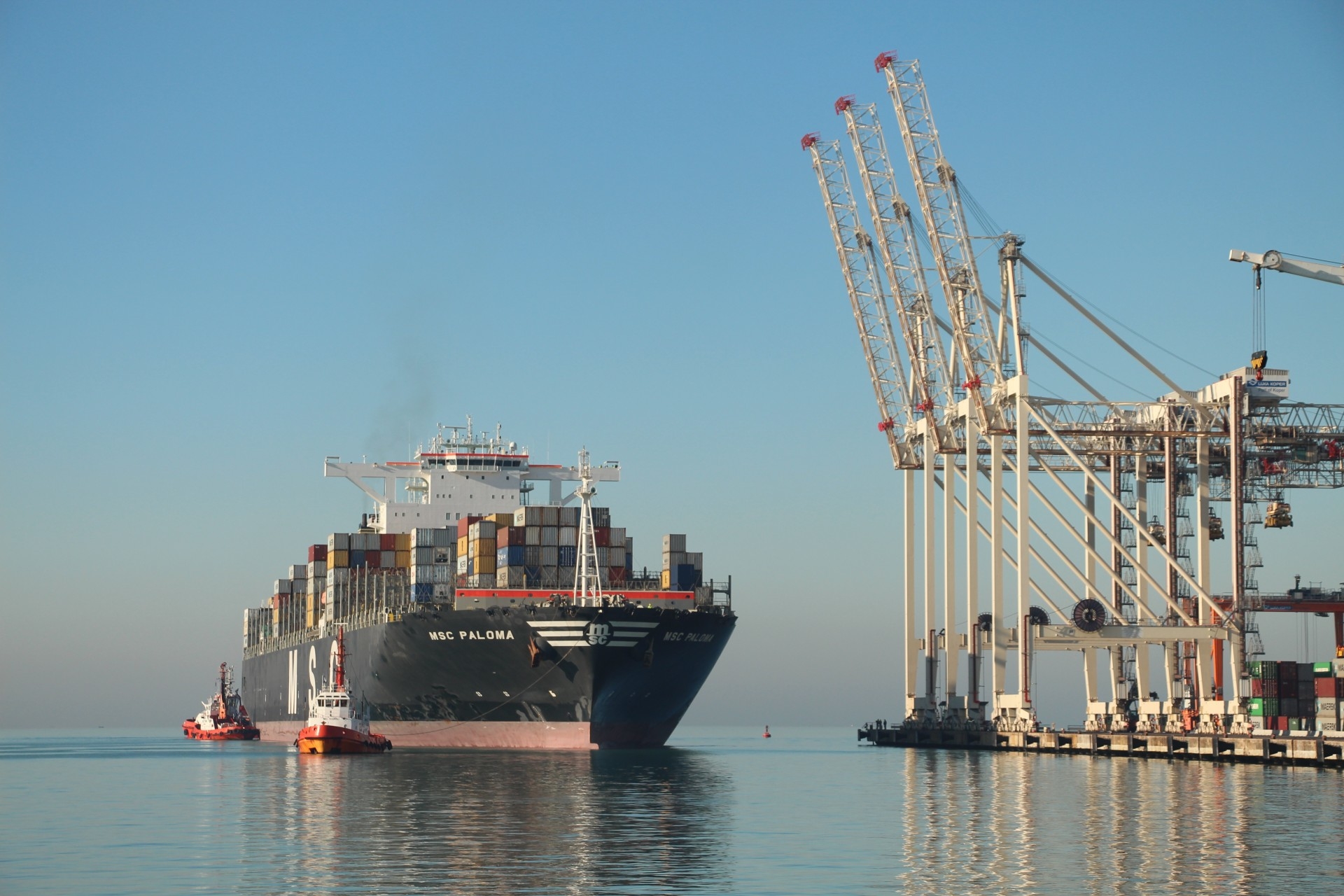 14,000 TEU container ship MSC Paloma is by far the largest container vessel that has ever entered the Adriatic Sea; until now the record was held by last year’s MSC Luciana with the capacity of 11,660 TEU.

Although not the longest, MSC Paloma is with its 51 meters the widest container vessel ever moored in Koper. It arrived from Piraeus and will continue its journey to Trieste. MSC Paloma is part of 2M alliance which links North Adriatic with the Far East. Other than the Swiss shipping company MSC, the alliance is comprised of the Danish Maersk, i.e. the two largest container lines in the world which are ranked at the top in terms of TEUs handled also in Koper. Paloma which has the maximum draught of 16 metres came to Koper with 12.6 m draught and it will unload/load a total of 3,600 TEU.

The arrival of MSC Paloma anticipates the changes in the field of container freight. Due to restructuring and establishing partnerships between shipping companies we may not only expect new alliances and new lines in the following year, but also larger vessels which based on the economy of scale reduce the transport costs. For this reason Luka Koper deepened the seabed in Basin I to 15 meters last year. In addition, two new super post-panamax container cranes that will start to operate next year will be able to handle the largest container vessels with the capacity of up to 20,000 TEU. The increased volume of cargo throughput requires more storage facilities as well as a faster turnover of cargo hence we at the beginning of next year shall implement the so-called RMG technology in wagon loading: three rail mounted gantry cranes that will be able to simultaneously load five trainsets. Further to this, two new tracks were constructed and three extended which makes a total of 2 km of new terminal tracks, 7 new electric rubber tyred gantry cranes(E-RTG) have been acquired and additional storage areas have been provided. But the largest and most important acquisition will be the extension of Pier I by 100 meters which is fundamental to obtaining the container terminal’s capacity of 1.3 million TEU per year by 2020.