More cars on the storage, less trucks on the city roads. 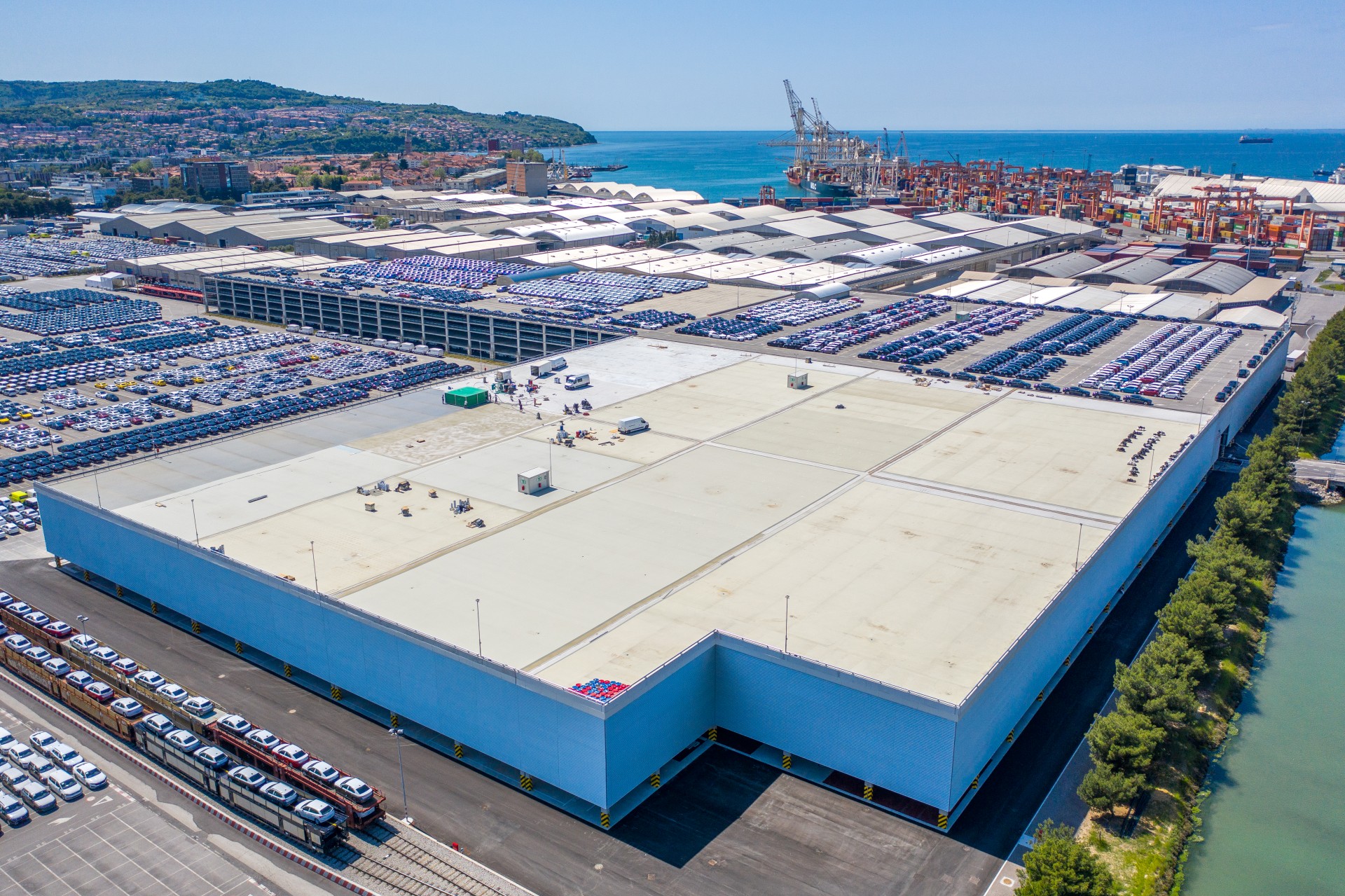 Today, on 25th May 2021 we inaugurated three new investments in the Port of Koper. The first is a smaller one, namely a petrol station for the supply of working machines and vehicles in the port. It is a replacement facility, as the old pump will be closed because of the planned expansion of the container terminal. The second is a new gate for trucks, and the third is a new multi-storey garage for cars.

The Slovenian Minister of Infrastructure, Mr. Jernej Vrtovec, who was the keynote speaker at today’s event, set the logistics sector high on the ministry’s priority list: “The more we create conditions for the development of the port, the faster Slovenian logistics will develop. The government has determined a list of 187 important investments for starting the economy after the epidemic, of which 12 projects are in the Port of Koper.”

The new gate for trucks is already the third entrance to the port. It will be intended mainly for container trucks, which represent more than half of the trucks entering the port (last year we registered a total of 330,000 trucks). This will improve internal logistics and traffic safety, while relieving the burden on city roads. “Every time the port expands, the city loses something, but the new entrance is a win-win situation, as there will be fewer trucks on the city streets,” said the mayor of Koper, Mr. Aleš Bržan.

The investment worth 4.4 million euros was made with the help of EU funds from the Napa4Core project. The third entrance for trucks is technically a copy of the existing Sermin entrance, with the difference that it also has an external parking lot for 44 trucks, that can be used by truckers for the time when they are preparing the documentation for entry.

By far the largest, in terms of area and investment value, is the new garage with a capacity of 6,000 vehicles. “Despite the fact that we recorded a decline in throughput last year, we witnessed a rebound in the second half of last year. In other European ports, the consequences of the pandemic and the crisis in the automotive industry were felt even more than in Koper, so we ended the year as the fifth largest car terminal in Europe and the first in the Mediterranean,” added Mr. Dimitrij Zadel, president of the management board of Luka Koper.

Cars are one of the strategic cargoes and have received quite a few important investments in recent years: last year we built a dedicated RO-RO berth and an additional group of rail tracks in the hinterland of the Basin 3, where we store a large portion of vehicles. This year, the government of Slovenia approved the expansion of the concession area in the eastern part of the port, where an open storage for vehicles will be arranged. Together with the new garage house, we can now store 45,000 vehicles at once, whether on 650,000 m2 of open or on 145,000 m2 of covered storage areas.