Vicepresident of Luka Koper elected to MedCruise Board of Directors 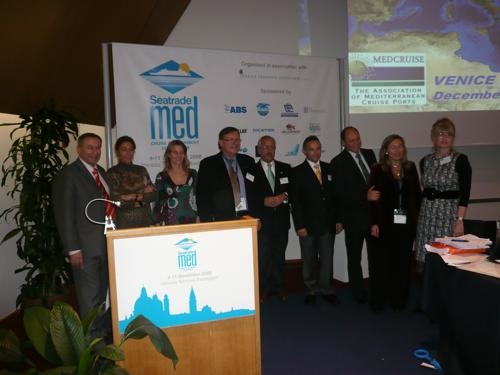 On December 12th Association of Mediterranean Cruise Ports Assembly (MedCruise) elected the ports that will serve on its new Board of Directors.

MedCruise was established in 1996 for promotion of the cruise industry in the Mediterranean and its adjoining seas and providing networking, promotional and professional development opportunities to its members.

Today the association has grown to 70 members representing 67 ports around the Mediterranean region, including the Black Sea, the Red Sea and the Near Atlantic, and including 18 associate members, representing other associations, tourist boards and ship/port agents.