This season, 69 cruise liners have announced arrivals which will bring over 100,000 passengers to Koper. 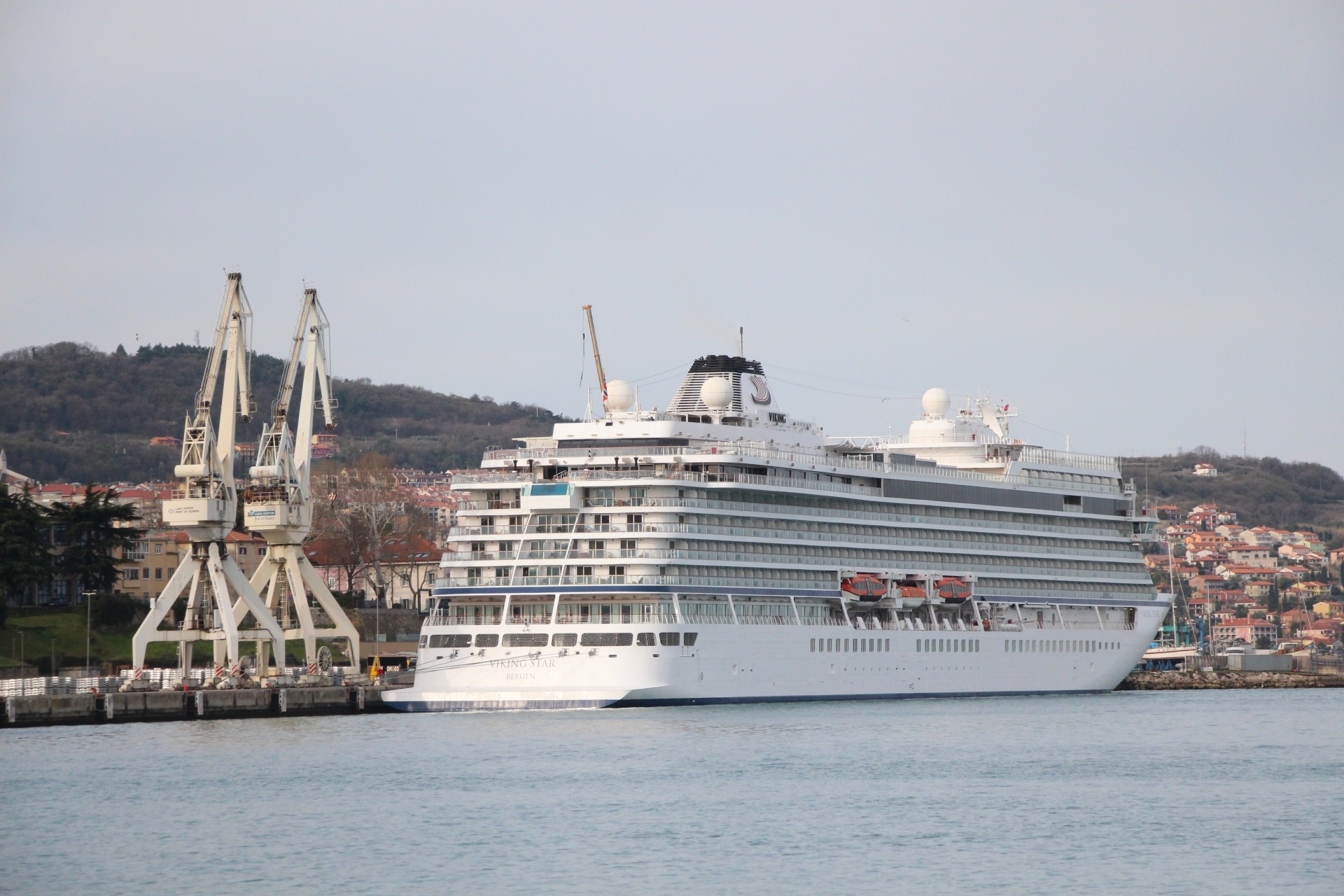 This season, 69 cruise liners have announced arrivals which will bring over 100,000 passengers to Koper. Most of the arrivals are expected in June, July and October. Among the liners coming to Koper for the first time are the MSC Lirica, MSC Opera, Marella Discovery, Azamara Pursuit, Mein Schiff 6, Silver Shadow, Celebrity Infinity, Koningsdam and Princess Iris. The largest of all, the Koningsdam, will moor at the Passenger Terminal on September 5th and October 24th. It measures almost 300 meters in length and accommodates 2,500 tourists and over 1,000 crew members. The most frequent visitor will be the Marella Discovery, which, together with its ‘sister’, the Marella Celebration (both are owned by the English ship owner Marella Cruises), will register the largest number of arrivals in Koper. The passenger season will be concluded on December 3rd with the liner Amadeo.

The Viking Star, which opened this year’s season, was built at the Fincantieri shipyard in Monfalcone and was launched four years ago. It is 228 meters long, 29 meters wide and accommodates 850 tourists and 470 crew members. The liner, owned by the Swiss ship owner VikingOcean, will come to Koper nine times this year. In addition to Koper, its itinerary comprises visits to Venice, Zadar, Dubrovnik, Kotor, Corfu, Katakolon, Santorini and Athens.