Visit by Dr Danilo Türk, President of the Republic of Slovenia 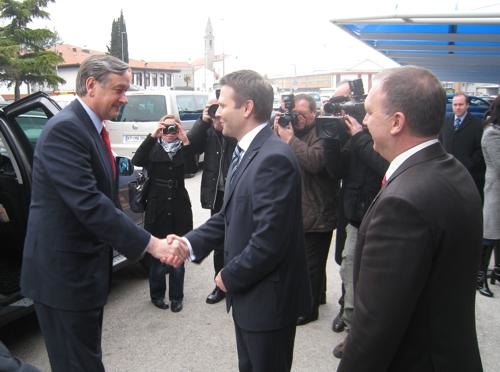 On 26th January 2010 Dr Danilo Türk, President of the Republic of Slovenia, visited Luka Koper, and was received by Management Board President Gregor Veselko, and his deputy Tomaž Martin Jamnik. The main subject of discussions was the company’s development plans, which the President defined as a quality project. After visiting the port Dr Türk publicly expressed his support for Luka Koper’s plans due to the fact that they consider ecological aspects as well as the integration of the port into the broader environment. At the same time Dr Türk supported the successful and timely completion of adoption procedures of the National Spatial Plan for the Port of Koper as well as the development of an adequate railway infrastructure that would connect Luka Koper with and its Central European hinterland.