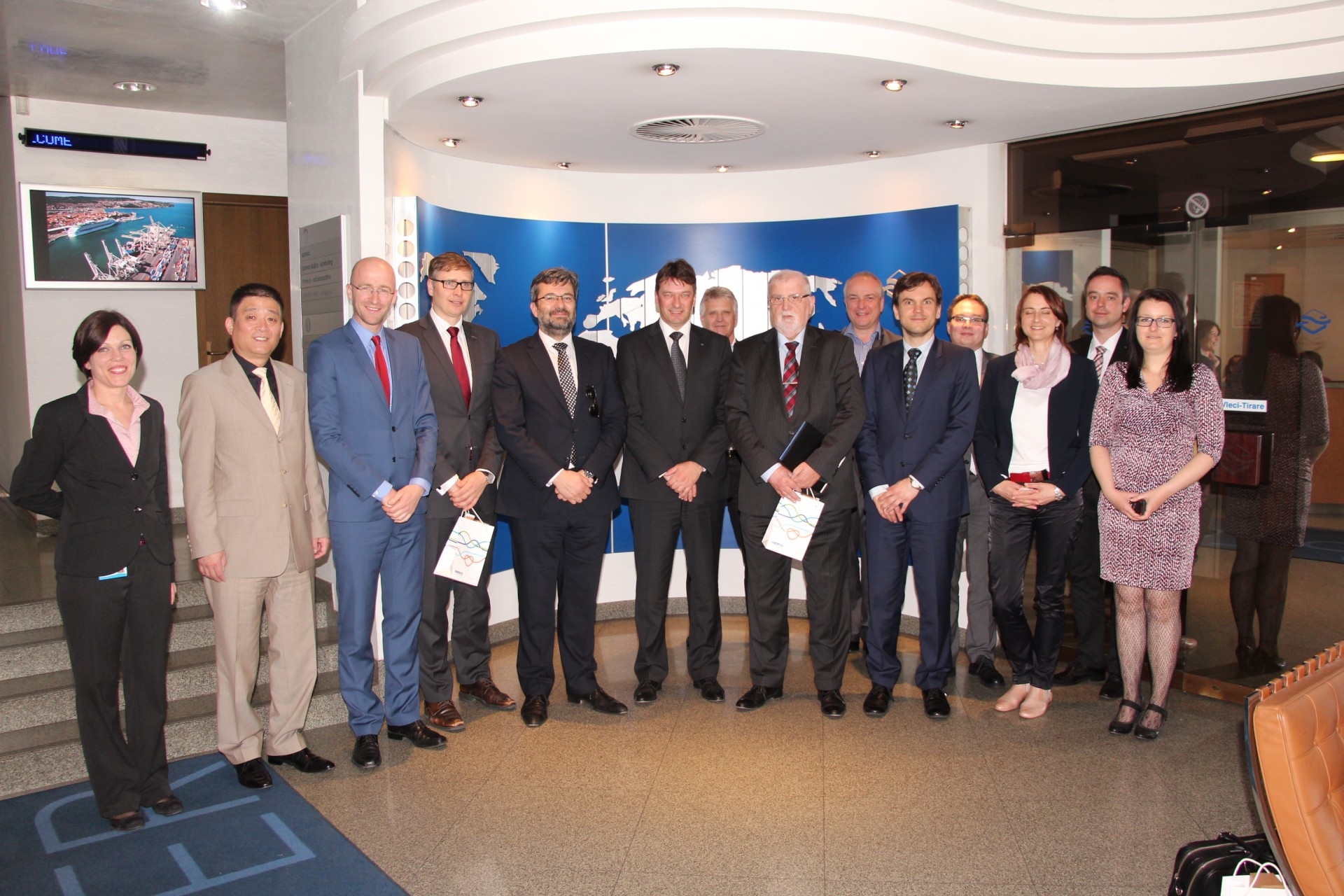 On April 13 and 14, the Prime Minister of the Czech Republic, Mr. Bohuslav Sobotka, accompanied with a strong delegation, visited Slovenia. During the talks with the Prime Minister of the Republic of Slovenia, Mr. Miro Cerar, the talks focused also on Luka Koper, which is increasingly important for the Czech economy. In that occasion, the Czech Prime Minister strenghtened the urgency of the establishment of the railway connection of the Port of Koper with the Central Europe. The Czech businessmen met the Slovenian counterpart at the business conference, a part of the delegation in the field of logistics, industry, commerce and railway connections under the lead of the Czech Deputy Minister of Economics, Mr. Vladimir Bartl, paid visit in the Port of Koper. The Czech Republic is the fourth most important market for Luka Koper and the throughput from this country ranges at yearly level of approx. 500.000 tonnes, which represents 3 percent share in the total throughput of Luka Koper. In the Port of Koper miscellaneous goods are handled, though the throughput of containers and cars is predominating. Last year approximately 35.000 TEUs of containers and over 57.000 cars were handled.