It is a Siemens class 193 Vectron electric locomotive. 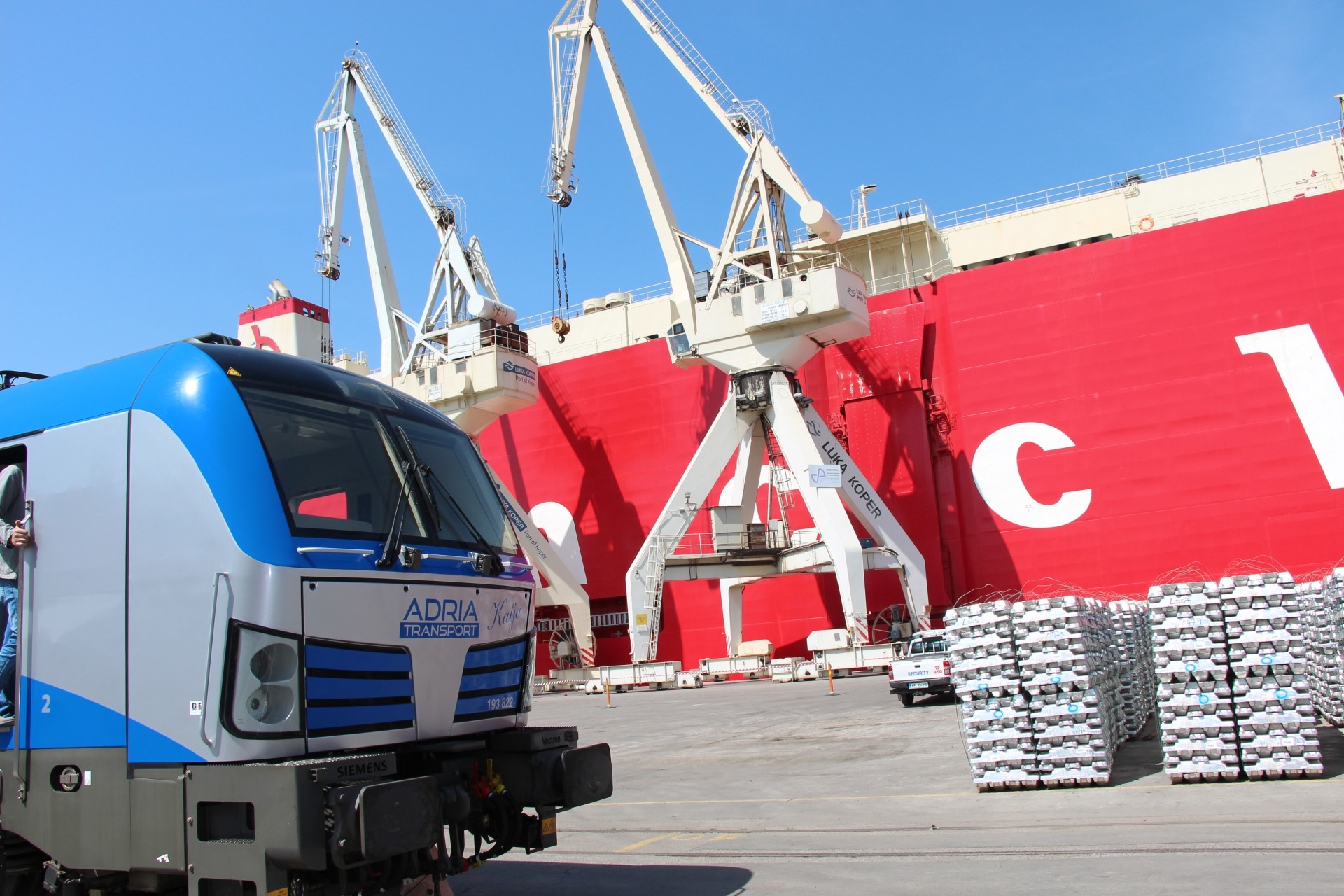 On 26th April, Luka Koper d. d.’s associated company Adria Transport, launched its new Siemens 193 Vectron electric locomotive.  Commonly known as the Vectron, it is the most advanced of its type. “This is the first Vectron locomotive registered in Slovenia. It is a multisystem locomotive, which means that it can automatically adapt to the power supply system of the country in which it drives, “said Alen Kramberger, director of Adria Transport at the event. In addition to the new one, Adria Transport has five locomotives, three Siemens 1216 Taurus and two diesel Siemens 2016 Hercules.

The new locomotive, for which they have chosen the name Katja, has an operating permit for Germany, Austria, Hungary, Slovenia and Croatia. It will be used for the Hungary – Croatia – Slovenia (to the border stations with Italy) railfreight service.

Adria Transport was founded in 2005 by Luka Koper, d. d, and the Austrian company GKB Graz in order to improve the railway connections between the Port of Koper and the hinterland markets and it was the first private railway operators in Slovenia. In 2017, they organized 2000 trains.