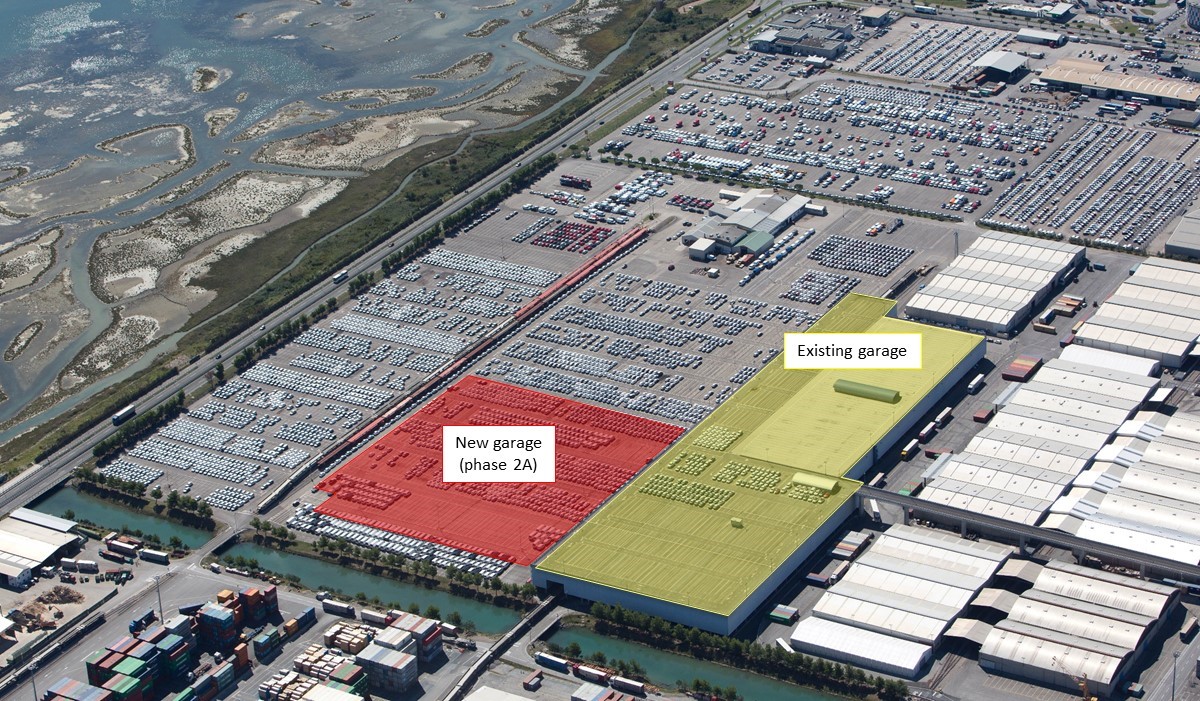 The Supervisory board of Luka Koper has on 31st March 2017 approved a new investment for a new garage for the Car and RO-RO terminal. The new garage will have a capacity of 6.000 parking lots which will allow an additional volume of 162.000 cars per annum. With this investment we shall meet the increasing demand for covered storing areas, increase the unique storing capacity and improve internal logistics and productivity. The value of the investment, including all necessary equipment is 18,9 million EUR. Construction works are expected to start in September 2017 and shall last 8 months. In addition to the garage, other project for the Car terminal are planned, such as the dedicated car-carrier berth in Basin III and new terminal railway track in the yard of Basin III.

Luka Koper’s car terminal has become in the last years one of the most important in Europe. According to the annual ranking published in the magazine Automotive Logistics – Finished Vehicle Logistics, Koper ranked 9th in 2016 among European car ports and 2nd among Mediterranean ports. To note that the Valencia port authority figure includes three different ports on various locations.

*Including throughput in ports of Valencia and Sagunto.