Austrian businessmen impressed by the Port of Koper

The Port of Koper as the most important logistics point for the Austrian economy. 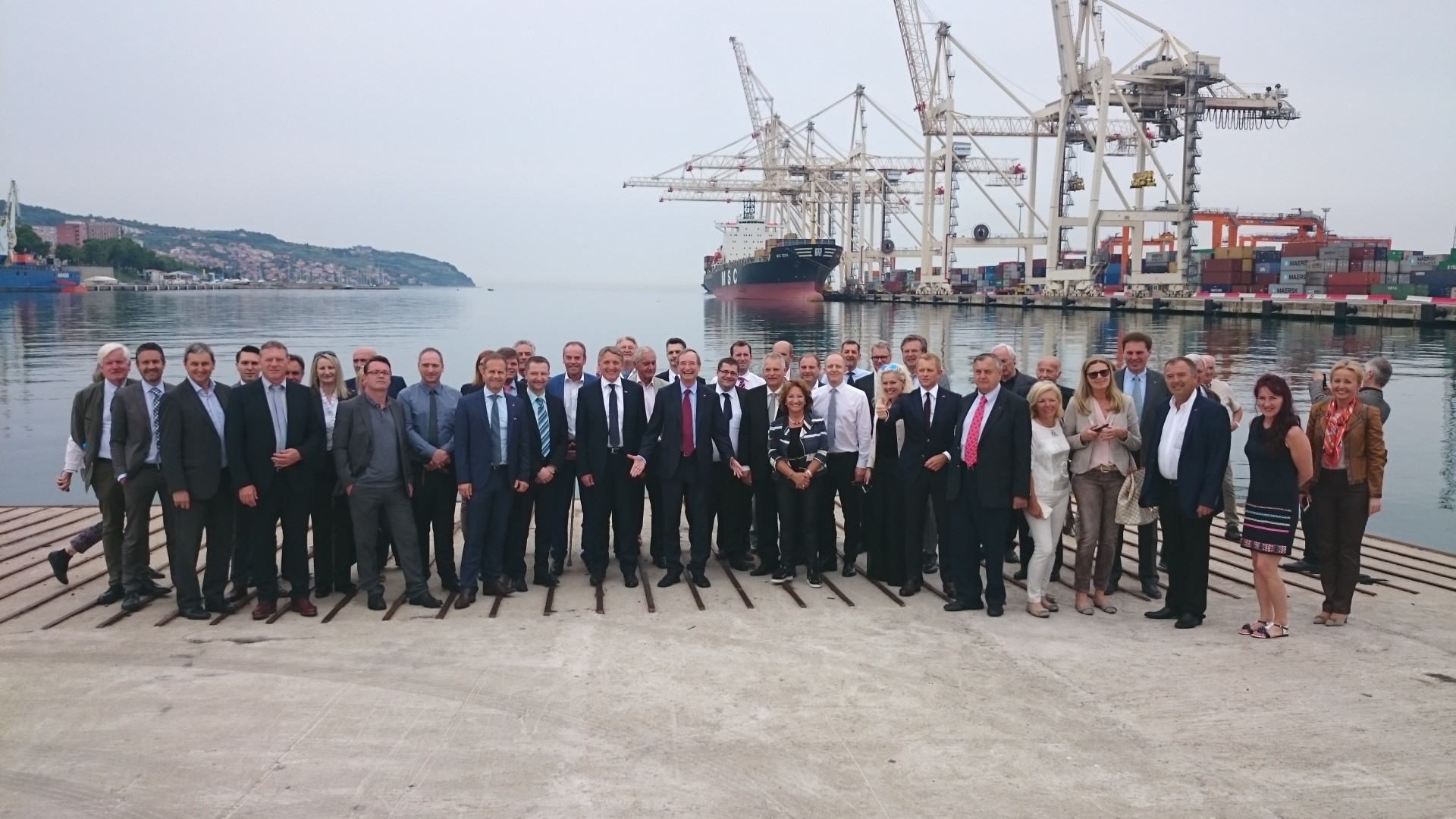 Yesterday, on 24th May, the Port of Koper hosted a strong delegation of Austrian businessmen, actually one of the largest in recent years, which paid a two-day visit to Slovenia. The arrival of the delegation composed of more than 40 representatives of internationally renowned and successful Austrian companies was organised by Advantage Austria, i.e. the Austrian Chamber of Commerce, with the intent to further consolidate and promote the business cooperation between the two countries, especially in the field of logistics and infrastructure.

The Port of Koper has represented the most important port for Austria since 2010, and Austria has been the port’s largest and most important market from the very beginning. This was additionally stressed at yesterday’s meeting by Dragomir Matić, the president of the management board of the Port of Koper, who pointed out: “I am delighted to have you as our guests today which is one day after the Luka Koper’s birthday. This year we celebrate the 60th anniversary and you undoubtedly helped us write an important chapter of our story of success.” This was additionally confirmed by Christoph Leitl, Chairman of the Austrian Chamber of Commerce, who praised the excellent geographic position of the Port of Koper and stressed the importance of further port development which will strongly depend on the second railway track Koper-Divača.

Of a total of 22 million tonnes of goods handled by the Port of Koper last year, almost one third consisted of Austrian cargo. It is handled at all port’s terminals whilst iron ore, paper, timber, coal and various types of goods transported in containers are at the top of the cargo types. Only last year, there were 195,000 Austrian containers moved in the port. At the meeting, the Austrian guests were also introduced to the anticipated investments that the Port of Koper plans to implement at the container and vehicle terminals.

The two-day visit by the Austrian delegation was concluded yesterday afternoon with the Austrian-Slovenian Business Forum, which was accompanied by several bilateral meetings of Slovenian and Austrian businessmen and was attended by the representatives of various Slovenian institutions. The Austrian guests also had the opportunity to meet with Borut Pahor, President of the Republic of Slovenia, Zdravko Počivalšek, Slovenian Minister of Economic Development and Technology and Peter Gašperšič, Minister of Infrastructure.