For the third consecutive year we organized a business reception for the Israeli partners. 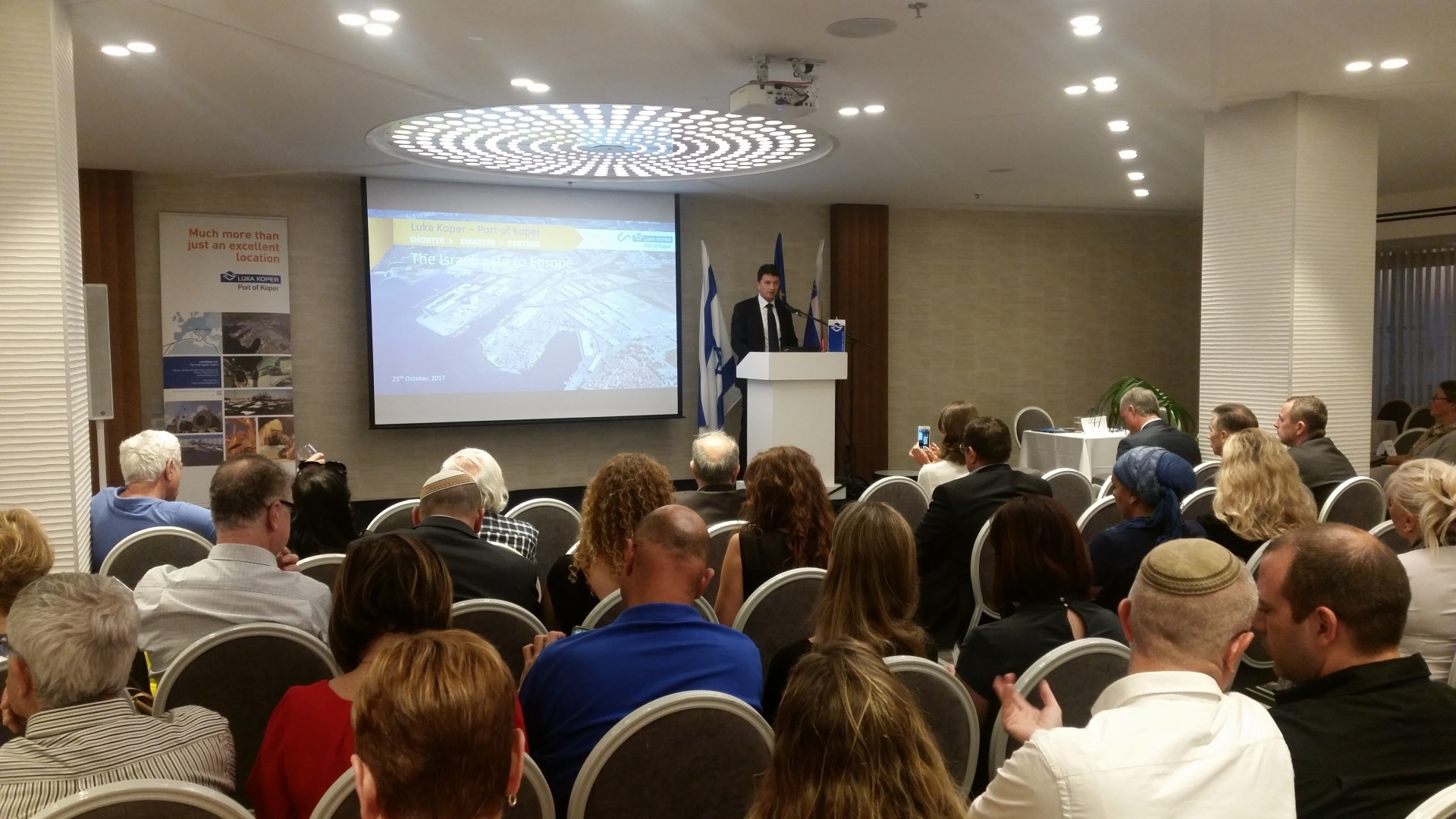 Tel Aviv, Wednesday, 25th October 2017: Luka Koper has, in cooperation with the Slovenian embassy in Tel Aviv, for the third consecutive year organized a business reception for the Israeli partners. The event was organized within the EU project Fresh Food Corridor, coordinated by Luka Koper, which involves many partners from Slovenia and Israel.

Namely, Israel is already a traditional market for Luka Koper and the cooperation with the Israeli companies had started soon after the Port of Koper was established, i.e. almost 60 years ago. Over the decades, the Port of Koper has become one of most relevant ports for Israeli goods, bound to EU market.

After a well attended B2B session with the numerous Port of Koper community members, the participants were addressed by the Ambassador of Slovenia in Israel, HE Ms. Barbara Sušnik, the president of the Port of Koper Management Board Mr. Dragomir Matić and Mr. Fabio Hrvatin, the vice president of the Slovenian Association of Port Logistics Providers.

Mr. Matić thanked the Israeli partners for the several decades of cooperation and trust and pointed out the satisfaction that the first phase of Fresh Food Corridor project was accomplished and it proved the competitive advantage of the railway logistic concept and looking forward its second phase with the innovative railway logistic solution on the European side. Favourable direct container services and short transit times with the Israeli ports of Haifa and Ashdod are giving a good basis for a further cooperation upgrade.

After a short video presentation the event turned into a more friendly-relaxed networking atmosphere.