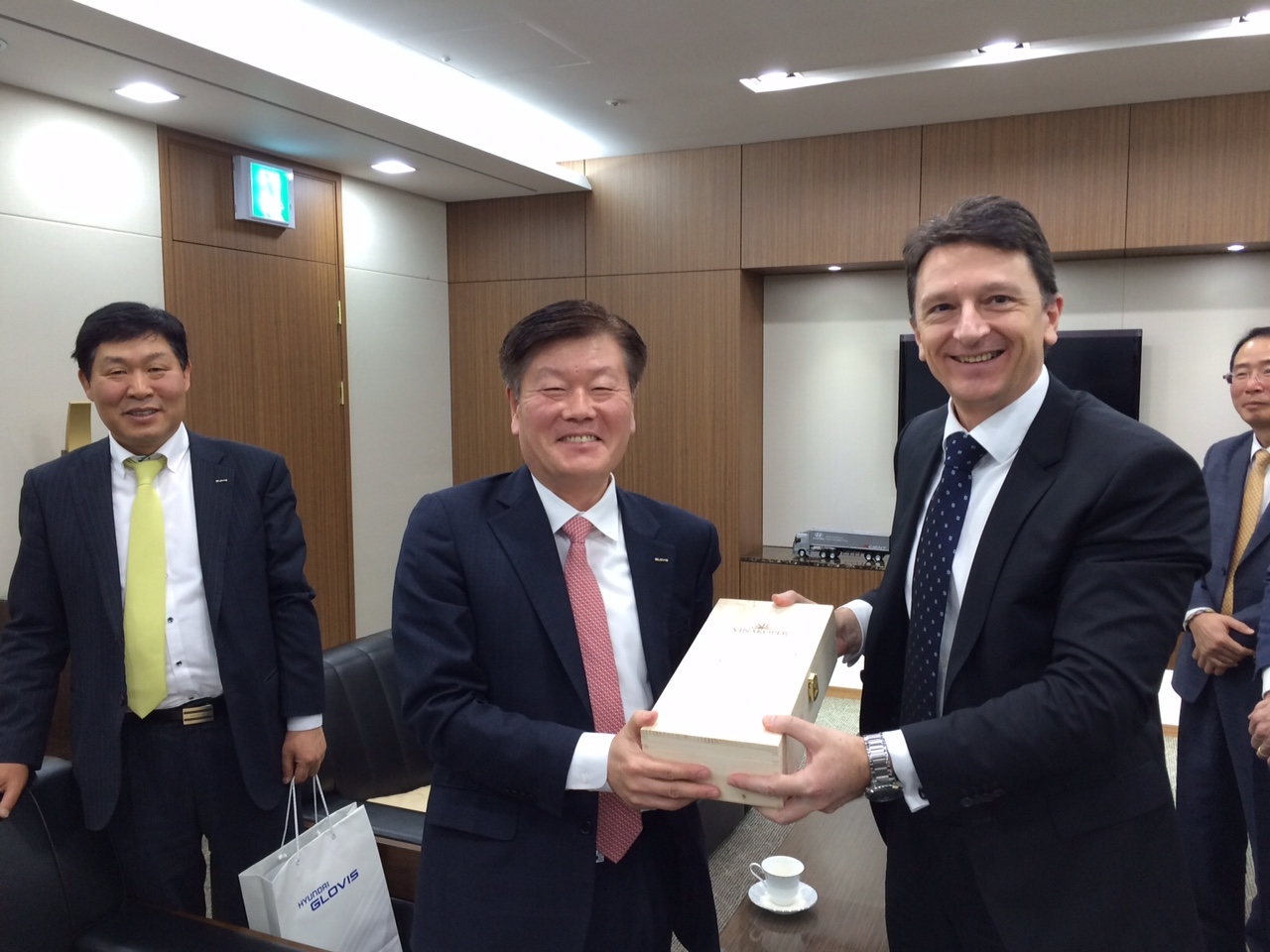 Among others, Luka Koper representatives paid a visit to the management of Hyundai Glovis, the logistics company that is a part of Hundai Kia Automotive Group. Luka Koper established the business partnership back in 2005 and today in addition to the supply of their car plants in Europe also the cars destined for Mediterranean markets pass through the Port of Koper. The delegation also visited the headquarters of Posco, one of the major steel producers in the world, which has through the Slovenian-Korean enterprise Posco- ESDC been developing in Koper since 2007 the distribution centre for iron/steel industry products, in particular for car and household appliances industry. The Korean partners were presented our development plans and all the companies expect Luka Koper to further invest in the port capacities because they see the Port of Koper as an important logistics partner in the expansion of their operations.

After the visit, the Management Board’s President Dragomir Matić noted: “South Korea is a key Asian market for Luka Koper due to longstanding business contacts with important companies of the area that go back to 1990s.” The total throughput for South Korea, which last year amounted to 1.6 million tonnes, has been on the constant increase in the recent years. Container freight amounting to 135,000 TEUs which accounted for the major portion of cargo was followed by cars and semi-finished iron products, mainly steel coils.