Four vessels to be unloaded in the next days. 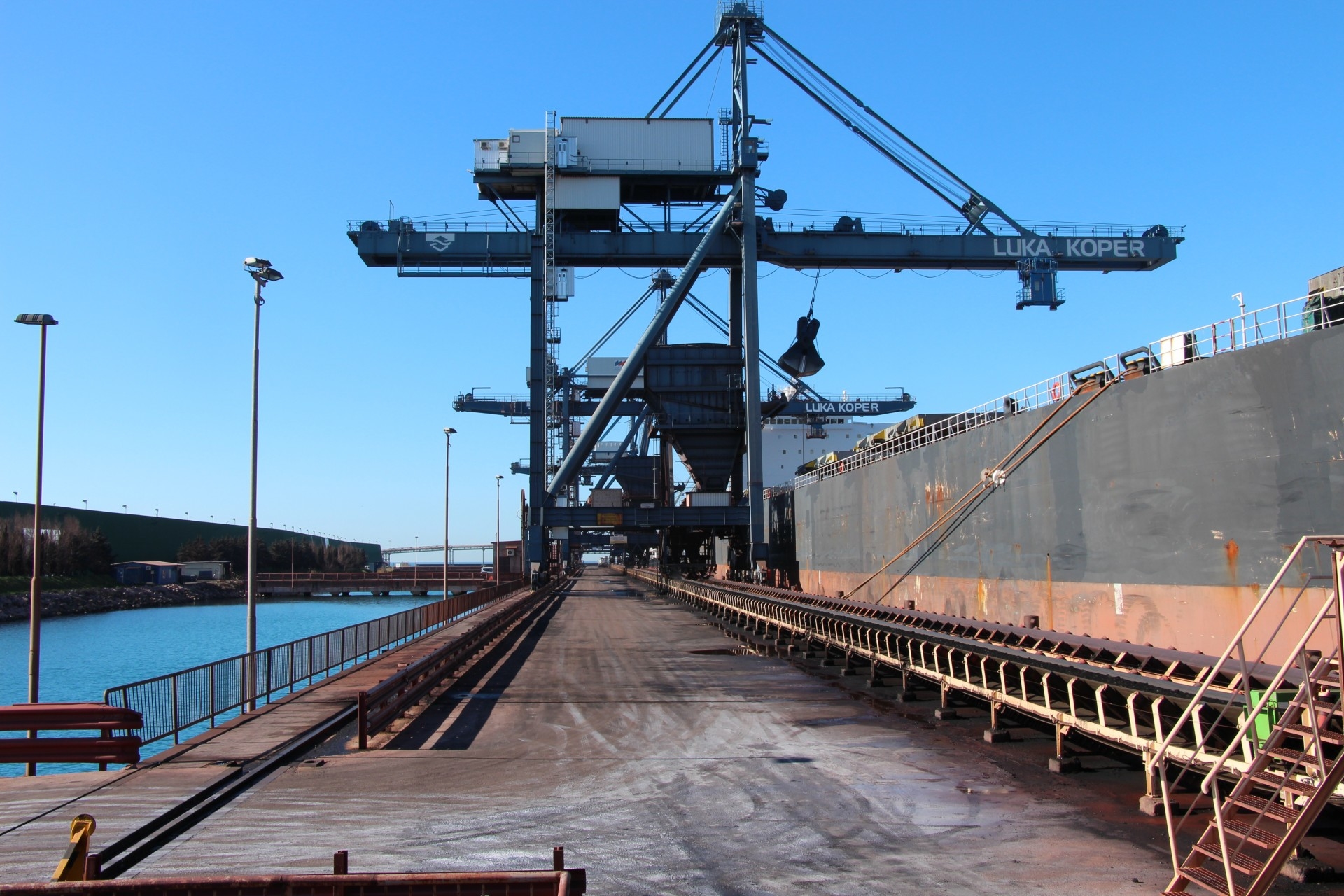 The European Energy Terminal has been very busy these days – over a period of  several days the terminal will unload almost 600.000 tons of coal and iron ore from four bulk carriers. Currently we are working on the ‘China Prosperity’ and ‘CSK Beilun’, each carrying 165.000 tons of coal. The ‘Samjohn Vision’ shall bring 183.000 tons of iron ore in the next days, while the panamax-sized ‘Adelante’ is heading to Koper with another 75.000 tons of coal. Such quantity in a relatively short time will require uninterrupted operations in all three working shifts with the involvement of all available resources.

The terminal for coal and iron ore was established in 1984 and is since then the supply gate mostly for Slovenia, Austria and Italy. Today it handles about one quarter of the whole maritime throughput of the port of Koper.

During the decades it was constantly updated with environmentally friendly technology such as anti-dust barriers and water sprinklers. A big step was made in 2013 when we replaced the water sprinklers with cellulose covering, a technique that more effectively reduces dust emissions.