Chinese remain very interested in the Port of Koper

Koper is already an important point on the Silk Road. 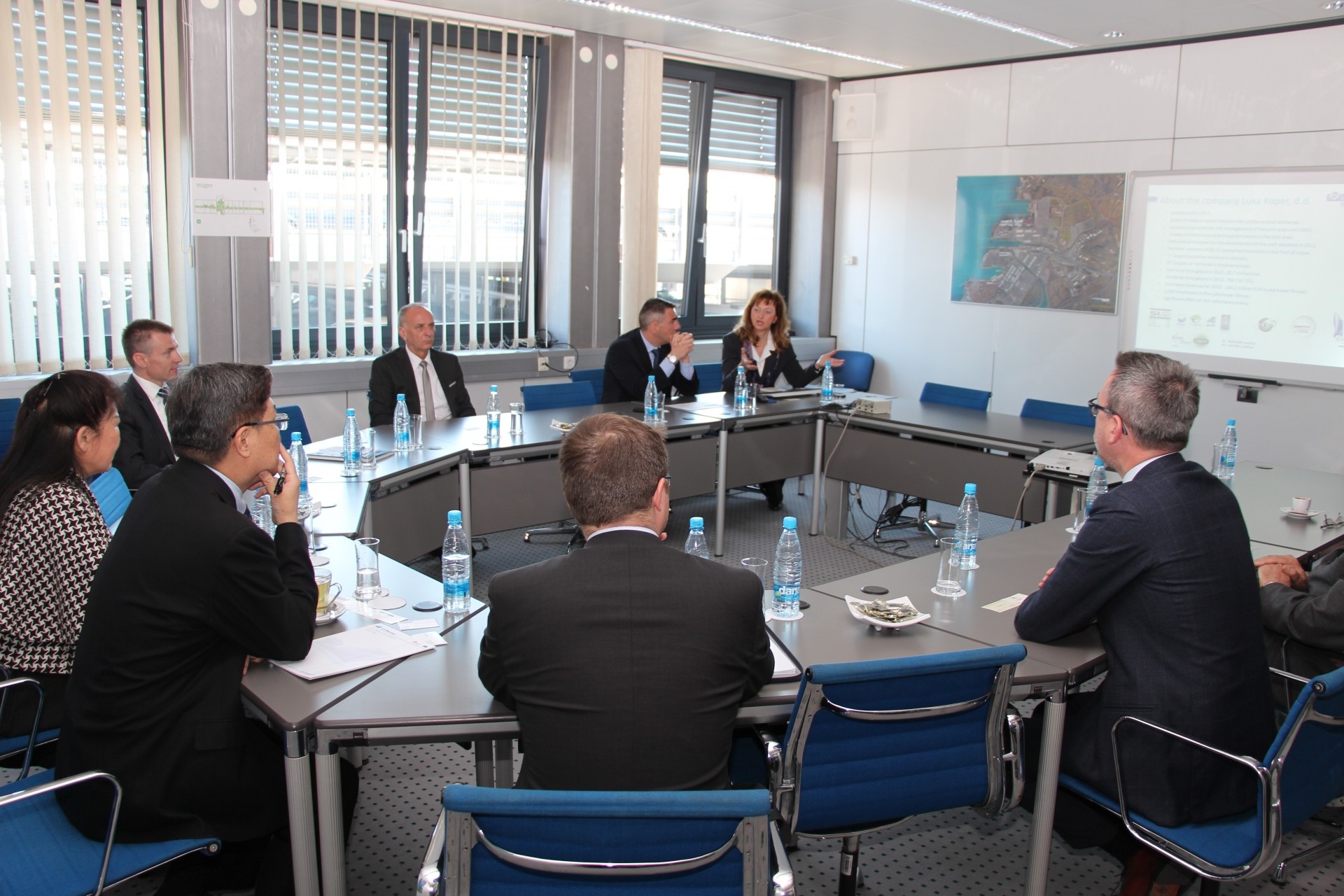 A day before the international conference on the Maritime Silk Road organised by the Central European Initiative and the European Bank for Reconstruction and Development on 19th May in Trieste, Italy, Luka Koper hosted a delegation of the Chinese state agencies and the representatives of the State Council of the People’s Republic of China. The delegation is one of the many visiting Europe within the project ‘One Road, One Belt’ related to the European Union’s strategic plans for the development of the Mediterranean and Adriatic-Baltic transport corridors; China is prepared to co-fund the actual projects along these transport routes.

The meeting was attended by the representatives of Koper port community headed by the President of the Slovenian Association of Port Logistics Providers and the President of the Slovenian Ship and Freight Agents Association, and the representatives of two Chinese state-owned shipping companies, i.e. COSCO and China Shipping Container Line. Our guests were presented the opportunities provided by the Port of Koper as a gate to the European markets. Actually, China has established its transport centres in the south of Europe and the North Adriatic is one of possible options.

China has been one of the most important overseas markets for Luka Koper. Nearly one million tonnes of different cargo were handled for this country last year, including 100,000 TEU. Koper is connected with Chinese ports by two direct container lines and several feeder services via Mediterranean hubs. Together with the NAPA Association ports, Luka Koper will participate in mid-June at the important international exhibition Transport Logistic China held every two years in Shanghai which is a great opportunity to enhance the visibility of the North Adriatic transport route.