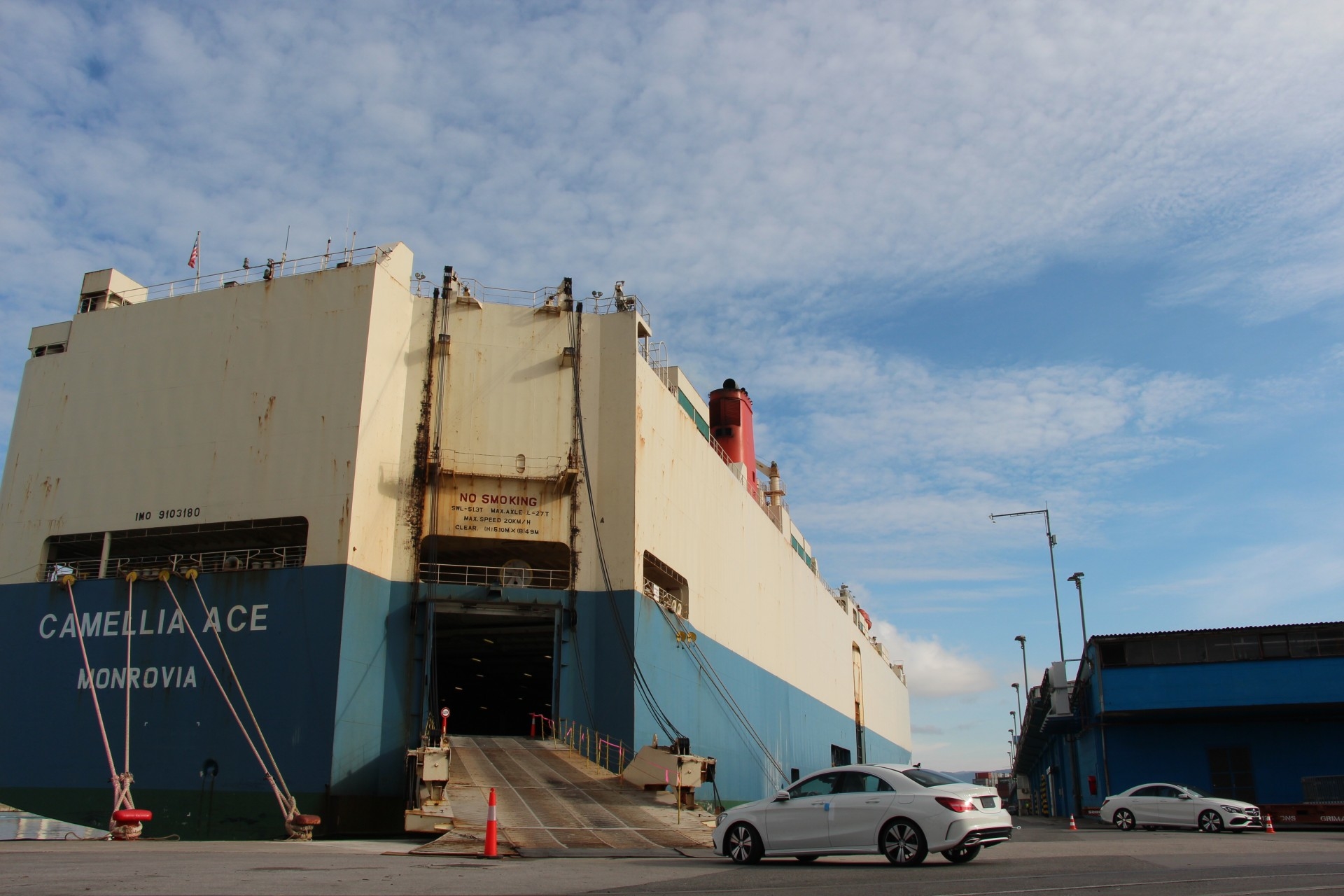 Port of Koper has proved successful also in the second international tender launched by the German corporation Daimler that already in 2015 chose the Port of Koper as one of its main ports for the export of cars manufactured in the Mercedes-Benz plants in Europe. The new business operation with Daimler is of primary importance since it opens the door to a series of additional direct maritime connections for vehicles transport between Koper and Asia. In addition to China, Hong Kong and Singapore, the vehicles will from now on be dispatched also to Japan.

»Daimler’s decision to select Koper again is for us a confirmation that we fulfilled their expectations. The new maritime connection with Japan, provided by the MOL shipping company, paves the way for additional business operations both in exports from Europe and imports from Asia to Europe«, Dragomir Matić, president of the management board, commented on the Daimler’s decision.

As a reminder, Daimler began to export Mercedes-Benz vehicles through Koper in October 2015. Koper has thus become the third largest port of export after Bremerhaven and Zeebrugge to be included in the Mercedes’ supply chain. A vital factor in the selection process was the reliability of the Port of Koper’s infrastructure and specific experience in transhipment and storage of this sensitive cargo. As communicated by the Daimler corporation at that time, vehicles’ exports to the Far East through Koper represent a great step forward in the improvement of the entire vehicles distribution logistics since a shorter transport route means also higher flexibility and lower costs. In line with their orientation, they did not forget to mention the environmental aspect: a shorter distance means less harmful emissions both in land- and maritime transports performed along the logistics route.

The volume of Mercedes-Benz vehicles transhipped through Koper already exceeds one hundred thousand units per year and owing to the new business opportunity, the quantities will additionally increase. Last year, the port’s Car Terminal handled almost 750 thousand of cars. In the first nine months of this year, 521 thousand vehicles were already handled. In line with the port’s business strategy which considers vehicles, together with containers, the company’s strategic cargo, 43.6 million euros will be invested in additional car handling facilities over the next years. One of the major investments will be a new garage with 6,000 parking lots that will contribute to increase the annual throughput by approx. 162,000 cars. With the construction of the garage, the port will meet the clients’ increasing demand for covered warehousing areas while at the same time, it will increase the storage capacities and improve its internal logistics applied in the handling process.