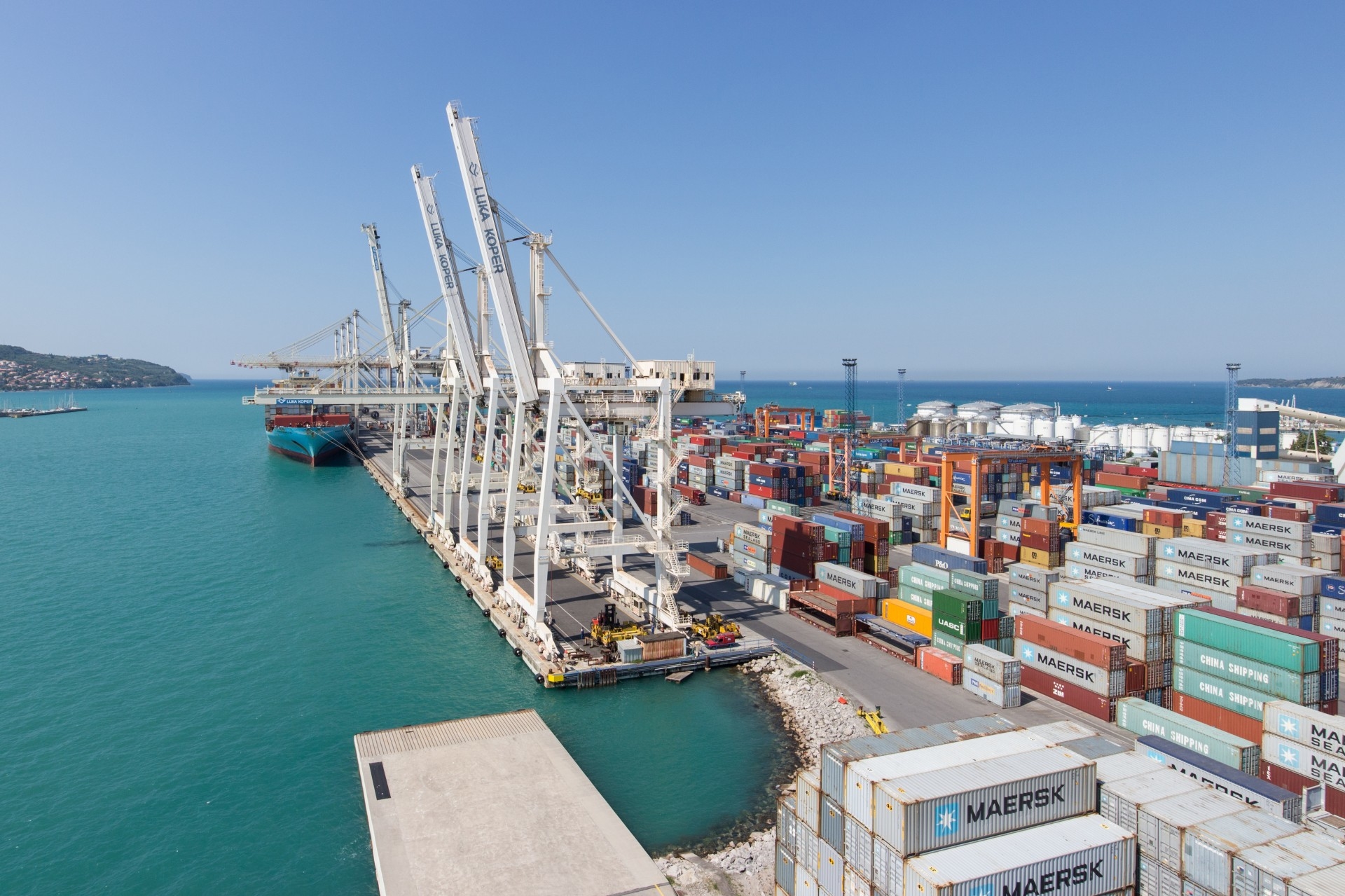 Dredging operations at the Container terminal and in the access channel are officially concluded. The Slovenian Maritime Administration has just issued a provision, which allows the arrival of vessels with a maximum permissible draft of 14.5 meters in the north part of Basin I.

The importance of this achievement shall become even greater in the near future, since we continue with intensive investment activities in infrastructure and port equipment.

In recent days we placed orders for various handling equipment. We have ordered two STS super post-panamax cranes with an outreach of 24 rows, which shall be operational in June 2017. After the extension of the quayside for 100 meters, which is planned for 2018, we shall purchase additional two super post-panamax cranes – this will enable operations also on largest vessels with 20,000 TEUs capacity.

In addition to shore-to-ship cranes, we have ordered also two Rail Mounted Gantries (RMG) for loading/unloading operations on trains. The extension of existing three terminal railway tracks and the construction of two more is currently underway and shall be concluded in February 2016. At the end of 2016 we also plan to put into service additional seven Electric Rubber-Tyred Gantries (RMG).

All mentioned purchases are part of a broader development plan of the Container terminal, which anticipates the extension of Pier No. 1 and the construction of new facilities, enabling an annual throughput of 1.3 million TEUs by 2020.