EU representatives: The construction of the second railway track is an urgent task

Brian Simpson and Jose Anselmo from the Motorways of the sea project visit Koper. 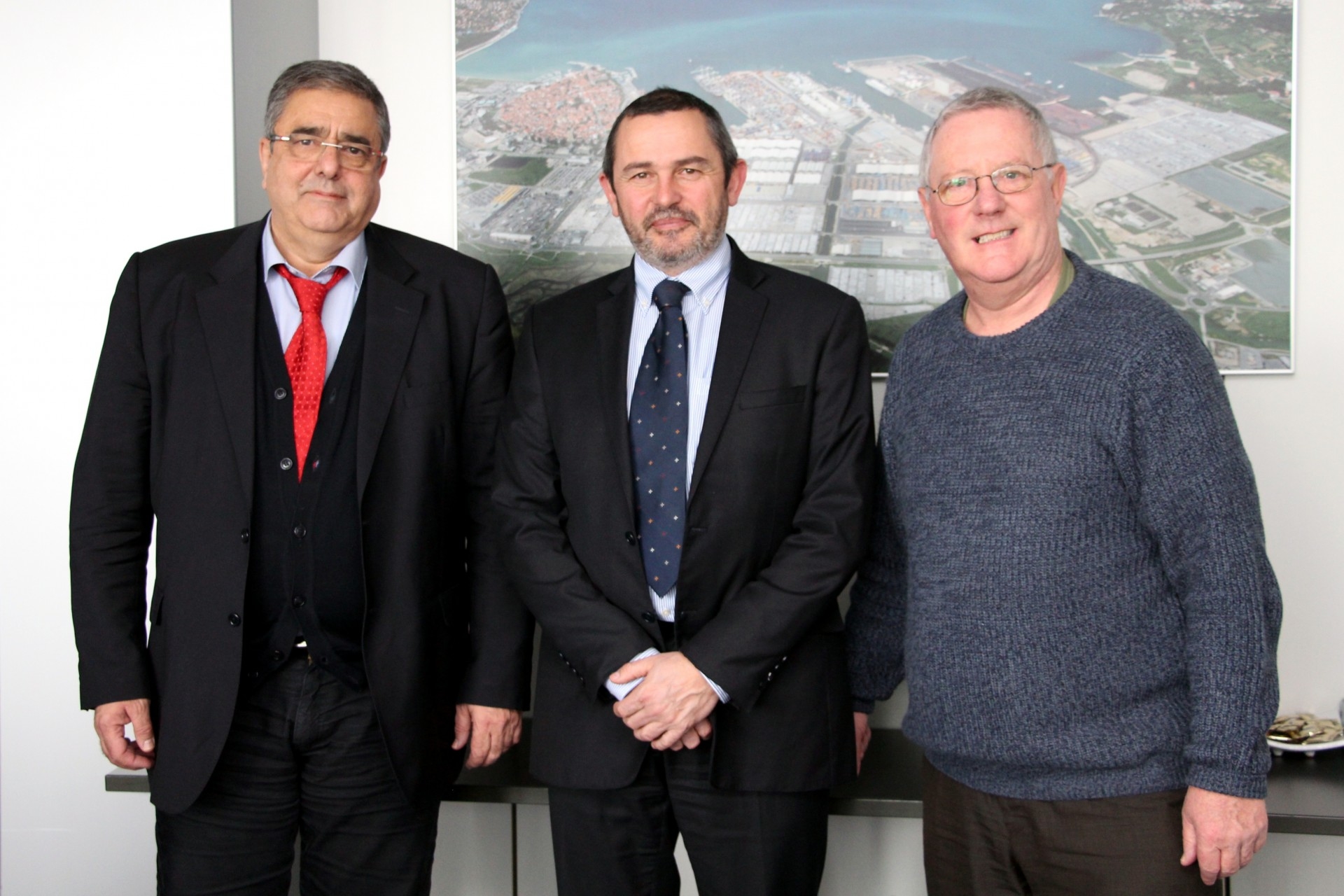 Due to the fact that February 26, 2014 is the final date for the submission of applications for the first call of proposals under the Connecting Europe Facility, on which applied also other northern Adriatic ports, the abovementioned visit was also related to the presentation of the project applications.

Mr. Andraž Novak, Member of the Management Board in charge of port infrastructure development, jointly with the collaborators from the Strategic Development Department and Sales Department hosted the guests. The representatives from Brussels were enthusiastic with the presented plans and particularly emphasized the above average results the Port has been achieving on the existing railway infrastructure. They agreed that the second railway track and the capacity of the rail transport are the priority issues of Slovenia.

Port of Koper representatives also presented four development projects which will be submitted within the framework of the partnership of the Northern Adriatic Ports and other actors. Infrastructural projects NAPA4CORE (related to the increase of the Container terminal capacities) and NAPA4MOS (related to the construction of a new Ro-Ro berth), which include the investments in new entry gates in the port, are of key importance for Port of Koper.

Also two other projects GAINN4MOS related to the improvement of the energetic efficiency of the Mediterranean ports (supply of alternative energy products) and Fresh Food Corridors (the transhipment of perishable goods from third countries in Europe) are of utmost importance for Port of Koper.

Luka Koper is applying with all projects for approximately 13.4 million euros of allocated EU funding.