Extension of the southern part of Pier I completed 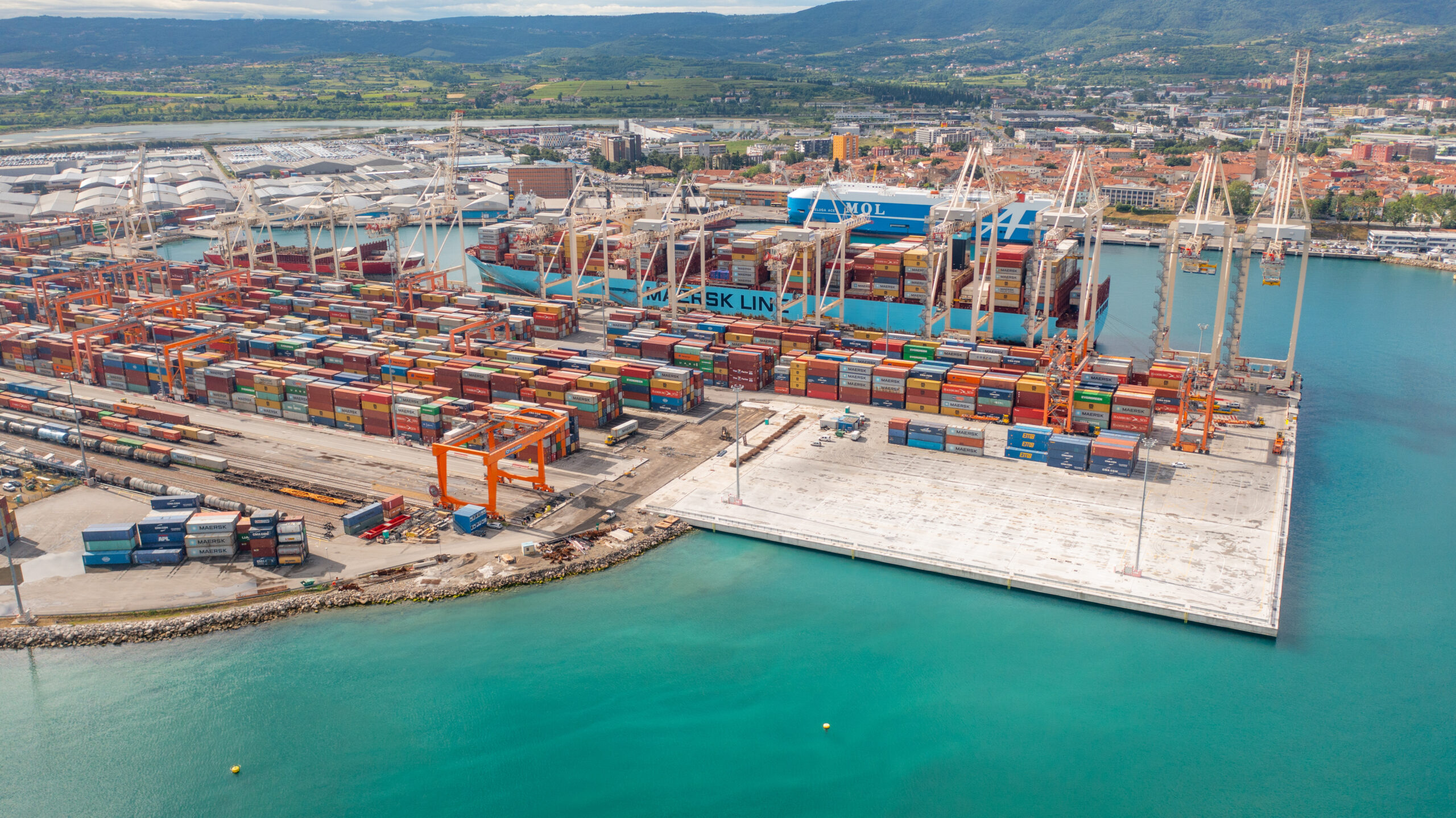 With the acquisition of the operational permit for the last section of the newly built extension of Pier I, we have completed one of the largest individual investments in the last decades. The operational permits were obtained separately for each completed section, which were then put to service as storage areas. With this we have considerably eased the pressure on storage areas, which we have been facing for months due to the increased cargo volumes.

The construction works began in mid 2020, while the value of the investment reached 45,6 million EUR. A portion of the financing was secured within the EU project NAPA4CORE/Connecting Europe Facility. In 2021 we have put in service the 98,5 meters long quayside and two super post-panamax cranes were recently installed. With the expansion we acquired new areas and increased the stacking unique capacity of the marine terminal by 15 %. Terminal’s annual capacity is now increased to 1,5 million TEU.

»This is not the last chapter of the expansion of the container terminal. We are currently preparing documentation for the extension of the pier also on the north side. This investment will be much larger in terms of assets involved and funds invested« announced Boštjan Napast, president of the management board of Luka Koper. The total value of the investment is 248 million EUR until the end of 2030 and includes, beside STS cranes and 340 meters of quay, additional 118.000 square meters of storage areas. With all these investments and other process improvements the annual capacity should reach almost 2 million TEUs.