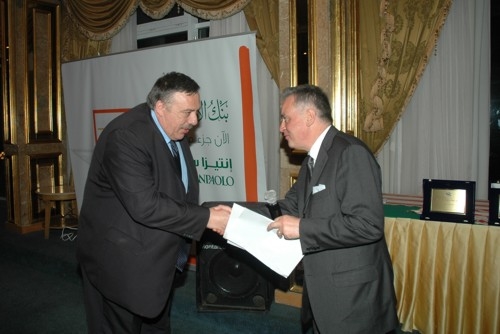 Special recognition was granted to the BEST EXPORTER, the BEST GROWER and the BEST SERVICE PROVIDER in the Mediterranean in 2008. Nominees included companies from Egypt, Italy Morocco, Slovenia, Spain, Tunisia and Turkey.

Port of Koper, Slovenia – Fruit Terminal was awarded with prestigious award »The best service provider in 2008«.

Port of Koper handled more than 90.000 tons of bananas in 2008. However, in the first four months of 2009 we already handled 40.000 tons. Additionally, the number of containers coming from Israel is continually rising – compared to last season we handled 180% more fresh produce this season.