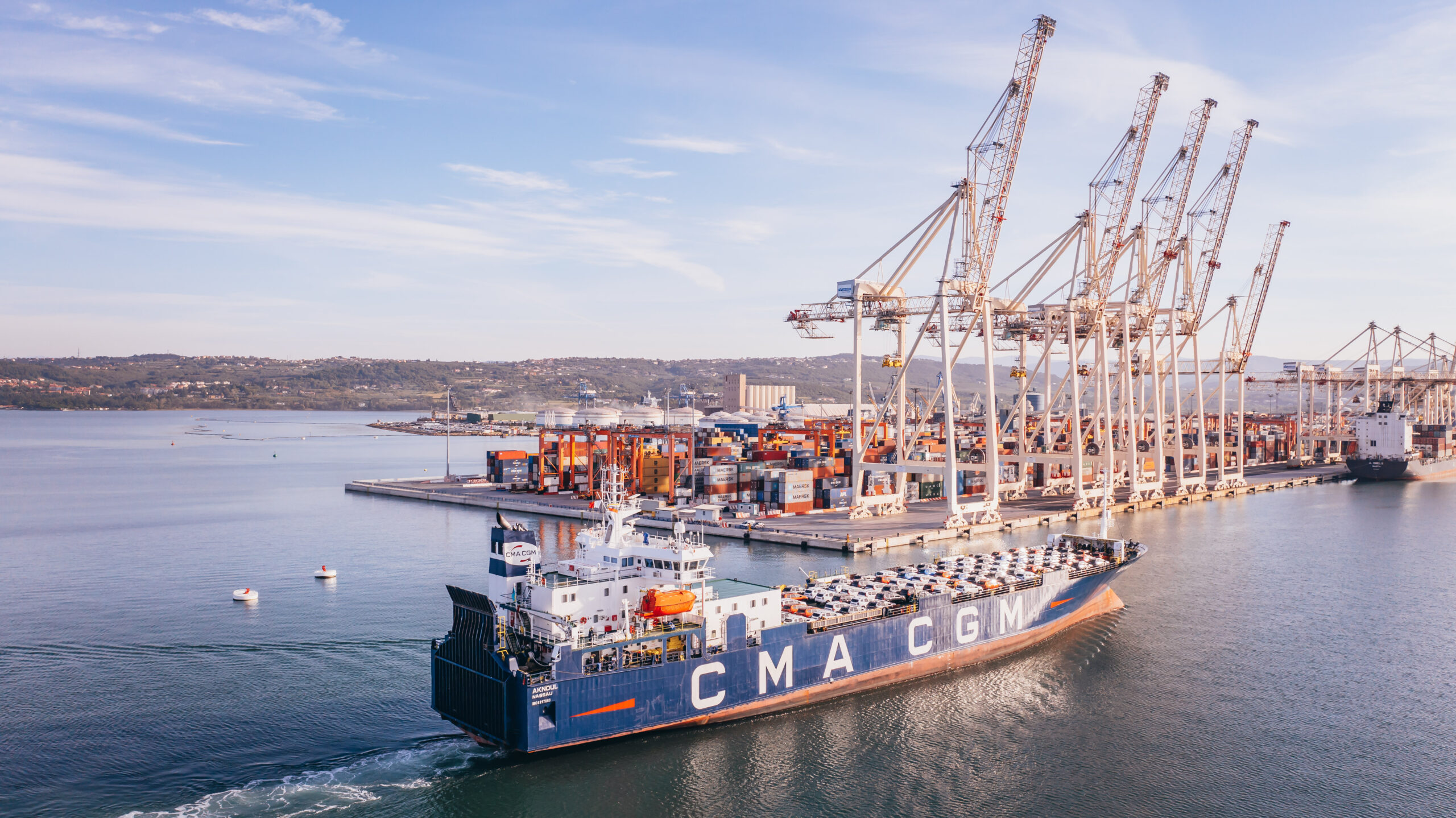 On Wednesday, October 12, 2022, we welcomed for the first time the Aknoul, a vessel of the French shipping company CMA CGM. Luka Koper has a long and successful history of cooperation with CMA CGM on the container segment, but this is the first time we berthed their RO-RO type vessel.

The 122-meter ship Aknoul usually sails on a regular service between Marseille and Casablanca, but this time the shipowner assigned her a special humanitarian mission. Before arriving in Koper, the ship unloaded 1,000 tons of humanitarian aid for Ukraine, provided by the French government, in the Romanian port of Constanza. It is the largest one-time donation from France to Ukraine in the amount of 8 million euros so far, and includes fire and ambulance vehicles, emergency prefabricated bridges and medical equipment. The ship was already involved in a similar humanitarian campaign in 2020, when it delivered several thousand tons of aid to Lebanon. 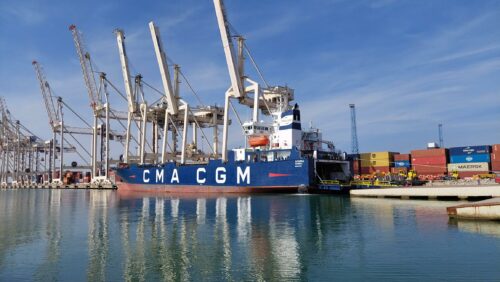 With the arrival of the Aknoul in Koper, the possibilities of in-depth cooperation between the Luka Koper and the French shipping company in the field of vehicles are opening up, as the port of Koper is considered one of the key car ports in the region – it regularly ranks among the top five in the European ranking of car terminals. This time, the ship loaded and unloaded only a few hundred passenger vehicles in Koper, but the French partner plans to put more emphasis on this business segment in the future, so we may see in the future the Aknoul in our waters once again. 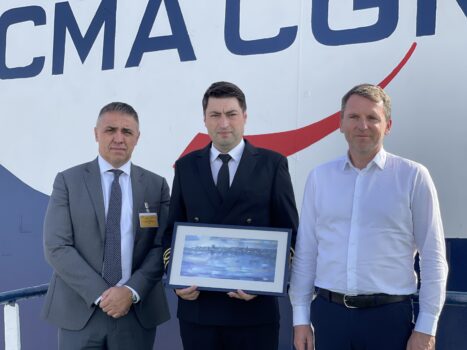