The Austrian economy is interested in even closer cooperation with the northern Adriatic. 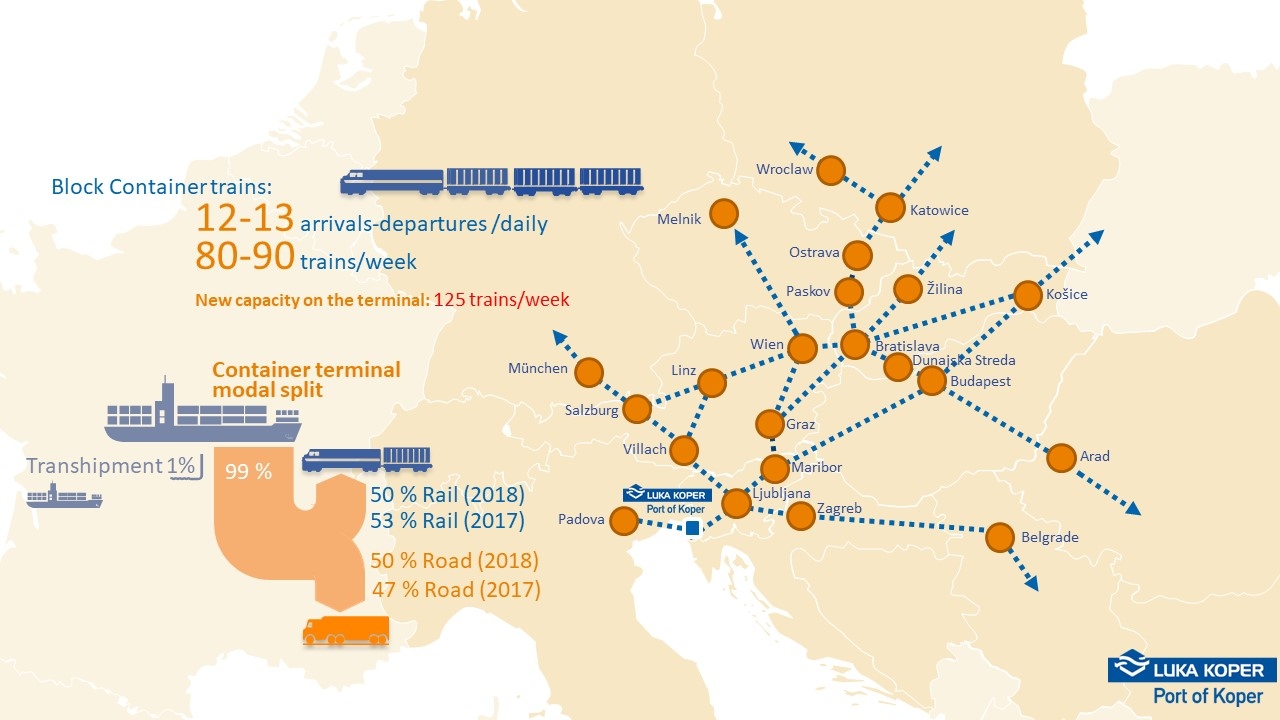 At today’s business meeting held in Škocjanski zatok Nature Reserve near Koper, 26 Austrian companies active in the logistics, transport, IT and civil engineering sectors took part. Some of them were interested in expanding their business whereas others   already make up the northern Adriatic logistics network. According to the data published each year by the logistics magazine Verkehr, the Austrian economy has carried out  most of its maritime transport via the Port of Koper for the eighth consecutive year.

With 7.1 million tonnes of various goods handled, the market share of the Port of Koper in Austria is estimated at 33%. A key prerequisite for fruitful business cooperation is good railway connections. For many years now, daily railway connections have been in place between Koper and the Austrian logistics centres for the transport of containers and other goods such as coal, iron ore, phosphates and fuel. A container connection with the  logistics centre in Graz operates ten times a week, and containers can be transported to Villach and Enns and from there to other Austrian centres several times a week. The modal road/railway split in the Austrian market is therefore significantly weighted towards railway (75%). Goods to/from Austria are handled at all terminals in  the Port of Koper, with the most common products being timber, paper, coal, iron ore, and various goods transported in containers (225,000 TEUs were registered last year). Between 2009 and 2018, the number of containers increased almost six times.

According to Advantage Austria, the Adriatic ports of Trieste, Koper and Rijeka are key trade partners for the Austrian economy. The forecasts for the Silk Road, e-commerce and online retailing, and the continuing trend towards global production, sales and supply chains, are only some of the indicators of the increasing importance of goods-handling and the related demand for innovative, efficiency-enabling products and services.