In the future, ships will be powered by alternative fuels 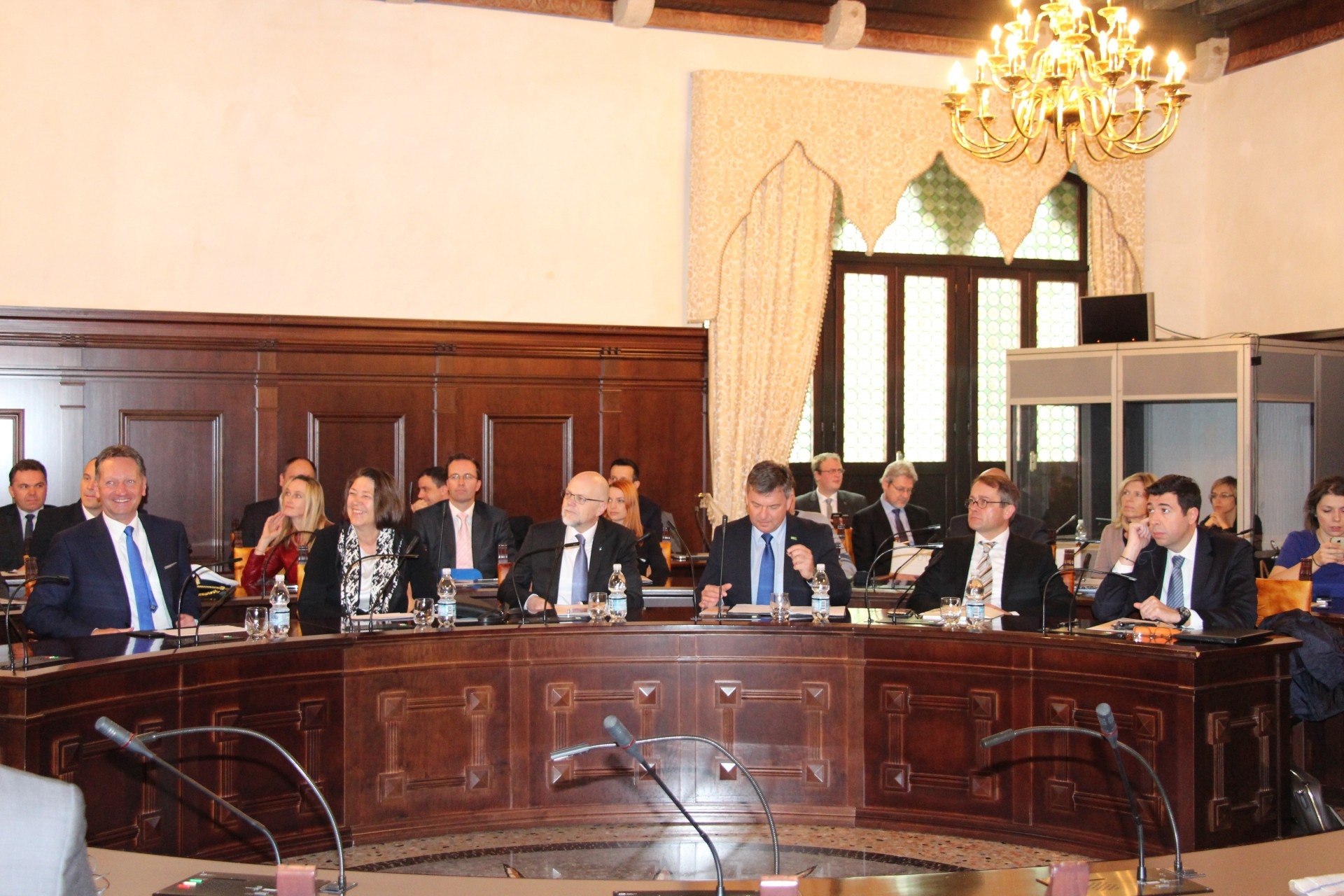 Yesterday, on January 29, 2018, the Port of Koper hosted a conference on the establishment of alternative fuels infrastructure and on possibilities for on-shore electric power supply for vessels. The event was held as part of the Elemed EU project in which the Port of Koper takes part. On behalf of the organiser, Dimitrij Zadel, President of the management board, welcomed the participants and underlined the commitment of the Port of Koper to reducing the environmental impact. The event was also attended by Violeta Bulc, EU Commissioner for Mobility and Transport, and by Peter Gašperšič, Minister of Infrastructure of the Republic of Slovenia. As Mr. Gašperšič pointed out, Slovenia has a clear vision in the sphere of sustainable mobility and pursues the objective of becoming one of the greenest EU countries in terms of traffic by 2030. For this purpose, the Alternative Fuels Strategy was adopted last year, which, among others, anticipates that the Port of Koper will provide for liquefied natural gas shipping supply and shore-to-ship electric power supply by 2025. “I am glad to notice that the Port of Koper actively evaluates these requirements by taking part in various EU projects, including also Gainn4mos and Elemed. The State shall provide the support in order to achieve the set targets”, stated Gašperšič. In her capacity as EU Commissioner, Ms. Bulc confirmed the EU’s commitment to establishing an efficient and interconnectable traffic system. To achieve the reduction in negative environmental impacts, all stakeholders from the shipping sector need to work together. In the future, the European Commission will allocate additional financial assets to the ports for their investing in the introduction of alternative energy sources, as well as for the up-grading of existing infrastructure and for improving the hinterland connections. As a matter of fact, noticed Bulc, ports are not only important for the economy of their country but significantly contribute to the economic development of other landlocked countries as well.

The shipowners’ point of view was presented at the conference by Nikos Paterakis, Chief Operating Officer at Neptune Lines, who agreed that ships’ plug-in to electric power from shore is more environmentally acceptable, especially for the local population. However, from the perspective of commercial viability, the shipowners will require incentives for investments in the ships power generation equipment.

Boris Sučić from the Energy Efficiency Centre at the Jožef Štefan Institute presented the initial findings of the study on possibilities for the use of shore-side electricity for ships as alternative energy source in the Port of Koper. As he pointed out, the Port of Koper is among the most environment-friendly ports in Europe and has been involved in the advanced projects development for many years. The introduction of power supply for vessels is just one among many other projects, however, one of the most demanding as well. Namely, in addition to substantial financial assets, it requires a tight cooperation between the electric power system operators, the State and the port. The study is expected to be completed by the end of March.