Japan is an important market for Port of Koper

Our business partners from Nagoya visited us today. 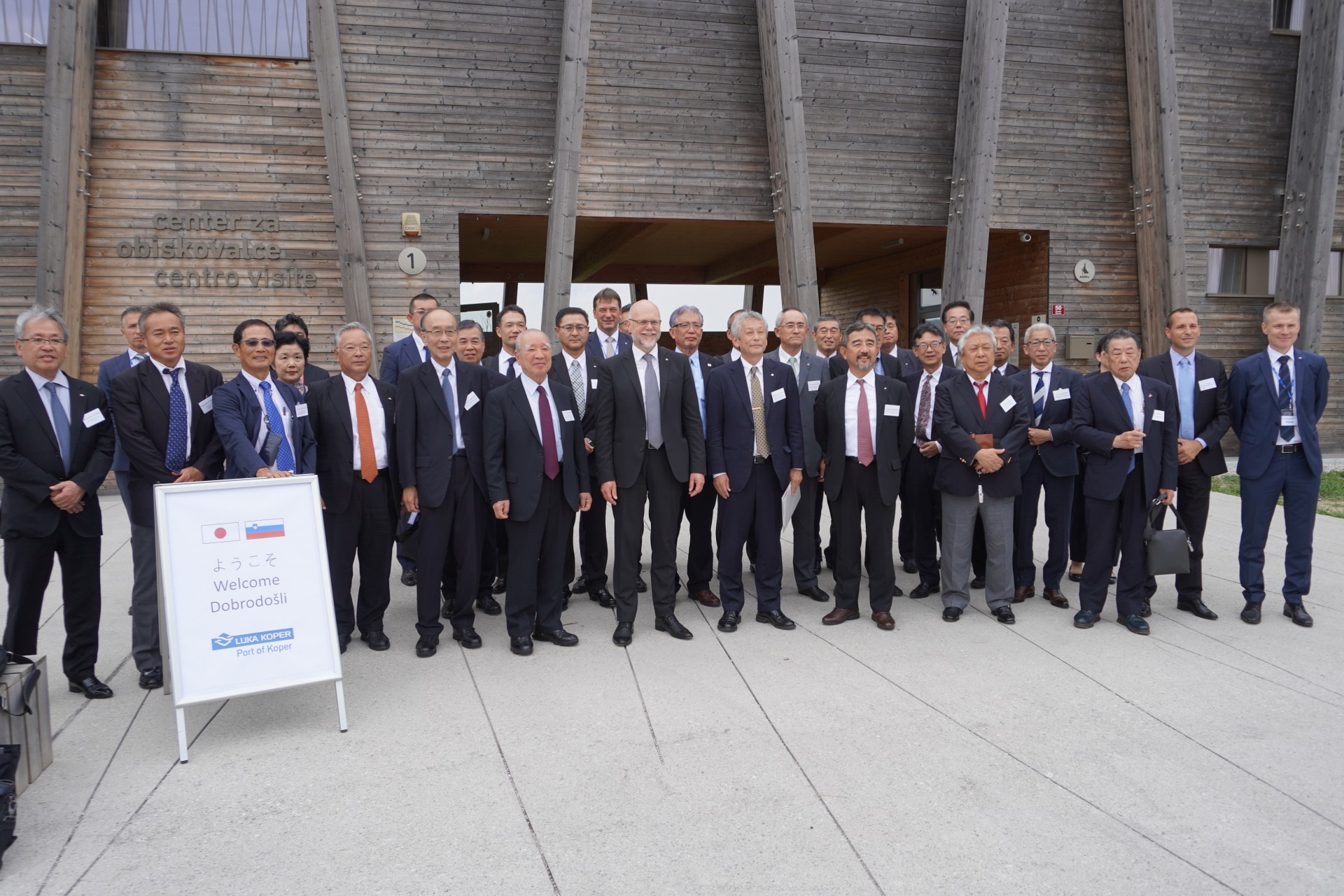 Today, in the Port of Koper we hosed a 38-member delegation from Nagoya Port Authority and the Nagoya Chamber of Commerce and Industry with representatives of both public and private sectors.

The Japanese market is one of the most important for the Port of Koper, with great potential for further growth, especially in the area of ​​containers and vehicles. Nearly half a million tones of goods have travelled from/to through the Port of Koper in 2018. The numbers are increasing in recent years as Japanese companies take advantage of North Adriatic in their exchange of goods with Central and Eastern European countries. This was also evidenced by a study done in 2016 by a team of experts from the Japanese Ministry of Transport and the Ministry of Economy, who identified the Port of Koper as the most up-to-date and geographically best located port in the North Adriatic. “The study also revealed some shortcomings, namely a potential bottleneck in the port’s hinterland rail links. Therefore, we are pleased to have the opportunity to explain to the Japanese partners that the preparatory work for the additional railway track have already started, “pointed out the President of the Management Board, Dimitrij Zadel.

Genichi Kashiwamura, representative of the Japanese logistic company Yusen Logistics presented to his compatriots their best practices in using the Port of Koper. He has shown concrete calculations that the whole logistics route, sea and land parts, from the Far East to Budapest is cheaper via Koper compared to the northern European ports. However, it is true that Koper does not currently have a direct shipping connection to Japan, which would be even more effective in terms of time and cost.