Japanese logistics operator realised the advantages of the Port of Koper

Nippon Express, one of the largest Japanese and global logistics operators, intends to focus even more on Koper. 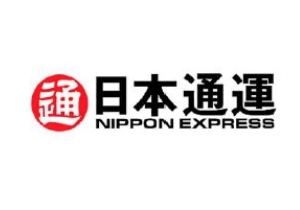 From early November, Nippon Express has offered its clients the ‘Adria Direct’ logistics service promoting it as a better alternative to the container freight from Asia (and India) to the markets of the Central Europe than the established routes via the North-European ports. According to Nippon Express, the key advantage of Adria Direct service is a shorter transit time and consequently reduced transport costs. They point out that the transport costs for one 40ft container from Singapore to the Central Europe are via the Adriatic transport route about 10 percent lower. Luka Koper has more intensively collaborated with the Japanese logistics provider since 2014 when Nippon Express established LCL service on the relation Japan – Budapest.

Luka Koper considers the Japanese market one of the most interesting markets in Far East while the Port of Koper is for Japan a good choice when it comes to overseas transport to Europe. This was also demonstrated by the study conducted at the beginning of 2016 by the group of experts from the Japanese Ministry of Transport and the Ministry of Economy. The comparison of four North Adriatic ports saw the winner the Port of Koper which was considered the best choice. In 2015, about 350,000 tonnes of cargo were transported to and from Japan via the Port of Koper whereby cars accounted for the major part of import and containers for the major part of export.