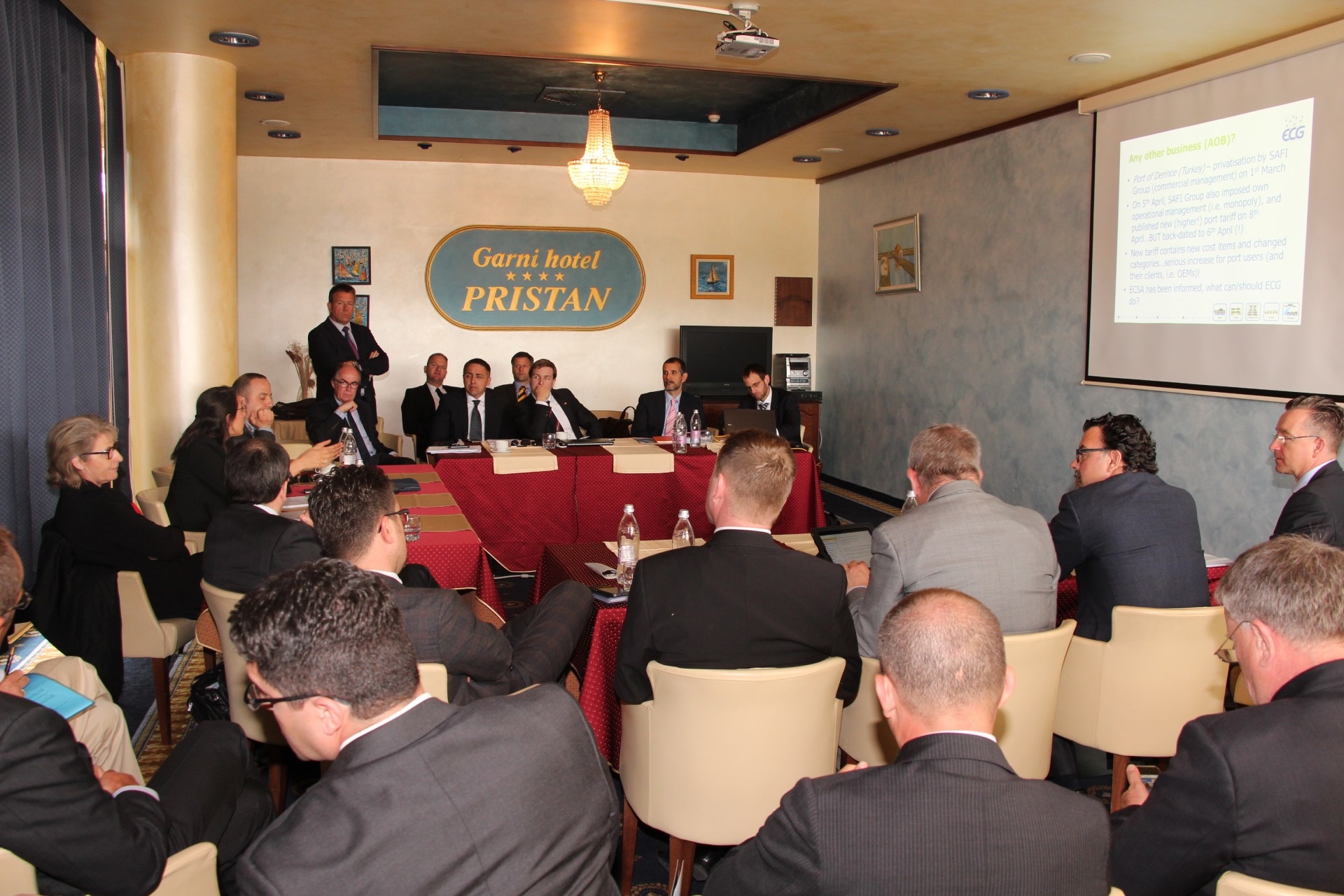 The first was held for maritime industry and port’s activity, whilst the second was a regional meeting of members from Central and Eastern Europe. ECG members provide transport, distribution, warehousing and preparation of vehicles for vehicle manufacturers and exporters. The revenues of all association’s members amount to a total of 22 billion euros yearly and employ around 105.000 people. They own 421 vessels for the transport of vehicles, 19.700 special wagons, 84 river barges and 24.000 special road vehicles for vehicle transport.

The decision to host two ECG meetings in Koper is a great honor for Luka Koper, which has one of the biggest car terminals in the Mediterranean area. In 2014, 518.893 vehicles were handled in Port of Koper. According to the statistics published in Automotive Logistics with throughput achieved in 2014 Luka Koper holds the same ranking position as in 2013: second among Mediterranean EU ports and eleventh place among all European car terminals.

In the first quarter of 2015, 135.577 vehicles were handled in the Port of Koper, which is a 19% increase compared to last year. The majority of European and Asian car manufacturers are our customers, regular shipping lines from Koper are provided by the biggest shipping companies specialized for vehicles. The storage of cars is provided in a closed garage as well as on the extensive open storage areas. In last few months 56.500 m2 areas were asphalted for this purpose.