The Ministry of Infrastructure adopted a temporary reduction of port dues. 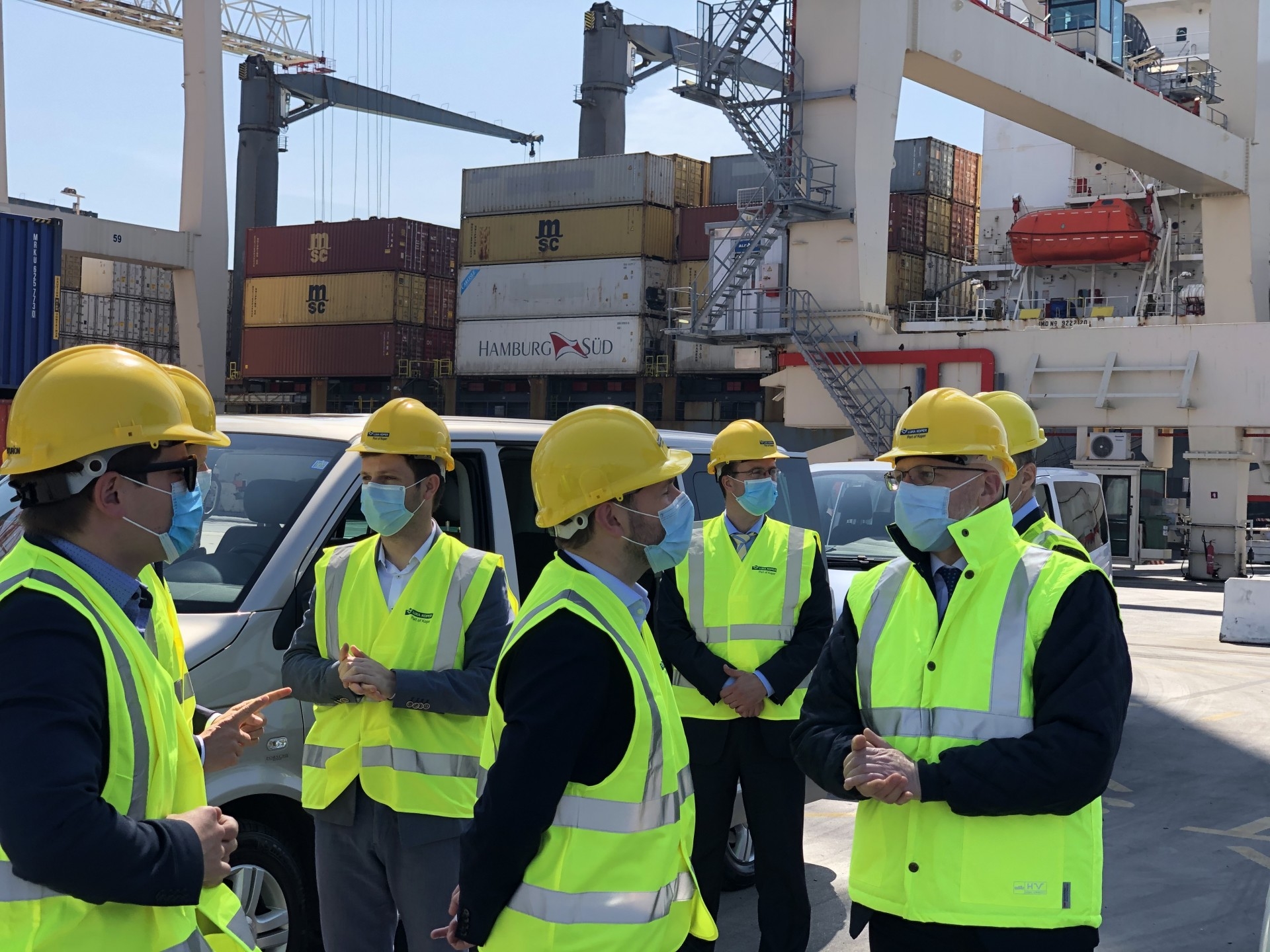 The Ministry of Infrastructure of Slovenia has, at the initiative of Luka Koper and the Slovenian Ship and Freight Agents Association, adopted a temporary reduction of port dues. This was announced by the Minister Jernej Vrtovec during his visit to the Port of Koper today. “The port of Koper is our window to the world. It is important not only for Slovenia, but also for other hinterland countries. That is why I have today signed a temporary reduction of port dues”, the Minister said. Port dues will be halved for cargo ships till the end of September 2020, and are exempted for passenger ships. This action by the Ministry of Infrastructure is welcomed in view of the competitiveness of the Port of Koper at a time when all logistic companies are facing the effects of the Corona virus pandemic.

On the occasion of his visit to the Port of Koper, the management board of Luka Koper has introduced to the Minster about ongoing and future infrastructural projects in the port. The ministerial delegation took an overview, among other things, of the construction of the new garage, the almost completed ro-ro berth in the third basin and to the area of ​​future extension of the first pier. In this respect, we have just today chosen the contractor for the construction of a 100 meter extension of the operational shore, which is, together with the storage areas, worth EUR 45.6 million. “This is the most important investment of Luka Koper, which will respond to the demands of container shipowners. With this investment, we intend to preserve the primacy as the largest container terminal in the Adriatic “, as declared by the president of the management board of Luka Koper Dimitrij Zadel.

The representatives of the Ministry and Luka Koper agreed that for the further development of the Port of Koper it is necessary to build a second track between Koper and the hinterland, since as much as 60 percent of the cargo arriving or leaving the port travels by rail. The project is expected to be completed in 2025.